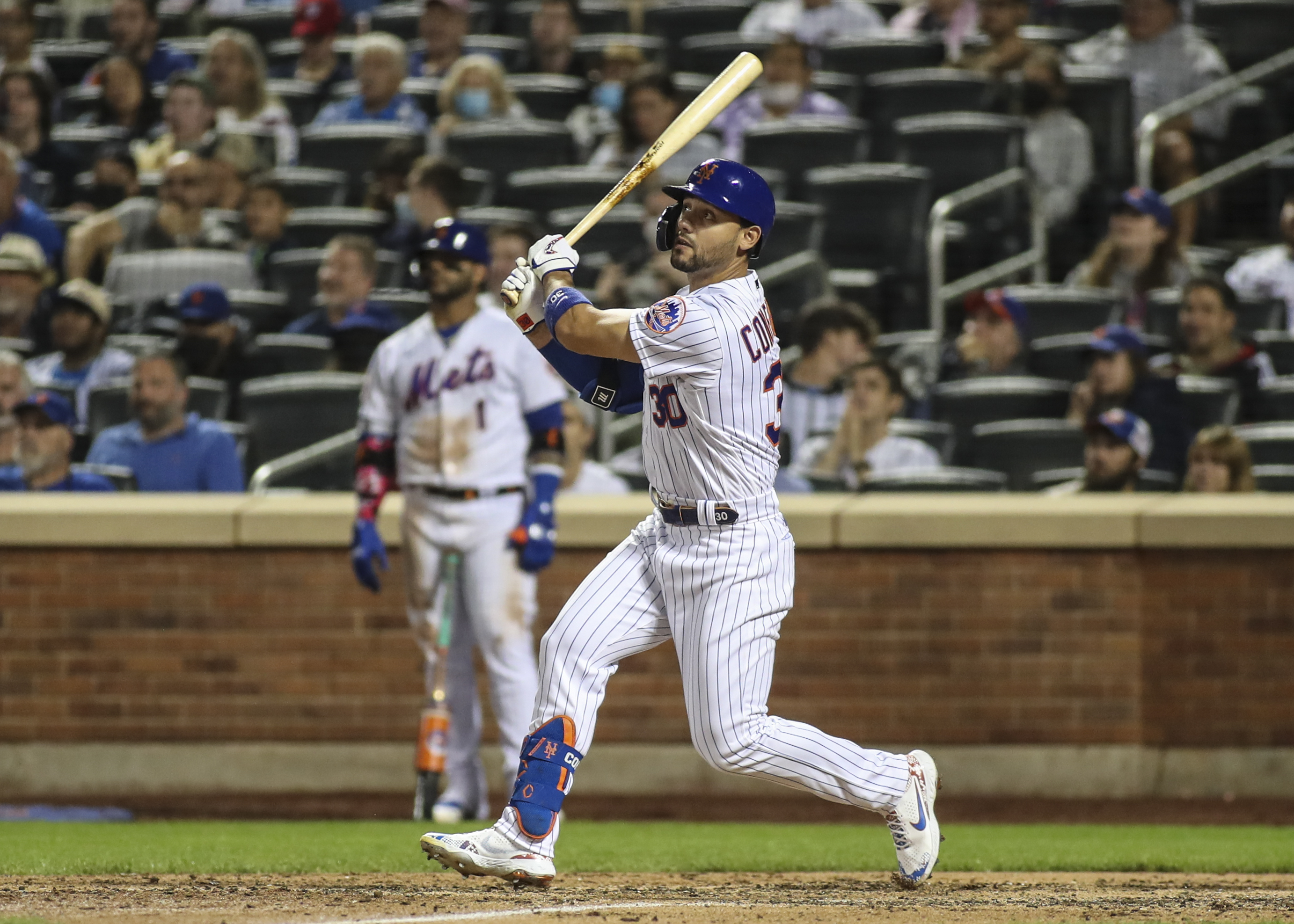 The New York Mets (62-67) finally found their way into a win last night after dropping four straight games to kick off their homestand. Michael Conforto’s pinch-hit three-run homer proved to be the difference as the Mets topped the Washington Nationals (55-73) 5-3 to even up their three-game series. The Mets did manage to gain a game in the National League East when the Atlanta Braves lost last night and will look to potentially pick up another by winning just their second series of August against the Nationals today. First pitch for today’s game is scheduled for 1:10 p.m. at Citi Field.

Right-hander Tylor Megill (1-3, 4.07 ERA) is set to take the mound for the Mets today. Megill was hit hard by the San Francisco Giants on Tuesday, giving up seven runs in 3.2 innings to suffer his third loss of the season. The Nationals will counter with righty Erick Fedde (6-8, 4.91 ERA). Fedde picked up his sixth win of the season on Tuesday, allowing one run in 6.1 innings against the Miami Marlins to earn his second consecutive victory.