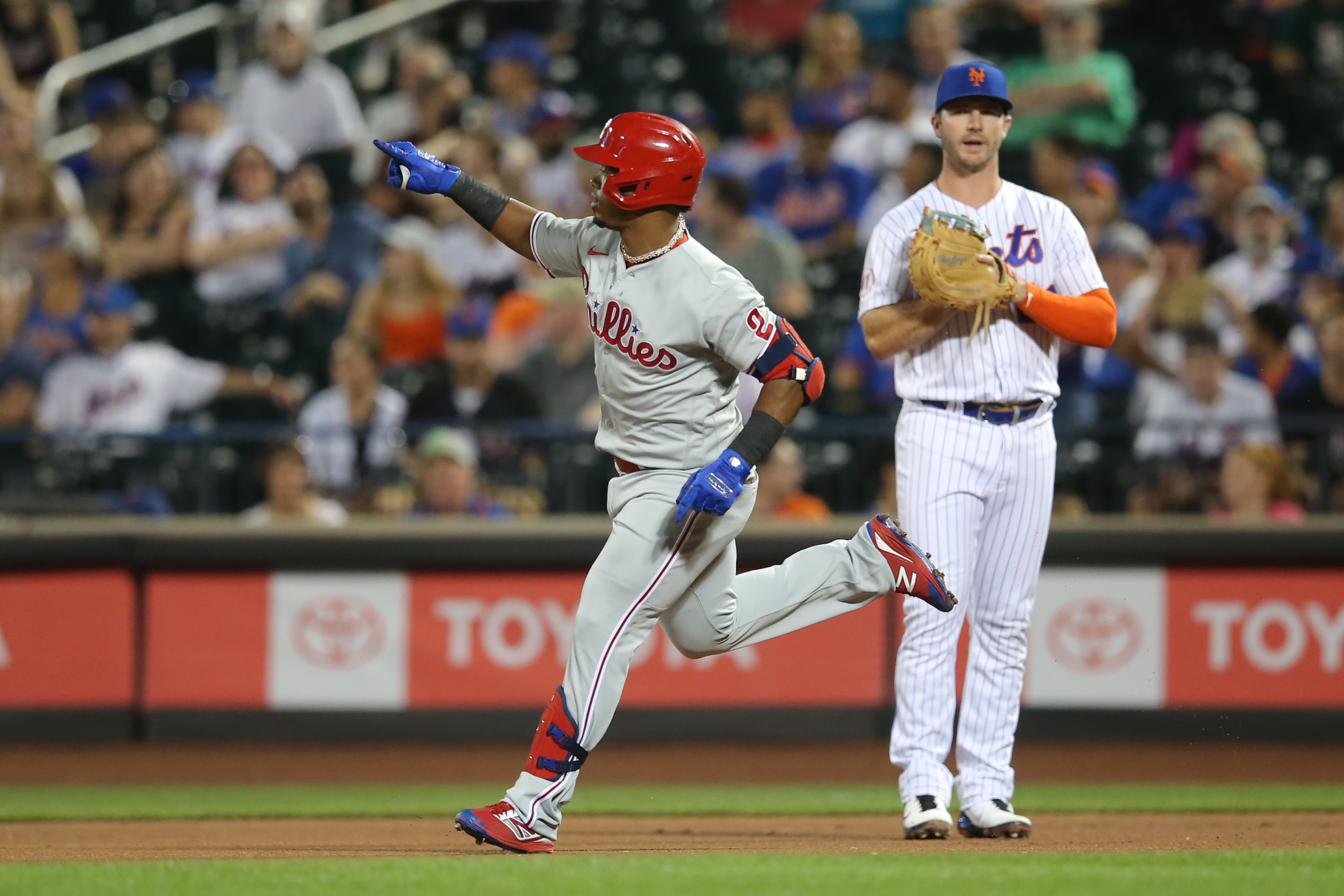 I’m trying to negotiate the dichotomy between being completely annoyed watching this team, and being sad that in two more weeks, we might not see the Mets until 2023. But in a weird way, once those two forces met and cancelled each other out in the recesses of my mind, then I was able to handle tonight’s 5-3 loss to the Phillies a lot better than I normally would.

I mean yeah, Carlos Carrasco gave up another first inning run. But I’m convinced that a Carlos Carrasco first inning is like Ed Norton playing Swanee River every time he plays a song. He’s just getting warmed up. And he only gave up two runs in six innings, so he was actually quite good. Those two blemishes were Jean Segura home runs, and it doesn’t even bother me that he has a lifetime batting average against the Mets of about three million.

Opposing batters are hitting .357 off Brad Hand since he joined the Mets. (They hit .351 off him during his stint in Toronto.)

And sure, Luis Rojas boxed himself into a corner in the 7th inning, pitching Brad Hand against the lefties at the bottom of the order, and being forced to bring in Trevor May when Hand failed. setting up a matchup between the righty May and the lefty MVP candidate Bryce Harper. After battling hard with each other, Harper lined a double to right to drive in two runs and turn a semi-interesting 3-1 game into an existential crisis.

It just doesn’t matter. None of it matters. There are other things to be upset about. Like the fact that we might not have a 2022 season. Or perhaps …

I know that FOX paid a ton of money for the rights to air Major League Baseball games. But was there anything left over to buy a PC so that somebody could look up simple shit on Baseball Reference? 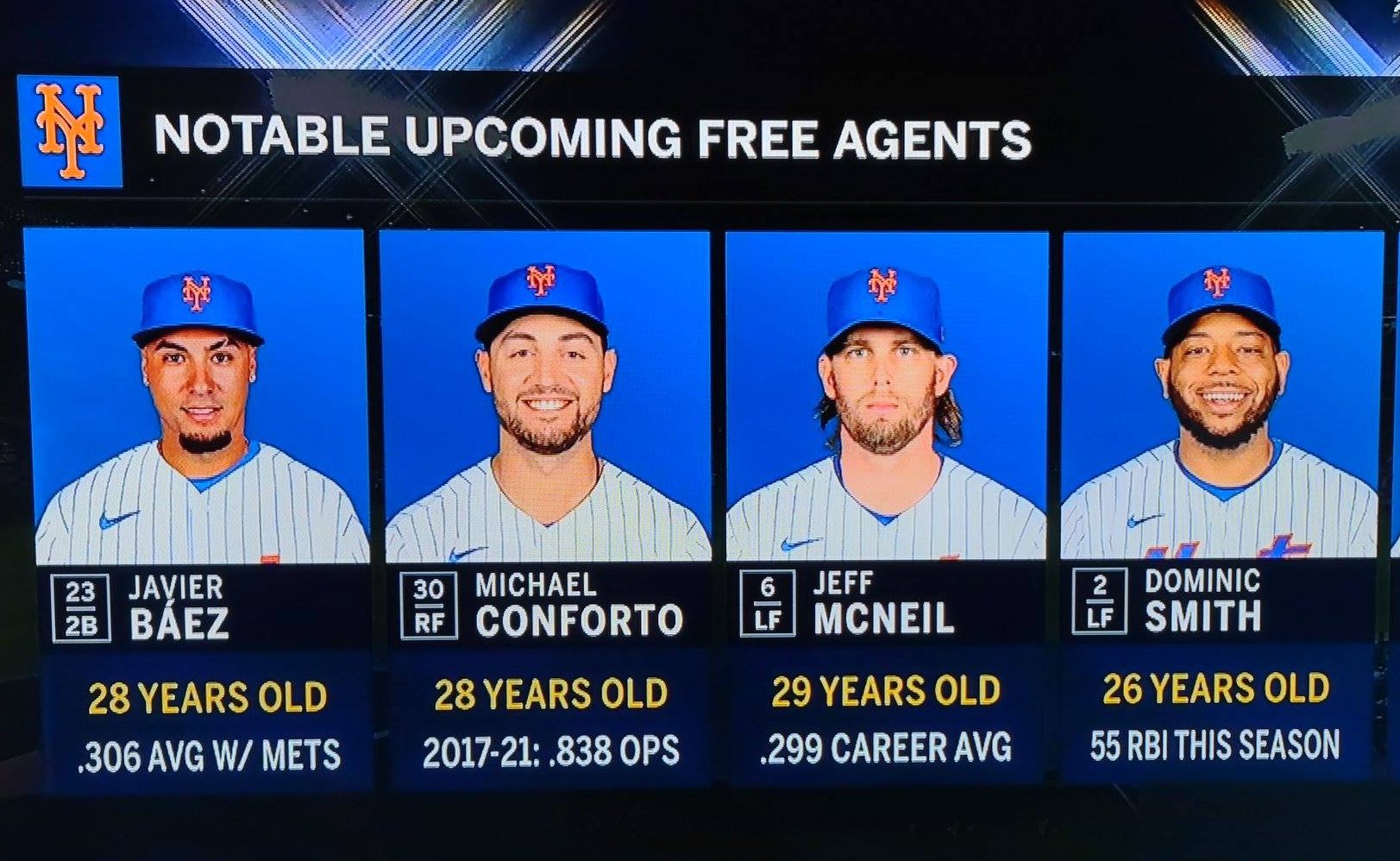 Well if by “upcoming”, you mean 2025, then sure, this is correct. But I’d be willing to bet that’s not what you meant. I know it’s September, and most of the FOX research people have been assigned to find out the name of Tom Brady’s pet iguana from 1987, and the only people left to work on the baseball broadcasts are the unpaid interns who might not know that there are two baseball teams in the five boroughs of New York City, or that there are five boroughs of New York City. But THIS ISN’T THAT HARD!!!!!