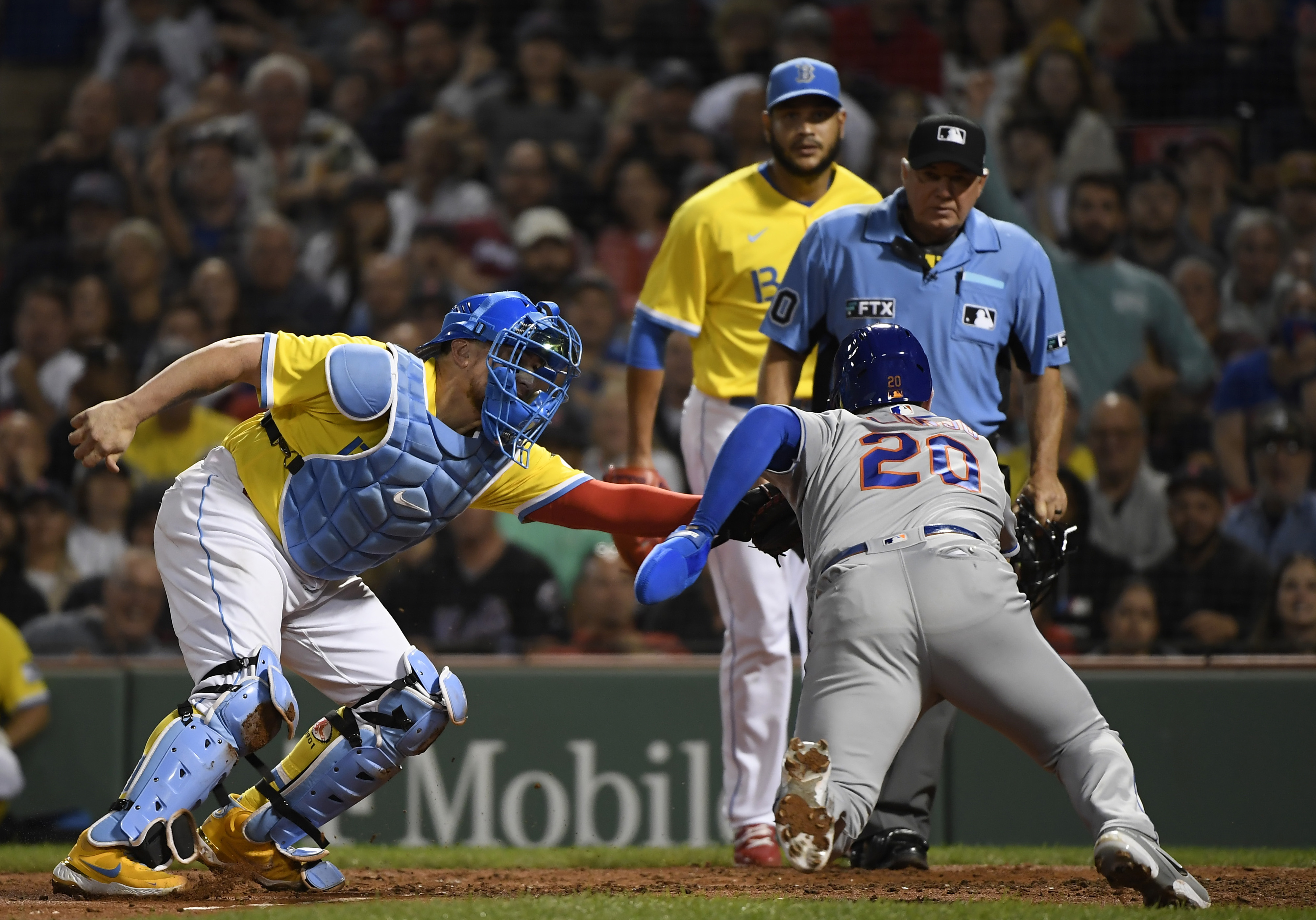 A question for Yankees fans … did you really think the Mets were going to help you tonight? I mean, did you think Bob Stanley was going to come jogging out of the bullpen and throw a wild pitch to Jonathan Villar?

Look, I have to root for the Mets every September. I know I’m in a bad place for most of them. It’s time that fans of other teams realize the following: Don’t depend on us. If you’re depending on us, you didn’t do your job correctly.

The Mets were up 1-0 in the 4th after Marcus Stroman got out of a bases loaded nobody out jam in the third. Michael Conforto hit a single to left center with the bases loaded to make it 2-0 as Javy Báez scored from third. Pete Alonso was on second base for the play.

“I love the aggressiveness,” Pete Alonso said of Gary DiSarcina’s send in the fourth. “I like that he waved me (around).”

Alonso said he was a “dead duck” after he rounded third. He also said hindsight is “undefeated."

Except that Alonso was right in front of Gary DiSarcina. Alonso stopped as the ball was hit, and then tip toed around the ball that rolled in front of him. Plus, Alonso isn’t Mookie Wilson. This had nothing to do with hindsight. This was about the failure of sight itself.

It’s almost as if DiSarcina went from being the human stop sign to being Windmill Gary like he’s at a mini golf course. He might need to send his resume to the folks at Alley Pond when this season is over. Maybe that realization is why he was so angry in the dugout.

3rd Base Coach Gary DiSarcina was not happy with himself when he returned to the dugout in the 4th inning after Pete Alonso was thrown out at the plate pic.twitter.com/B8ruaYNEkR

Predictably, the Mets started to fall apart after the truncated rally. Unfortunately, it was because Marcus Stroman didn’t have it. His mechanics were off, as he revealed at his post game newser, and he proceeded to give up a run in the bottom of the fourth on a ball that Kevin Pillar misplayed in left, and three runs in the fifth on home runs by Kee-Kay Hernandez and Xander Bogaerts. Brad Hand then came in for the 6th and got the first two outs before becoming Conor McGregor. He hit a batter, walked the next two, then gave up a single to Bogaerts to make it 6-2 and put the game completely out of reach, as Calvin Schiraldi, Al Nipper, and Steve Crawford were nowhere to be found. One of the big questions, as always, will be “whatever happened to Oil Can Boyd?”