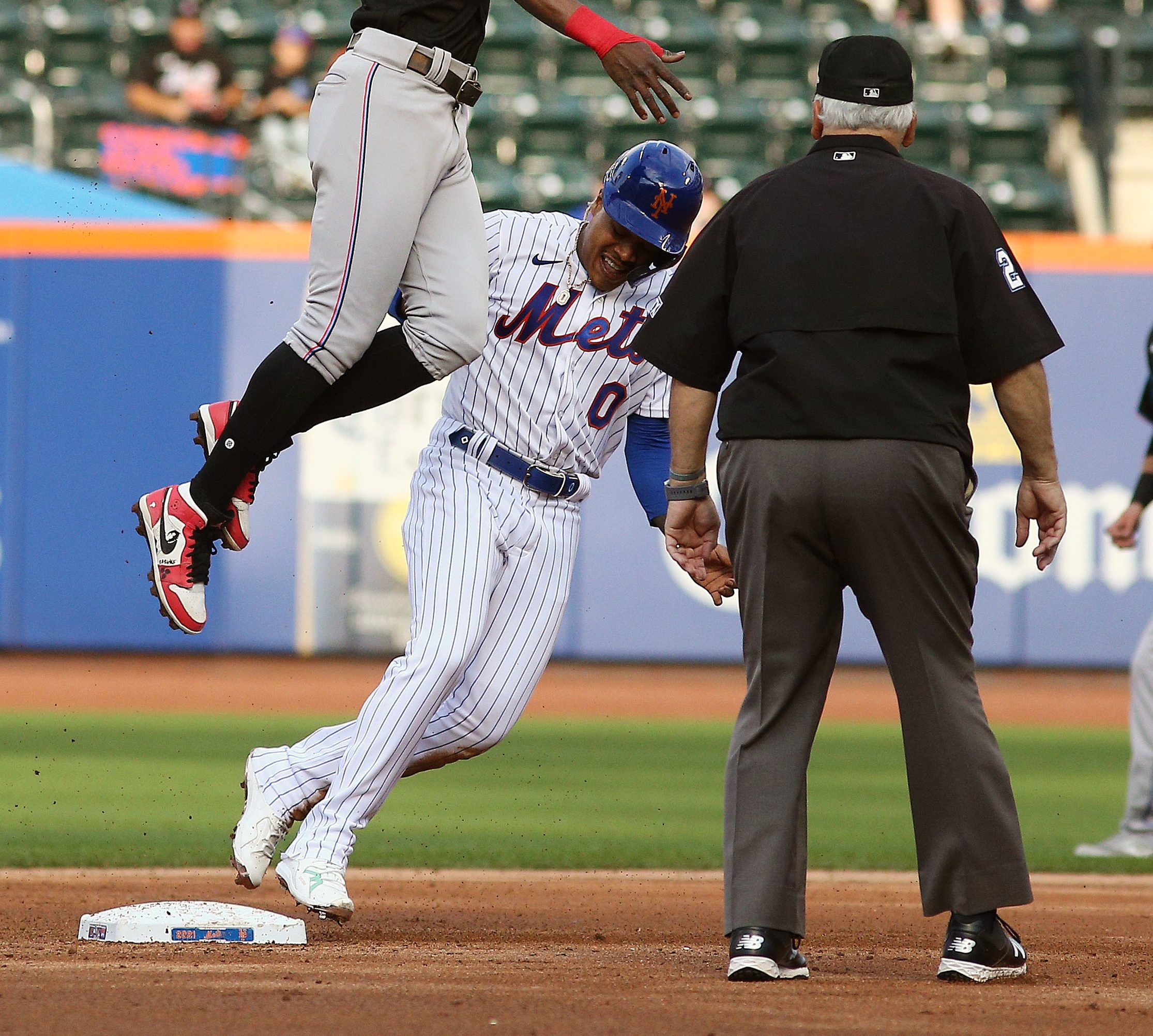 Let’s face it, we’re well past the point of combing through games looking for bad managerial moves and even standout performances. It’s September. The Mets are out. So it’s time to look for the plays that give us the simple pleasures in life.

Marcus Stroman topped a ball to third with two outs in the second inning. Eddy Alvarez, with an easy play and a pitcher conserving energy jogging down the line, threw the ball to East Elmhurst. So Stroman reaches base and gives a little fist pump. I thought the fist pump was weird because surely he wouldn’t celebrate another man’s error, would he? But it all made sense soon after. He must have been pumping his fist because “hey, I can steal a base!” Which he did, and then took third on another error, this time by catcher Nick Fortes.

Marcus Stroman said he was talking with Jacob deGrom, Taijuan Walker, and Luis Rojas earlier today about stealing if he got on-base.

“The situation just happened to present itself so I was like I gotta do it, I can’t be all talk.”

It’s one of those September moments that I’ll remember much longer than, say, Francisco Lindor’s sixth inning home run to put game one of their double header against the Marlins away. We don’t laugh enough as a society. We sure as hell don’t laugh enough as Mets fans. Marcus Stroman provided that laugh today. Never mind the win or the three Marlins errors or Stroman’s great performance on the mound or anything else from this game that will live on only on baseball reference dot com. We needed a memorable moment. Stroman stealing second? That put a smile on my face. I only hope it’s not his last memorable moment as a Met.

Noah Syndergaard pitches in about 20 minutes.