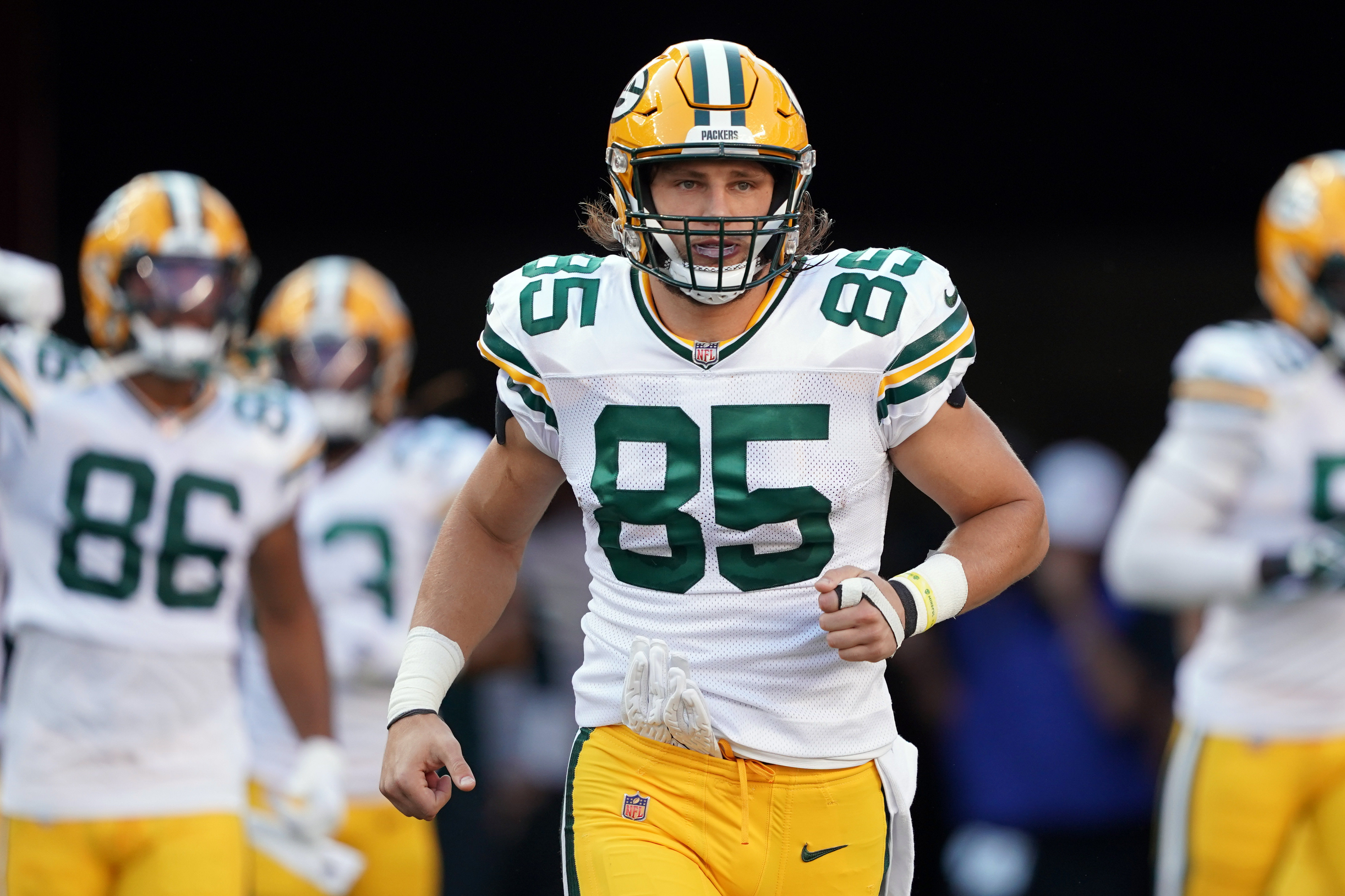 The Green Bay Packers got some bad news after their dramatic 24-21 win over the previously unbeaten Arizona Cardinals Thursday night. Starting tight end Robert Tonyan suffered a torn ACL in his left knee during the game and will be lost for the season.

The former Indiana State star was injured after making a 33-yard catch late in the third quarter. It was the longest play from scrimmage for the Packers in the entire game.

Even before the doctors came up with an official diagnosis, Packers head coach Matt LaFleur knew the injury was bad. “I’m sick for him. I’m sick for us,” LaFleur told reporters after the game. “My heart goes out to him.”

Tonyan deserved to go to the Pro Bowl after the 2020 season when he caught 52 passes for 586 yards and 11 touchdowns. He caught an incredible 88.1 percent of the passes thrown to him according to pro-football-reference.com.

This season was more of a struggle for Tonyan. He caught 18 passes for 204 yards and two touchdowns, well off his 2020 pace. The injuries to the Packers offensive line and receiving corps were contributing factors. With both David Bakhtiari and Elgton Jenkins out of the lineup, the Packers asked their tight ends to chip opposing pass rushers to help protect quarterback Aaron Rodgers.

Now, Tonyan is out for the rest of the 2021 season. How will the Packers address the absence of their top pass catching tight end? They have several options on the roster right now.

Marcedes Lewis is the team’s primary blocking tight end and has started all eight games so far this season. At 37, Lewis is still an outstanding blocker and he’s tough to bring down after he makes a catch. He is not a downfield threat at this stage of his career and has nine catches for 108 yards through eight games.

Lewis will likely see a few more targets in Tonyan’s absence, but he will not become the team’s featured receiving tight end.

The player who took over as the top receiving tight end late in the Cardinals game was second-year man Josiah Deguara. He is the most likely on-roster candidate to take over Tonyan’s role.

Deguara was drafted in the third round of the 2020 NFL Draft and played in two games as a rookie before being lost for the year with a knee injury. This season, Deguara returned to the lineup and has played in 23 percent of the Packers offensive snaps through eight games.

When the Packers drafted the former University of Cincinnati star, they envisioned him lining up in multiple places on the field. At times he would line up as a fullback, sometimes an H-back and sometimes as a traditional tight end.

Deguara has the most elusiveness and downfield ability of the remaining tight ends on the Packers roster. Look for him to get the biggest playing time increase if the roster remains the same.

The Packers activated Dominique Dafney from the injured reserve prior to the game in Arizona. The free agent out of Indiana State is primarily a blocking tight end although he is a capable outlet receiver.

Dafney has yet to be targeted this season in three games but last year, he caught both balls thrown to him for 26 yards and one touchdown.

Look for Dafney to see more snaps in this offense now that Tonyan is out of the lineup. At most, however, he will finish the season with a handful of catches.

The Packers have one more tight end on their active roster right now and that is Tyler Davis. The second-year man out of Georgia Tech was signed as a free agent early this season after being released by the Jaguars. In five games on the active roster this season, he has a total of five offensive snaps. Most of his action has come on special teams.

The Packers still have Bronson Kaufusi on the practice squad. The 6’6”, 270-pound converted defensive lineman is short on experience but has the size and attitude the Packers like. Kaufusi would be used almost exclusively as a blocker and does not have much history catching passes.

The issue for the Packers is that except for the inexperienced Deguara, none of the players presently on the roster possess the ability to get downfield as a receiver.

The NFL trade deadline is coming up next week and it remains possible that the Packers try to acquire a tight end who can be a bigger factor in the downfield passing game. GM Brian Gutekunst has proven he is “all-in” this year and has acquired players like Rasul Douglas, Corey Bojorquez, Jaylon Smith and Whitney Mercilus to help the team win this season.

The question facing Gutekunst now is whether he feels comfortable with the tight ends presently on the roster or if he feels the need to fortify the position with more talent. If the latter is the case, will he sign a street free agent or does he feel compelled to add a better player via trade despite what that may cost the team in draft picks?

The loss of Tonyan is a blow for the Packers. He adds an element to the offense that it has lacked since injuries forced Jermichael Finley to retire almost a decade ago. This Packers team has found ways to keep winning as injuries remove key player after key player from their lineup. How they adjust to the loss of Tonyan will be a big factor in the success of the offense in the season’s second half.