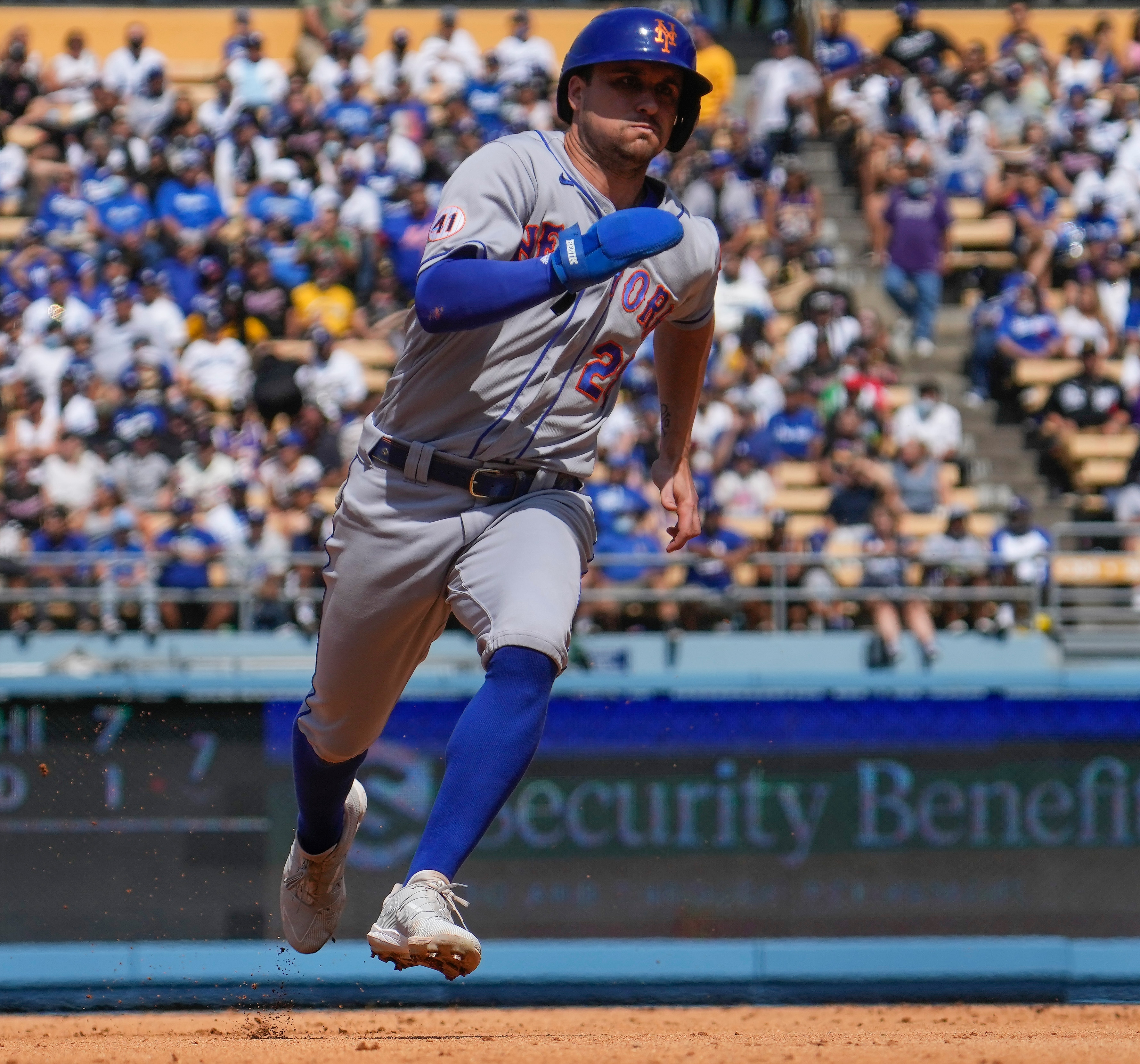 Now that the 2021 season is over for the New York Mets, we have been looking back at the year that was. After taking a more general view of the offense, pitching, and coaching staff, it’s time to take a deeper dive into the Mets’ players. This series will take a look at every player on the roster for the Mets at the end of the season from A (Albert Almora Jr) to Y (Jordan Yamamoto). The review will look at their season statistics, stories, and what role (if any) they will have next season. We continue the series today with a look at third baseman J.D. Davis.

Story: J.D. Davis entered the 2021 season as the Mets’ starting third baseman and came out of the gate red hot, batting .410 with two home runs and six RBI’s for the month of April. The course of Davis’ season changed on May 1 in Philadelphia when he was hit on the left hand, leading to a ligament injury that sidelined him for the next two and a half months. Davis came back after the All-Star Break and was never the same again, struggling to hit as the impact of the hand issues hampered his ability to swing the bat, making Davis a net negative for the Mets. The team eventually transitioned Davis to the bench in September, handing the majority of reps at third base to Jeff McNeil. Davis ended up undergoing surgery after the season to repair a torn ligament in his left hand.

Davis’ overall stats are decent but he was not an impactful hitter after getting hurt in Philadelphia. Already a minus defender, Davis’ offensive struggles made him borderline unplayable for the Mets down the stretch.

Davis is one of three Mets’ players (alongside McNeil and Dominic Smith) who underperformed in 2021 and isn’t guaranteed a role in 2022. The Mets will likely move some of these players to shake up the roster, which makes the decision difficult since all three guys are arbitration-eligible and shouldn’t make a ton of money.

Davis’ specific case lies in the fact that he can hit very well, a skill that could make him valuable to the Mets with the DH likely coming to the National League whenever a new CBA is signed. The issue is that Davis is unplayable in the field, making him a bit underwhelming as a full-time DH. The odds are likely that Davis is traded to address another need on the roster although the Mets could easily bring him back if they don’t find a deal worthy of sacrificing Davis’ offensive upside as a bench piece in 2022.