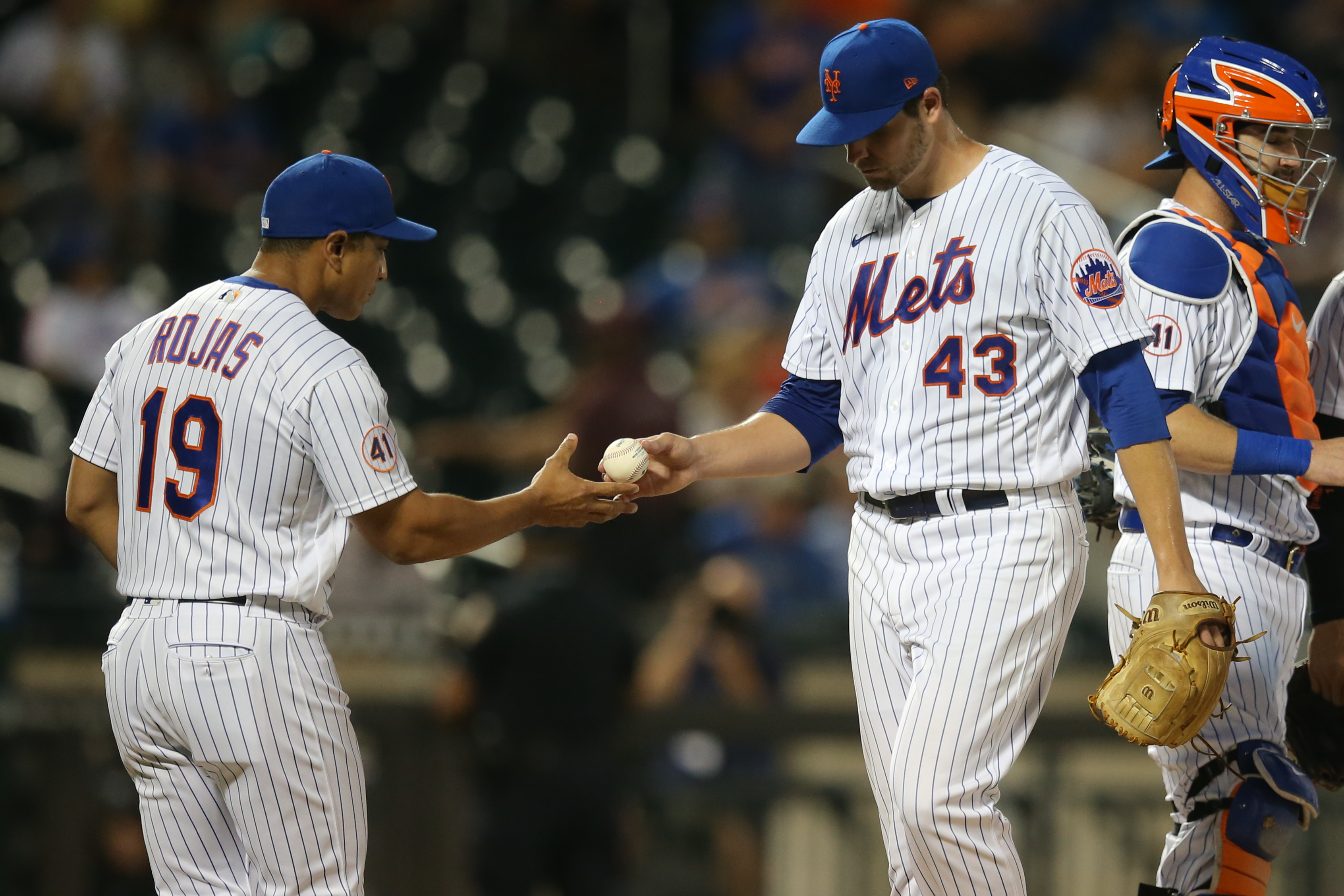 Now that the 2021 season is over for the New York Mets, we have been looking back at the year that was. After taking a more general view of the offense, pitching, and coaching staff, it’s time to take a deeper dive into the Mets’ players. This series will take a look at every player on the roster for the Mets at the end of the season from A (Albert Almora Jr) to Y (Jordan Yamamoto). The review will look at their season statistics, stories, and what role (if any) they will have next season. We continue the series today with a look at starting pitcher Jerad Eickhoff.

Story: Jerad Eickhoff signed a minor-league deal with the Mets in December with an invitation to spring training. The Mets let Eickhoff compete for a job in spring training and sent him down to AAA Syracuse to start the season. Eickhoff was added to the big league roster on June 21 when the Mets needed a starter for a doubleheader. After one good start and one bad one, the Mets designated Eickhoff for assignment, returning him to Syracuse after he cleared waivers.

The Mets added Eickhoff to their roster again on July 11 when they needed a bulk guy for a bullpen day on the final day of the first half. Eickhoff didn’t give the Mets the length they needed, lasting just 2.2 innings in a game the Mets ended up losing, but an injury to Jacob deGrom opened up a spot in the second-half rotation for Eickhoff. That start against the Cincinnati Reds was a disaster as Eickhoff gave up seven runs (although just two were earned) in 3.2 innings, leading the Mets to waive him for a second time.

Eickhoff declared free agency after clearing waivers and was on the street for about a week before the Mets re-signed him on July 25 to fill their need for a spot starter. The situation was an impossible one for Eickhoff, who hadn’t thrown in a game since July 19 and was shelled by the Atlanta Braves in a game the Mets needed to win on July 27, giving up 10 runs in 3.1 innings to suffer a brutal loss. The Mets waived Eickhoff again after that start and he spent the rest of the season with AAA Syracuse.

As a depth starter, Eickhoff didn’t give the Mets what they expected out of him. The Mets also deserve some blame here, notably for their poor decision to put Eickhoff in a no-win situation against the Braves on July 27 simply for having a lack of capable starters in their organization.

Eickhoff elected free agency after the season and will move on to find another opportunity elsewhere. The Mets will look for more rotation depth over the winter, presumably trying to find another starter on a minor league deal like the one Eickhoff signed last winter.

Check back tomorrow as our Player Review Series continues with a look at relief pitcher Jeurys Familia!