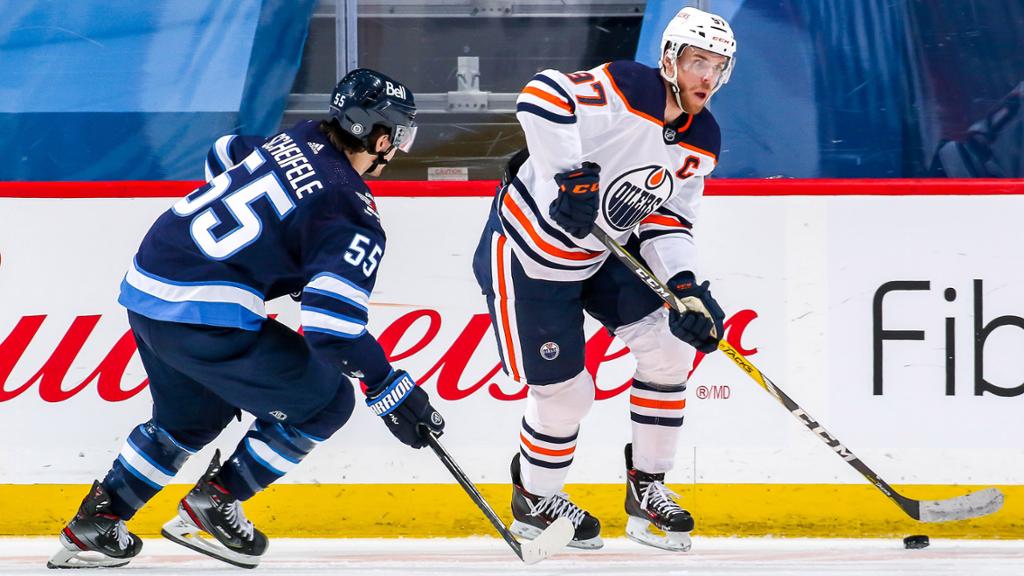 The Oilers are back home after a disappointing 5 game road trip that saw them go 2-3-0, taking on the Jets for the second game in a row.

The Oilers were handled in Winnipeg, starting from the early moments of the game where Koskinen allowed a bad goal, a personal trend that has irked the Oilers faithful. From there the Jets were able to ride a strong goaltending performance from Hellebuyck to the victory, and the Oilers are likely to face off against the perennial Vezina candidate once again in tonight’s game.

The Oilers should come out of the gate a lot stronger tonight as Winnipeg has continued their winning streak against them.

Edmonton: Derek Ryan is out with concussion-like symptoms.

Winnipeg: Stastny is out with a lower body injury.

Edmonton: The Oilers bottom 6 has started to dry up, so getting some kind of production from the shifting sands of the lineup will be crucial. McLeod has looked steady so far this year, while his line might be without very much offensive upside, the trio should be looking to outperform their Winnipeg counterparts. It is time for Tyler Benson to start establishing himself with some authority as well.

Of course, seeing how Skinner is able to rise to the occasion is huge, for tonight but also in the long run. Whether or not GM Holland is required to make a move to upgrade the position relies on many factors, from the health of Smith down to the play of Skinner. If he’s able to earnestly push for Koskinen’s job outright in the near future it becomes less likely to envision the Oilers making a move for goalie X, Y, or Z who might be available.

Winnipeg: at this point we are pretty familiar with this Jets team. The Connor-Dubois and Scheifele-Ehlers tandems are both dangerous, but perhaps one of their best transactions in recent history has been the Trouba for Pionk deal with the Rangers. At the time, Pionk looked ok on a not-very-good Rangers squad but has since shown he is a well rounded, two-way force.