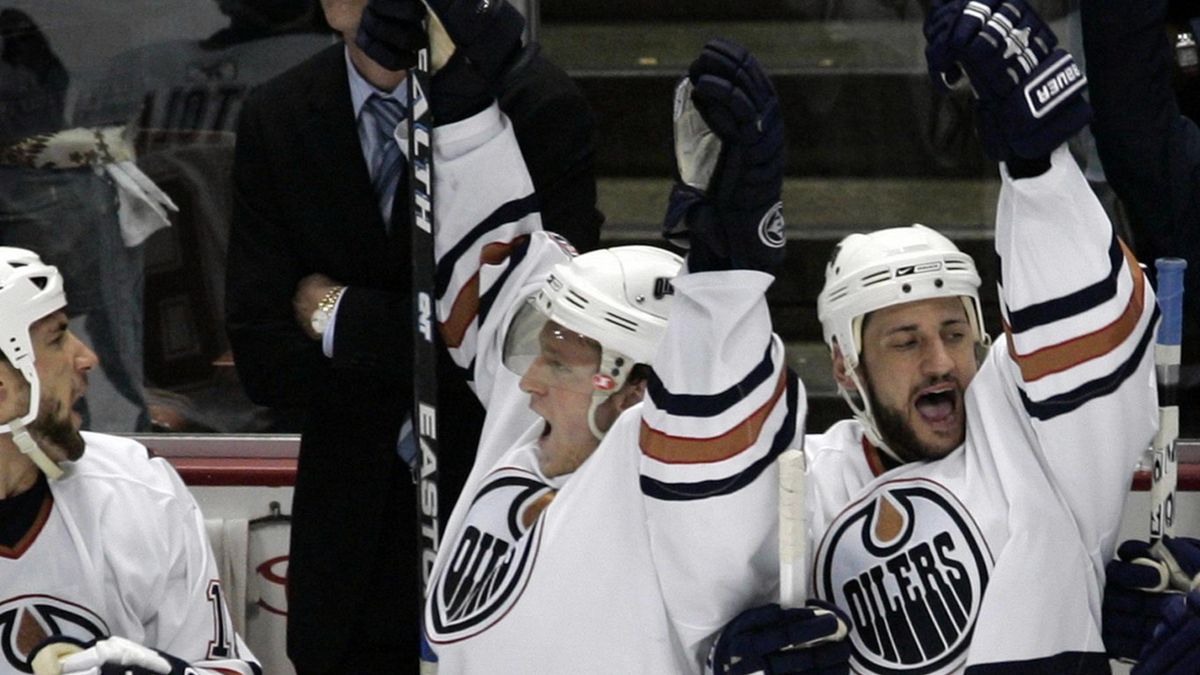 The Edmonton Oilers were riding high as Game 2 of the 2006 Western Conference Final approached. After falling behind 2-0 in their Semifinal series with the San Jose Sharks, the Oilers rattled off five straight wins to both knock off the Sharks and jump ahead 1-0 on the Anaheim Ducks.

15 years ago tonight, the Oilers returned to Arrowhead Pond in Anaheim with a chance to take a stranglehold on the series. A win would have the Oilers returning to Rexall Place with a 2-0 series lead and total command.

Once again, special teams played a factor for the underdog Oilers.

The Oilers opened the scoring for the second time in the series, this time on the powerplay. Sergei Samsonov stormed into the zone and fired a shot on Ilya Bryzgalov that was quickly turned away. The rebound popped out to Ryan Smyth, who played the puck back to Chris Pronger at the point.

Pronger and Ales Hemsky played catch, with Pronger finding Hemsky along the near wall before the talented winger returned the favor, setting Pronger up for a one-timer. His blast cleanly beat Bryzgalov at 13:08 of the first period, and had the Oilers off and running.

The Ducks were able to climb back into a tie for the second straight game, evening the affair 1-1 at 6:12 of the second period. Samuel Pahlsson’s centering attempt from behind the Edmonton net hit a body, but the puck bounced right to veteran forward Jeff Friesen. Friesen put a backhand shot into traffic that slipped by Dwayne Roloson to tie the game.

The tie didn’t last long, however, as the Oilers were able to fight back and regain their lead. Samsonov found a loose puck in the near corner of the Ducks zone, and was able to weave his way into the faceoff circle and into position to pass the puck back to Fernando Pisani.

Pisani, just above the faceoff circle, leaned into a wrist-shot that clanked off the post and into the goal at 17:09 to give the Oilers a 2-1 lead they would not lose.

The Ducks created a few good chances on a powerplay midway through the third period, but for the second game in a row Roloson slammed the door shut. Michael Peca, continuing his hot stretch of play, cemented the win with an empty net tally at 19:42, his fourth of the playoffs.

For the second time in three nights, the Oilers skated away with a 3-1 victory in Southern California. Edmonton had won six straight games at this point, and held a strong 2-0 lead. Just two wins away from their first berth in the Stanley Cup Final since 1990, the Oilers were returning home full of energy and confidence.

What awaited them back in Northern Alberta was a Game 3 that would go down as one of the most entertaining and wild games of the entire 2006 playoff.