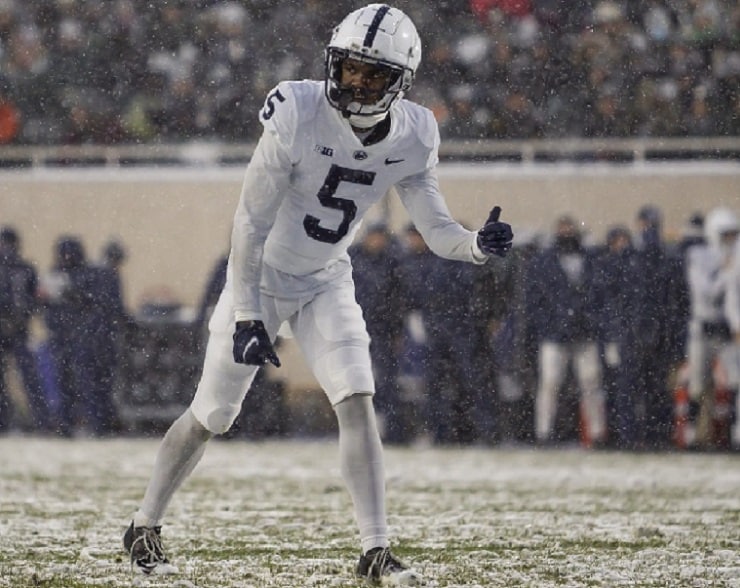 The 2022 NFL Draft Class has insane amounts of talent at the WR position. The depth of the class even somewhat devalues those who are at the top of draft boards, with teams having the luxury to take a phenomenal talent throughout Day 2. However, those who are the best are still worth noting. The buzz of the first round is too loud for anything else to be the case. As such, here is a list of the top five WR prospects in the 2022 NFL Draft.

I could sit here and list all of the things that Wilson does well, but I won’t. It’s much easier to point to the few points of concern in his game.

Just kidding. Every player will get a breakdown of the good and the bad. Wilson has good hands, adjusts well to the ball, has good speed, has great field vision, and is of good size. He also is a decent route runner, a trait rarely developed beyond ‘decent’ by athletes at the college level.

Though Wilson is a decent route runner with room for growth he can lose his balance when making sharp cuts. This is by no means a deal-breaker and still has him at the top of this list, but it is worth noting. He also carries himself with a long-WR play style, which interrupts his intermediate routes.

When it’s all said and done Wilson would have his best year-one within a PA-boot system, but he has the tools to officially rank as the best WR in this draft class.

Don’t drink too much Jameson- he’s a beast, but The Bad makes The Optimal only The Good.

Williams has decent releases and good speed, both of which help him set up routes. He adapts well to zone coverage, finds the sticks, and adjusts well to the ball.

Williams’ slight frame is a point of concern, playing into struggles against press and competing for the ball in a crowd. Also, one wonders if that plays into his ACL tear in the national title game.

Williams can fit into any system, though teams would benefit from already having a true WR1 to rely on.

Drake is gonna be as famous as Drake.

He’s good after the catch and has good hands, but that’s almost irrelevant. Drake London has a fantastic contested-catch ability. And nothing is more QB-friendly.

London is a big man and runs routes as such. It’s a knock, but the proverbial door won’t fall down.

London fits any team with any scheme. However, I will say that a team with a young QB may be inclined to have London slide up two slots on this list.

Chris consistently finds the open zone, has good releases, has good hands and concentration, is good after the catch, and has decent speed.

His routes aren’t bad, though his hips remember where he is coming from.

His best fit is also likely a PA-boot system (in light of his route-running ability). He isn’t very big, so he’s destined for a number 2 role.

Dotson is the biggest surprise on this list, but he shouldn’t be.

Dotson is the most polished WR in this class. He has good hands, understands leverages, has a good base of routes, adjusts well to the ball, is good after the catch, and has good speed and awareness.

Like saving time by only saying the few errors in Wilson’s game, it is tempting to do the same here. The only concern is that he is small, but if he has the best career of any WR drafted in 2022, nobody should be surprised.

Dotson can go anywhere and play any spot on the field. He is that developed and has that much potential.

Bet On The Draft

For those of you looking to bet on the 2022 NFL draft, check out our list of the best offshore sportsbooks.