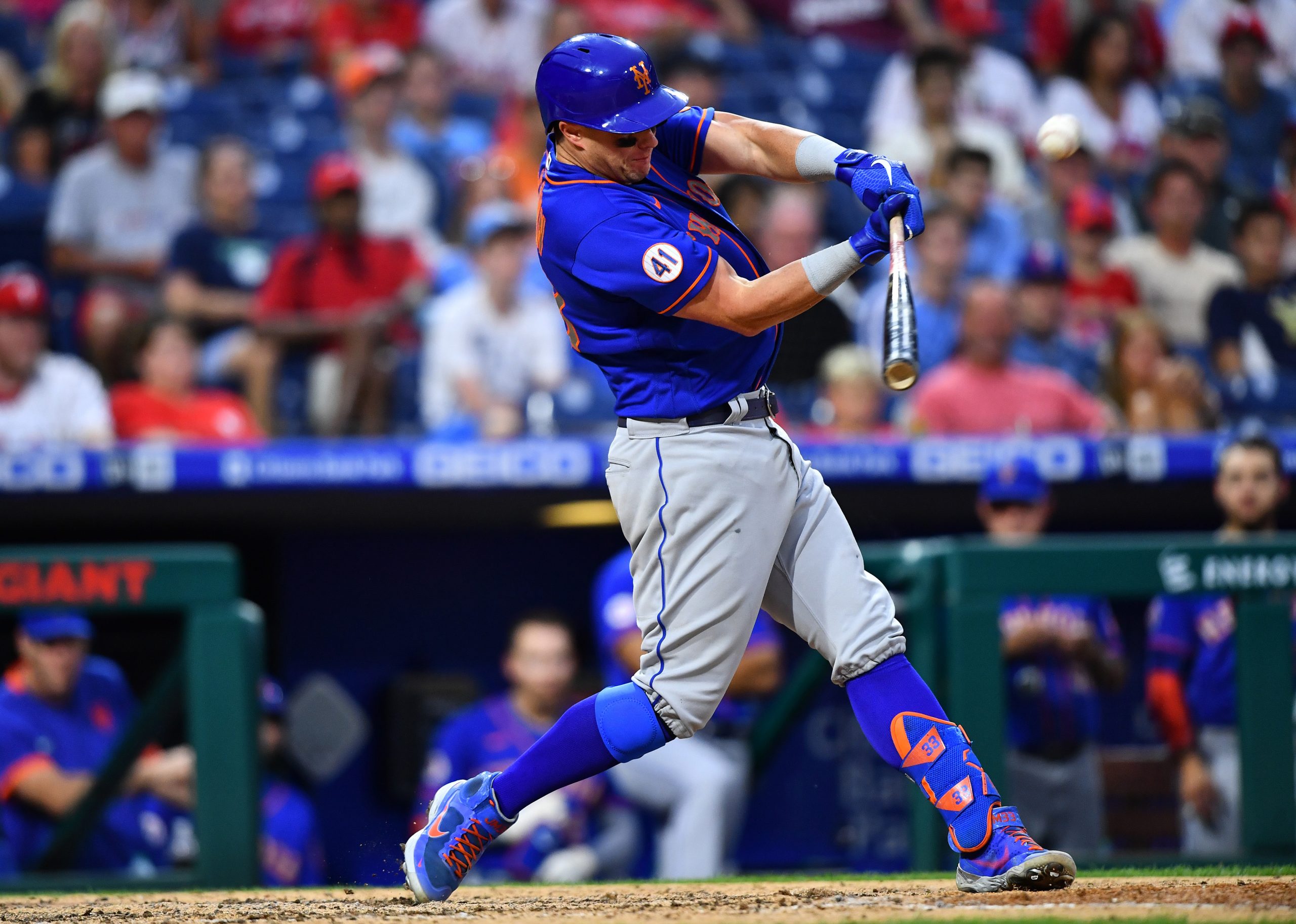 Rain washed out the middle games of a weekend series for the New York Mets (19-9), who got an extra 48 hours to bask in the glow of a glorious comeback on Thursday night. The Mets rallied from a 7-1 deficit in the ninth inning to stun the Philadelphia Phillies (11-15) 8-7 in their biggest ninth-inning comeback in 25 years. The two teams are set to resume their now rain-shortened three-game series this afternoon with a doubleheader. First pitch for Game 1 is scheduled for 12:35 p.m. at Citizen’s Bank Park while Game 2 will begin approximately 30 minutes after the conclusion of Game 1.

Right-hander Max Scherzer (4-0, 2.61 ERA) is set to take the mound for the Mets today in Game 1. Scherzer faced the Phillies in his last start, allowing four runs in six innings on Sunday night, and earned his fourth win of the season. The Phillies will counter with righty Kyle Gibson (2-1, 2.93 ERA), who faced the Mets in his last start on April 30. Gibson allowed just an unearned run in 4.1 innings of work but didn’t last long enough to qualify for the victory in a game the Phillies won 4-1.

Game 2 will see the Mets send righty Chris Bassitt (3-2, 2.61 ERA) to the bump. Bassitt pitched well against the Atlanta Braves on Monday, giving up three runs in seven innings of work, but was stuck with a tough loss due to a lack of run support. The Phillies will counter with young lefty Cristopher Sanchez (0-0, 5.40 ERA), who is expected to serve as the opener for a bullpen game. Sanchez’s last appearance came against the Mets last Sunday night when he allowed one run in 1.1 innings of relief.

This is the third doubleheader of the season for the Mets. They have swept both of their previous doubleheaders, including Tuesday’s twin bill against the Braves.

This will be the first doubleheader of the season for the Phillies.

Scherzer is 2-0 with a 4.09 ERA in two starts against the Phillies this season.

Bassitt has never faced the Phillies before.

Sanchez has made two relief appearances against the Mets this season, allowing two runs in 4.1 innings of work.

The Mets have recalled RHP Stephen Nogosek from AAA Syracuse to add another bullpen arm ahead of today’s doubleheader. Adonis Medina was technically sent down to free space on the active roster for Nogosek but will stick around to serve as the 27th man for Game 2 of the doubleheader.

Mark Canha will sit out Game 1 of the doubleheader. Jeff McNeil will move to left field and bat third while Luis Guillorme will start at second base and bat eighth.

Pete Alonso will serve as the DH in Game 1 and bat cleanup. This will allow Dominic Smith to start at first base and bat sixth.

Nick Castellanos is 6 for 14 (.429) with three doubles, a home run and two RBI against Bassitt.

The Mets can secure their eighth series victory of the season by splitting the doubleheader this afternoon. 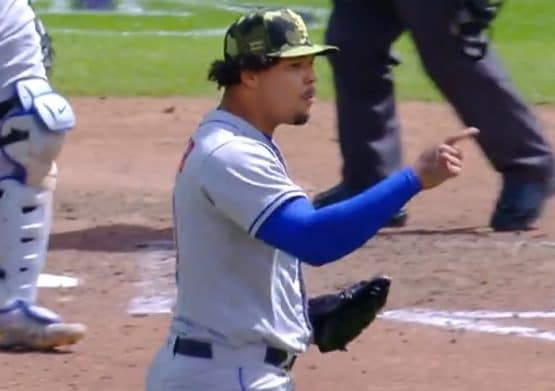 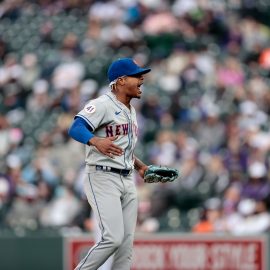 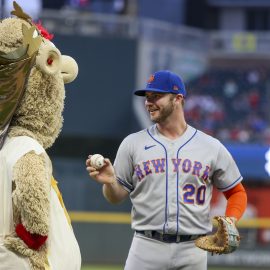 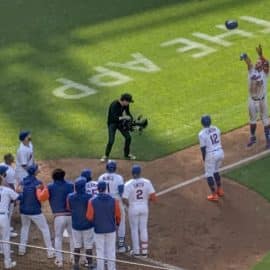