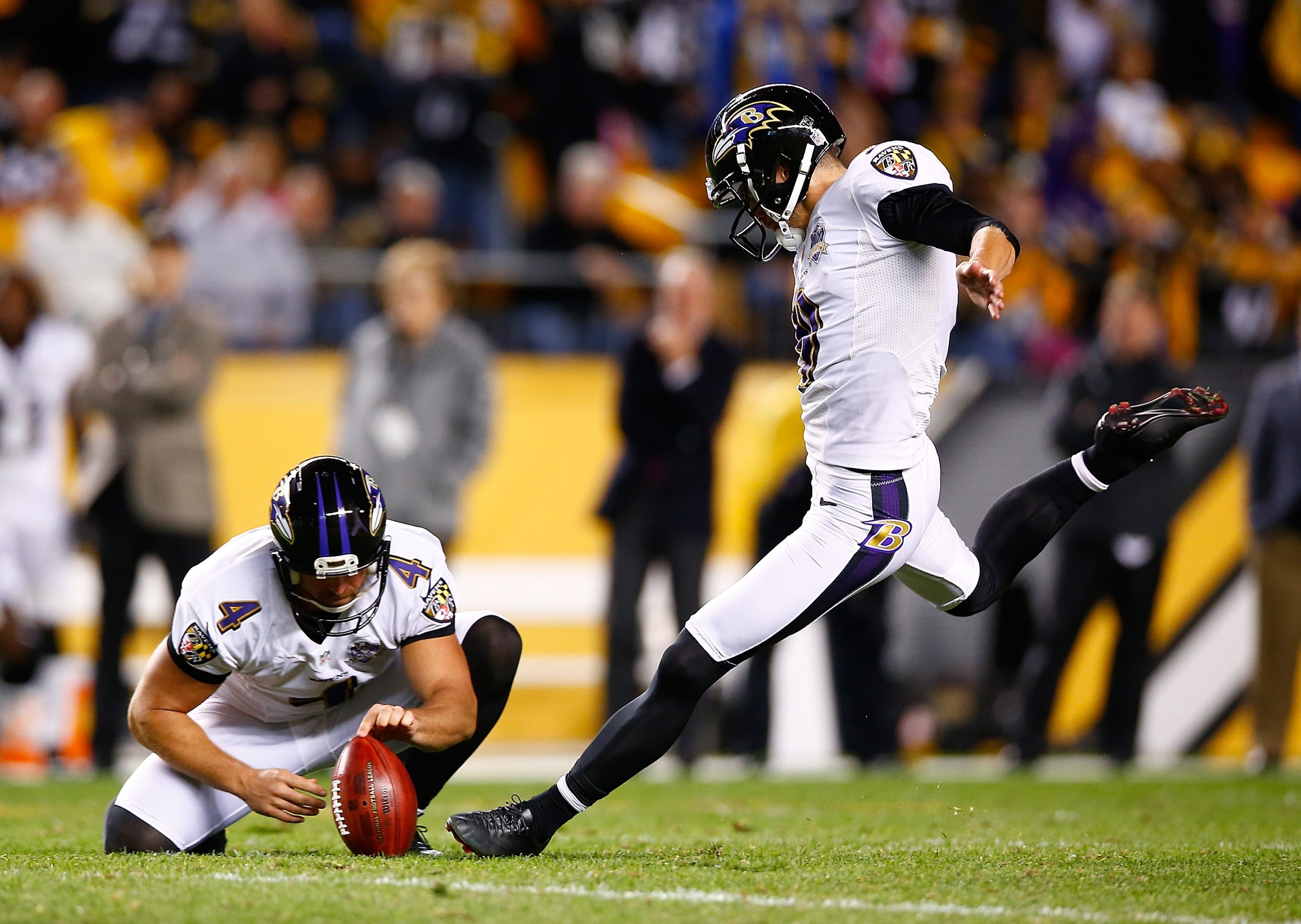 This game looked to be in the bag for Detroit, who had thoroughly outplayed the Ravens in the second half.  But somehow Lamar Jackson fought off a series of miscues on offense to connect on a deep ball with only seconds left in the game. It gave Justin Tucker just enough real estate to attempt a 66-yarder with time expiring.  The hold by Sam Koch was perfect, the kick was solid, but would it have the distance?

As soon as Baltimore Ravens kicker Justin Tucker hit the ball, he veered left hoping he would not come up short like he did on a couple of 65-yarders in pregame warm-ups.  But, after the ball bounced high off the crossbar and through the uprights, Tucker sprinted down the field, where he was swarmed by teammates and lifted up in celebration.

Tucker’s 66-yard field goal — the longest in NFL history — lifted the depleted Ravens to a dramatic 19-17 victory over the Detroit Lions on Sunday.

“Thankfully, we found an extra yard-and-a-half that I didn’t have three hours before,” said Tucker, who held the ball from the winning kick in his hand. “I’m grateful for that.”

Tucker is more than the record holder for the longest kick and the most accurate kicker in NFL history. He’s also the most clutch. Tucker improved to 16-for-16 in his NFL career on field goals in the final minute of regulation.

“He’s the best kicker in history,” Ravens coach John Harbaugh said. “When you have a kicker like that, you want to give him an opportunity like that. For him to come through like that is just historic.”

Tucker’s winning kick was set up by Lamar Jackson converting a fourth-and-19 with a 36-yard pass to Sammy Watkins, which wasn’t the original plan. Baltimore had another play called, but offensive coordinator Greg Roman changed it after the Lions called timeout with 26 seconds remaining.

Jackson still wasn’t sure it was going to be enough for his four-time Pro Bowl kicker who had made 48 straight fourth-quarter kicks, the longest active streak in the league.

“I’m looking and see how many yards it is. I’m like, ‘Dang, this is different right here. I’ve never seen him in this predicament,'” Jackson said. “I was hoping to get him closer. It was like, ‘If we get enough air, he’s going to make it.’ He came through.”

Lions quarterback Jared Goff said the team will “remain true” and resilient going forward since the narrative could’ve changed completely had the ball bounced on the other side of the crossbar.

“About as big of a gut punch as I’ve ever been a part of,” Goff said. “And, I guess I’ll start this off by saying this team and this city has been through a lot obviously in recent years and has had these gut punches.”

For the Ravens, they escaped with a victory after losing four defensive players to COVID-19 protocol just two days before this game. In total, Baltimore was without 13 players who counted at least $1 million against the cap because of injury or COVID-related issues.

Baltimore (2-1) went into the fourth quarter with a 16-7 lead and ended up trailing briefly.

Ryan Santoso made a go-ahead, 35-yard field goal with 1:04 left, giving Campbell an opportunity to win his first game with the Lions (0-3).

“It hurts because you put yourself in position to win,” Campbell said. “The silver lining is we’re getting better and I’m proud of the way they competed.”

Santoso was promoted from Detroit’s practice squad on Saturday after kicker Austin Seibert went on the COVID-19 reserve list.

Jackson was 16 of 31 for a season-high 287 yards with a touchdown and an interception. His teammates dropped at least four passes that could have potentially turned the closely contested game into a rout.

Mark Andrews had five receptions for 109 yards for the Ravens, who have won 11 straight games against NFC opponents.

Jackson perfectly placed two passes on one drive that should have been touchdowns, but Watkins and Marquise Brown failed to catch the football. Brown also dropped two passes on a single possession late in the first half, forcing Baltimore to punt.

“I know this city and this franchise have gone through a lot of gut punches in the last few years, but I’m telling you we will remain true and remain resilient and the gut punches will stop,” Goff said.

The Ravens often had to settle for field goals, and they’re fortunate to have one of the best ever handling that job for them.

Tucker, who was wide right on a 49-yard field goal in the first quarter, made a 39-yard kick with 10:05 left in the first half to put them ahead 3-0. Tucker made two field goals in the third.

“He’s a huge part of our game,” Jackson said. “If we’re not getting it done, he’s going to come through and give us three points here, three points there.”

The Lions have a history of losing on long kicks. In addition to the two by Tucker, Detroit was also on the wrong end of Tom Dempsey’s then-record 63-yarder in 1970 for New Orleans. Buffalo’s Dan Carpenter beat the Lions with a 58-yarder in 2014.

The Ravens ran for 116 yards, surpassing 100 yards for the 42nd straight game to pull within one of the NFL record set by Pittsburgh from 1974-77.