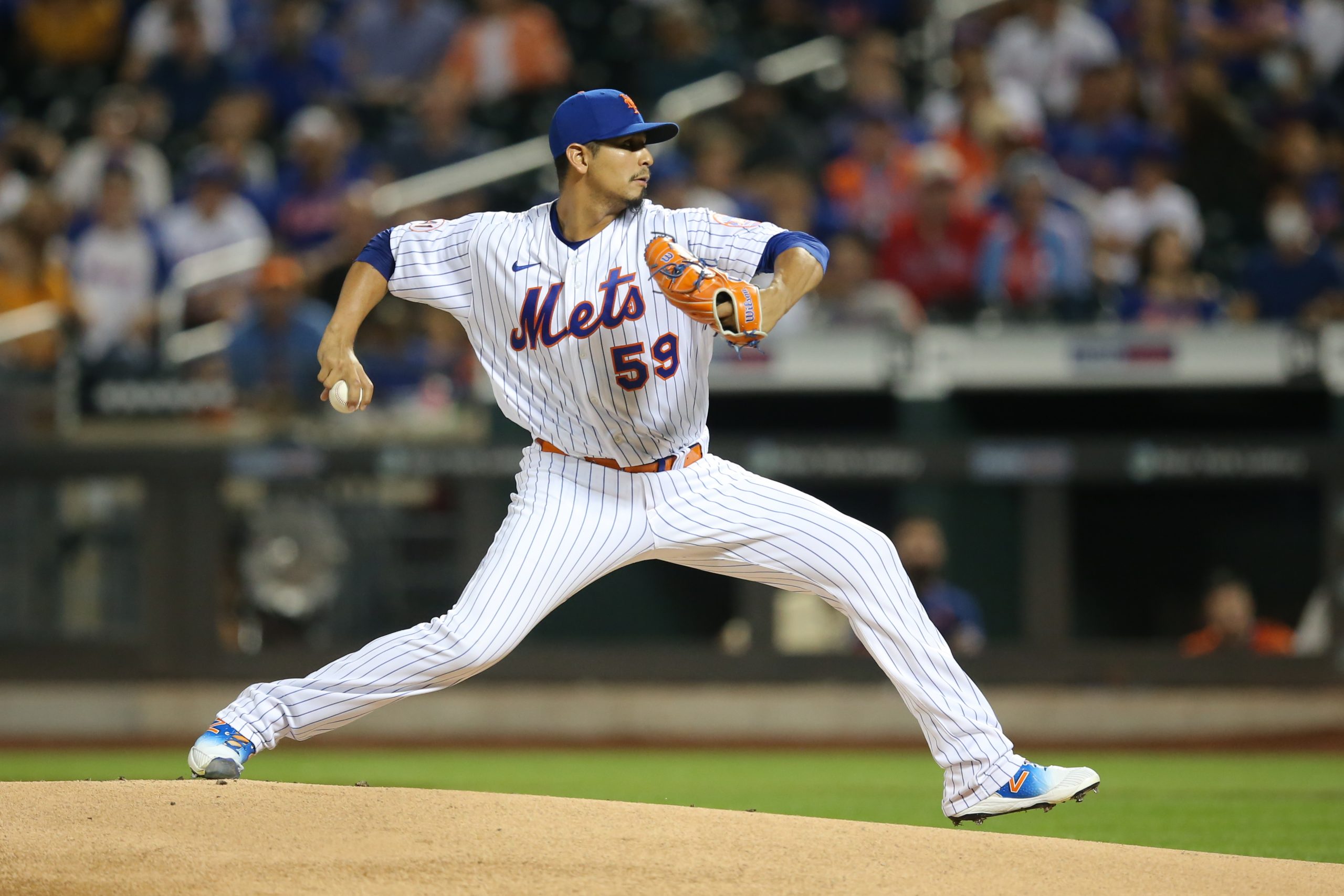 The trade deadline is less than two weeks away and the New York Mets (58-37) could really use some help in their lineup. The Mets’ bats have gone silent over the past six weeks, including a 2-1 loss to the San Diego Padres (54-42) last night that marked the Mets’ third straight defeat. The two teams will wrap up their weekend series tonight as the Mets aim to avoid getting swept in a three-game series for the first time this season. First pitch for tonight’s game is scheduled for 7:08 p.m. and will be televised nationally as part of ESPN’s Sunday Night Baseball package.

Right-hander Carlos Carrasco (10-4, 4.27 ERA) is set to take the mound for the Mets tonight. Carrasco picked up a win in his final start of the first half, tossing six shutout innings against the Chicago Cubs on July 14 to earn his team-leading 10th victory. The Padres will counter with righty Joe Musgrove (8-2, 2.42 ERA). Musgrove had a tough time in his final start of the first half, giving up five runs in five innings against the Colorado Rockies at Coors Field on July 13, but was not a factor in the decision. San Diego ended up losing that game 10-6.

Carrasco faced the Padres in San Diego on June 6, giving up two runs in seven innings of work to earn his seventh win of the year.

Musgrove is 1-4 with a 5.62 ERA in five career appearances, including four starts, against the Mets.

Daniel Vogelbach will make his Mets’ debut tonight by batting sixth and serving as the designated hitter.

Jeff McNeil is back in the Mets’ starting lineup after getting the night off yesterday. He will bat fifth and start at second base.

This is the final game of the season between the Mets and Padres. San Diego has secured a victory in the season series by going 4-1 in the first five games between the two teams.