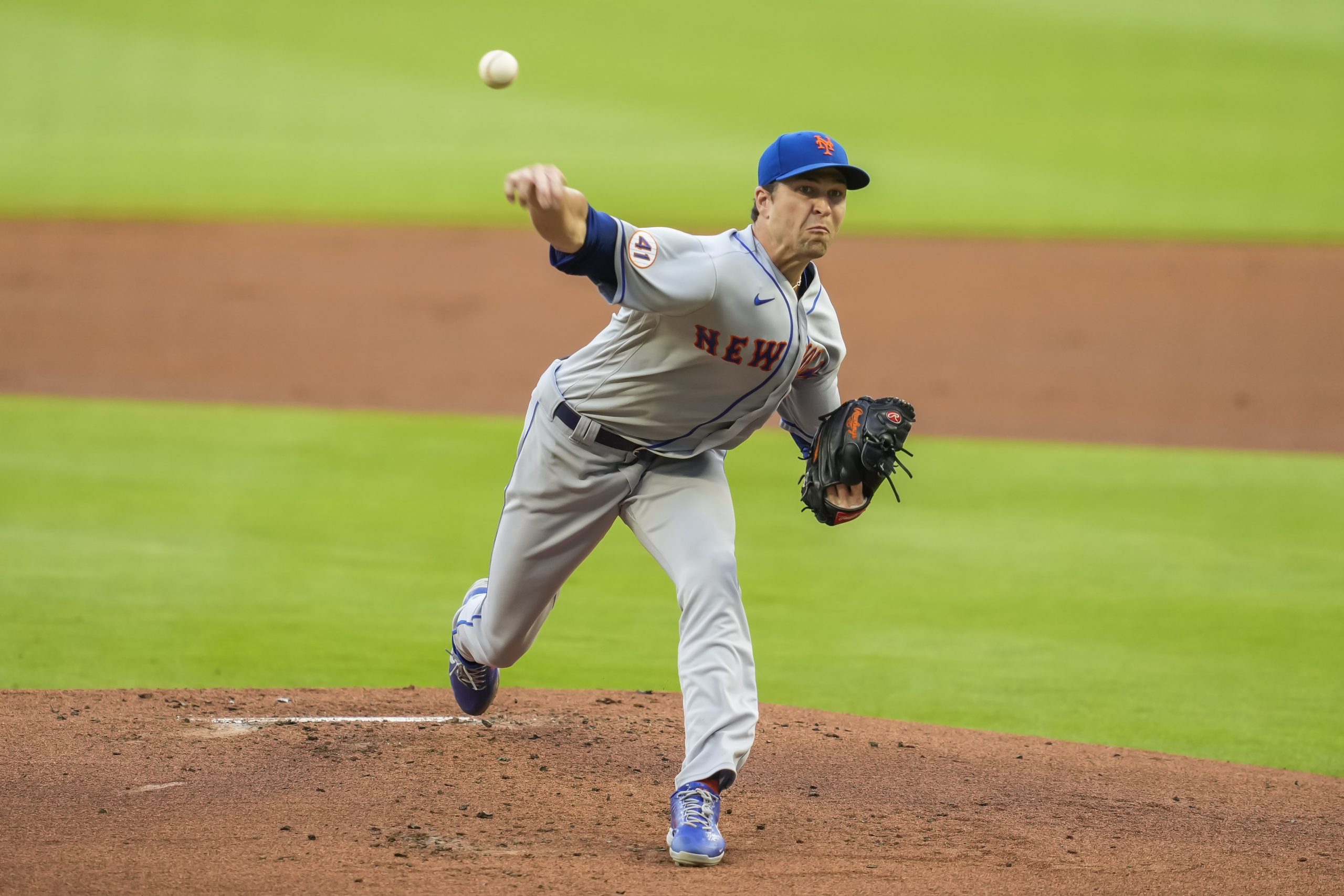 It felt inevitable that the battle for the National League East would come down to this weekend between the New York Mets (98-58) and Atlanta Braves (97-59). The Mets enter this three-game series with a one-game lead over the Braves after their win over the Miami Marlins on Wednesday while the Braves lost in extra innings to the Washington Nationals. While they do have an edge entering Atlanta, the Mets still need at least one win to retain control of their own fate entering the final series of the season. First pitch for tonight’s opener is scheduled for 7:20 p.m. at Truist Park.

Right-hander Jacob deGrom (5-3, 2.93 ERA) is set to take the mound for the Mets tonight. deGrom had his worst start of the season last Saturday, giving up five runs in four innings against the Oakland Athletics to suffer his third loss of the year. The Braves will counter with lefty Max Fried (13-7, 2.50 ERA). Fried pitched well in his last start, allowing only one run in five innings against the Philadelphia Phillies on September 22, but was stuck with a loss due to a lack of run support from his teammates.

The Mets are 9-7 against the Braves so far this season but lost three out of four against them in Atlanta when the teams last met in mid-August.

The Mets are 3-4 at Truist Park this season.

deGrom is 1-1 with a 3.65 ERA in two starts against the Braves this season.

Alvarez will make his Mets’ debut tonight by serving as the designated hitter and hit seventh.

The Mets can secure a victory in the season series with the Braves with one win, securing an important tiebreaker in the divisional race.

The Mets’ magic number to clinch the NL East is 6 but will drop by 3 if they can win tonight as a result of securing the tiebreaker.