A Different Form Is Coming 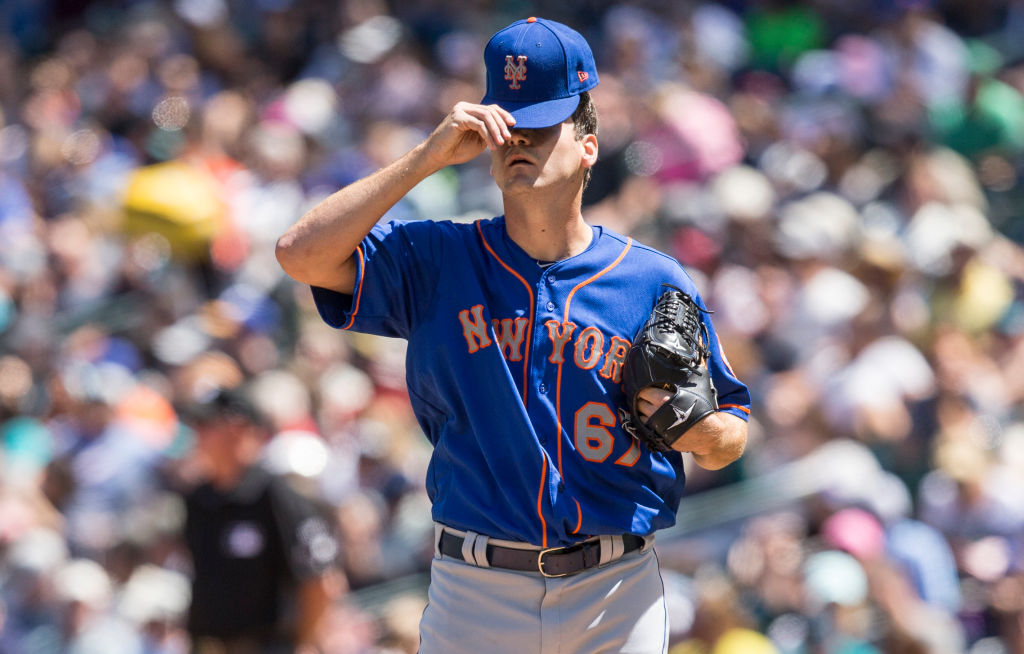 I got a late start to a television for the Mets game. But before I got to the television, I got to the phone that told me that it was 5-0 Mariners. So the late start that I got to the television extended to the eighth inning when it was already 7-0. But I got there in time to see AJ Ramos make his Mets debut and give up two runs, probably because he saw the scoreboard and figured that all the cool kids were doing it. (Those cool kids being Seth Lugo for five runs, Fernando Salas for an unearned run, and Josh Smoker for an earned run.)

The Mets dropped the deciding game of the series to Seattle by a score of 9-1, and maybe it was the deciding game for at least one Mets career. The team is probably already in Colorado. Some might not stay for Monday’s free crackers and wine at the team hotel. So what we saw on Sunday might have been the final time we see the Mets in that form. And if there is some late interest in some of the Mets’ options who may or may not be as appealing as some of the others out there, the form the Mets take on Tuesday might be drastically different than what we saw on Sunday. Considering Sunday’s score and 2017’s record, many of us will welcome that.

What this form will look like is anybody’s guess. Addison Reed, Asdrubal Cabrera, and to lesser extents Jerry Blevins, Jay Bruce, and Curtis Granderson might all be gone or some be gone or none be gone by 4:00 tomorrow. In a season like this, we can only be pumped as to who comes back in the deals. (Though it won’t be Jeimer Candelario, who looks like he’s going to the Tigers and would have been a fit here if the Mets had any starting pitching that was available/worth it.) I guess that’s part of why I was in no rush to watch on Sunday. A depressing loss by a team that wasn’t going to be the same team when next I saw them. I’m just ready for the next chapter. It can’t get here soon enough.