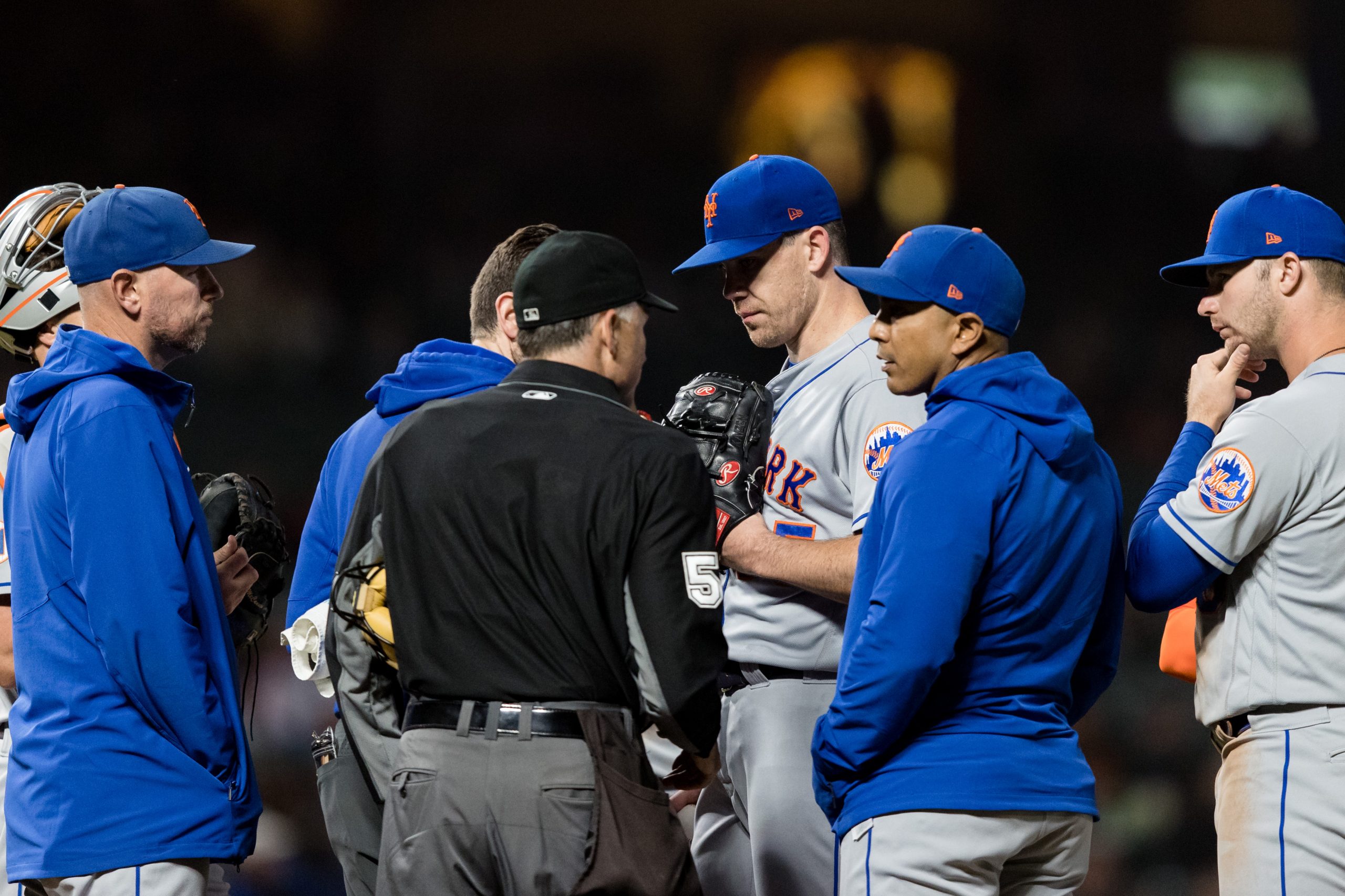 When Pete Alonso hit a two run triple to tie the game in the top of the 5th, and Dom Smith gave the Mets the lead with a sacrifice fly, it was an oasis in the desert. The Mets hadn’t had a triple in 68 games, and they were last in the league in sacrifice flies. But more importantly, the hitting approach which we have all been waiting for had returned! Alonso waited on a hanging splitter from Kevin Gausman and didn’t try to hit it into someone’s garlic fries. He took it the other way and got the big hit the Mets sorely needed to set up Dom’s sacrifice fly to give the Mets the lead for, like, three minutes.

But the oasis in the desert was merely a mirage, all of those bugaboos that have hurt the Mets returned, starting in the bottom of the 5th. Miguel Castro worked the fifth in relief of Rich Hill, and gave up a two run home run to Kris Bryant to lose the lead. Just to illustrate, here is Bryant’s 2021 heat map, courtesy of Fangraphs: 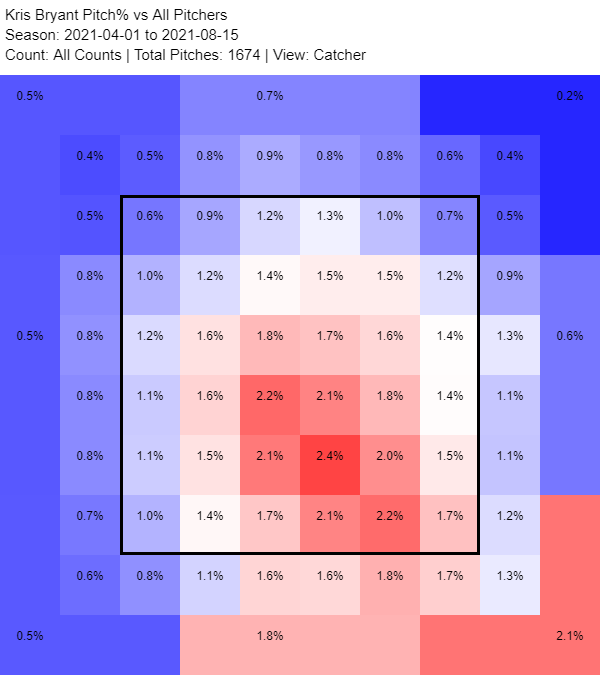 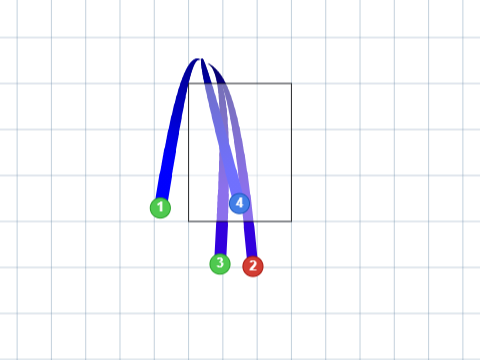 Probably not an advisable strategy to throw the ball into the hottest part of the heat map.

Then came the top of the 6th, and the Mets got two runners on base on a single by Jonathan Villar and a bunt single by James McCann. So first and second with nobody out down by a run. The Mets could have really used that great approach by Alonso to grab the lead back. But it abandoned them once again.  Pinch hitter Travis Blankenhorn lazily flied out on a curveball on the outer half … not a pitcher’s pitch. Then Brandon Nimmo for some reason swung at the first pitch and popped it up, and Michael Conforto struck out looking at a ball on the outer half.

That sequence crushed the Mets, or at least it set up the crush as Trevor May came in the game in the 7th and gave up two rockets to Brandon Belt and Bryant to make the game 6-3, and then another run on a triple to Brandon Crawford to make it 7-3. Villar’s two run homer in the 8th made everybody stay up for the rest of the game as the score became cosmetically enhanced, but 7-5 was how it would end.

So the team is sinking like a stone, with tonight’s stop being 3 and 1/2 games back of the Braves. Also included, the .500 mark where they haven’t been since May. It’s cool though:

J.D. Davis talks about where the Mets go from here after falling to .500: pic.twitter.com/3PxJMkv2FU