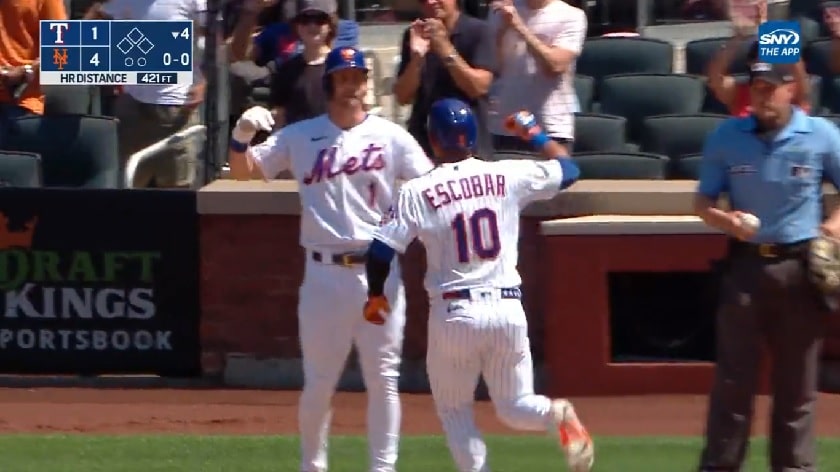 One thing the wisdom of years has given me is the knowledge that baseball players don’t think like baseball fans. Players can’t go into a select group of 30-40 regular season games thinking “okay, gotta have this one today.” Honestly, I wouldn’t want them to. One of the reasons that players can’t think like fans is that fans are neurotic. Some fans are measured in their concern. Other fans have been way too NFL-ized to realize that it’s a long freakin’ season. Wherever you fall on that scale, all of us have a touch of the “look what happened last year and in 2007 and in 1988” affecting our souls.

I happen to be in the camp that the Mets are fine. If people can’t see past the fact that a good chunk of the roster has turned over from last year to this, in addition to the manager and the general manager, then I really don’t know what to tell these people. They’ve lost a good chunk of their 10.5 game division lead because the Braves went 23-6 in June and the first two days of July. But I will say that the Mets’ 4-1 victory over the Rangers was probably a win that they needed as much as any they’ve gotten this year. With the Braves being so hot against a weak schedule, it’s important that the Mets win the games they’re supposed to win and also take advantage of teams that they’re clearly better than. They lost four games to Houston, and there is no shame in that. But now that they’re in the part of the schedule that sees them play the Rangers, Reds and Cubs (along with three in Atlanta), they have to do what they have done the first two months of the season and win series. Winning on Sunday, which won them the series against the Rangers, calms everyone down. If they had lost the series against the Rangers? Those voices, that outside noise would have been turned up from 1980’s boom box level to jet airplane takeoffs at LaGuardia. But with the win? Hey, they’re still fine.

It was also a big game to win because it marked a bounce back for Cookie Carrasco, who gave up one run in 5 and 2/3’s. Carrasco got knocked silly by the Astros, so a good outing against anyone serves to get his confidence back to where it needs to be. Eduardo Escobar hit his third home run in three days, making my buddy Jake look more right by the minute. And the bullpen? Well it was reliable, as it has been more often than it has been non-reliable (despite the howls of horror every time Chasen Shreve gets taken behind the woodshed. Joely Rodriguez stranded the runners left behind by Cookie in the 6th and got through the 7th. Adam Ottavino pitched a clean 8th and has been very good lately. Edwin Diaz gave up a couple of hits but dialed it up when he needed to for the save.

Yes, umm … Bill. On to Cincinnati, where the Reds did the Mets a huge favor by walking off the Braves to help the lead in the NL East go back up to 3.5 and four in the loss column. The runs that were driven in? Of course it was Matt Reynolds, Brandon Drury, and Albert Almora Jr., here to forth known as the “New York Mafia”, who drove in the four runs to help us out. The Mets will face Hunter Greene tomorrow night, and Greene has alternated between Hall of Fame talent and rookie trying to find his way in 2022, and hopefully the Mets can keep him in the latter category tomorrow.

An angle of deGrom you probably haven’t seen today… pic.twitter.com/K6zImK4aZs

3 strikeouts in the first inning for Jacob deGrom 🔥🔥🔥 pic.twitter.com/KyiWTk9g53

Jacob deGrom is finished after 1.2 innings and 24 pitches. He struck out five of the six batters he faced. Lol.

Here’s hoping that deGrom not only comes back to the majors soon, but once he’s there goes on a Steph Curry “what are they going to say now” tour and shut all his doubters up once and for all.

Altuve pump-faked the throw to first and guns it in to Martín Maldonado. Replay overturned the call and the Astros got out of the inning. pic.twitter.com/P1sWJe7RTN

Nice to see that managerial change got their heads back into the game. 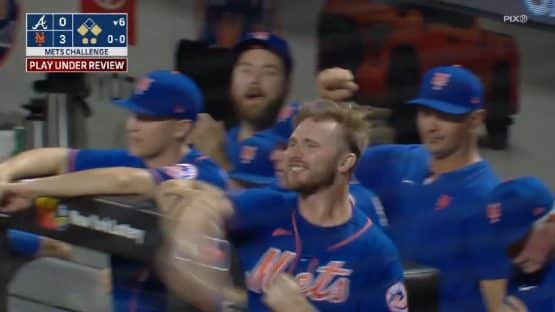 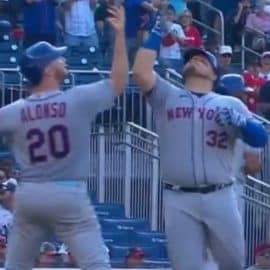