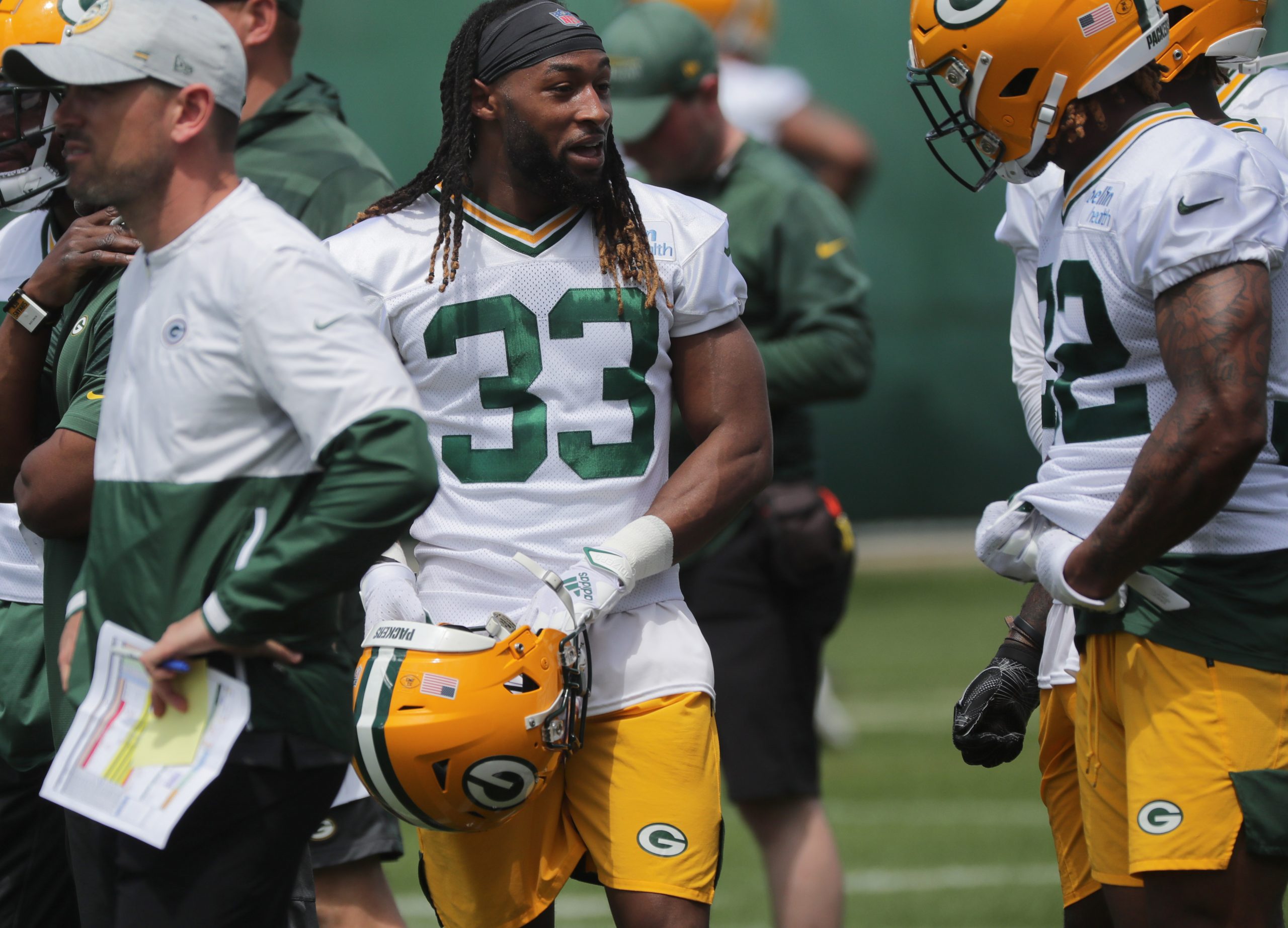 The Packers started voluntary OTAs this week and it was a good sign to see the players on the field for live drills after having last year’s OTAs reduced to video conferences.

While much of the talk coming from the media concerned who wasn’t there (Aaron Rodgers and the team’s top five veteran receivers), there were a lot of important things happening on the field that are worthy of discussion and analysis.

Here are key takeaways from the first week of Packers voluntary OTAs:

Edge rusher Preston Smith showed up for training camp out of shape last year and the result was a year of regression for the Mississippi State star. His sack total went down from 12 in 2019 to just four last year. He also struggled even more than usual in pass coverage and playing the run.

During the offseason, Preston took a pay cut to remain in Green Bay and the way his contract is structured, he is unlikely to be back in Green Bay in 2022.  That means this year will be critical to his future whether it’s as a Packer or elsewhere.

The good news is that Preston Smith showed up for OTAs looking visibly thinner and in better shape.

Linebackers coach Mike Smith noticed the difference in Preston. “I think he does look a lot leaner than he did coming in last training camp,” Mike Smith said of Preston. “Those guys know how I feel about training. To me, that’s the edge and that’s the secret…I know how important it is for training and I’m sure Preston is training his butt off, which you can tell when he came in.”

The Packers hope that this rededication by Preston Smith leads to a season closer in production to 2019 and not a repeat of last season.

Starting left tackle David Bakhtiari is still rehabbing his knee injury and was not at the first week of OTAs. Obviously, the Packers also need to replace Corey Linsley at center since he signed with the Chargers as a free agent.

So, the Packers coaching staff needs to put together an offensive line right now and at OTAs, we got a look at the first draft of that line. It featured Elgton Jenkins at left tackle, Jon Runyan, Jr. at left guard, rookie second-round pick Josh Myers at center, Lucas Patrick at right guard and Billy Turner at right tackle.

This lineup keeps the right side of the line intact from last season. Jenkins is the best available candidate to slide to left tackle and he has experience playing the position. Runyan has more NFL experience than any of the other left guard candidates and the Packers are obviously hoping Myers is ready to step in at center.

None of these players are etched in stone at their respective positions, but this is the starting point for the 2021 Packers offensive line. Injuries and how these players perform will determine if this is still the starting five when the Packers face the Saints in Week 1.

There was talk about the possibility of the Packers adding a veteran inside linebacker in free agency. Obviously, the Packers would not be spending a lot of money here if they do sign somebody, but they did seem open to that possibility.

As of now, the ILB position would have second-year men Krys Barnes and Kamal Martin. The depth is questionable with neither Ty Summers nor Oren Burks (who is back at ILB) having proven they are ready to take over if injuries struck to the two starters. Rookie Isaiah McDuffie is also in camp and will fight for a spot on the roster.

One capable free agent who may be a short-term fit at ILB is K.J. Wright who is still unsigned as of right now. He has big-game experience and could be a good mentor for the younger players and provide depth and leadership at the position.

It is unclear if the Packers are going to make this move or were just talking about the possibility, but it would probably be a wise move considering the lack of depth at ILB as of now.

Perhaps the only advantage of Aaron Rodgers’ absence from these voluntary workouts is that Jordan Love is getting reps with the first team offense. The former first-round pick is getting the bulk of the work at OTAs and after a rookie season that featured no live OTAs and no preseason, this is a big benefit for Love.

It’s tough to truly tell how good Love is playing in non-contact drills without pads, but this will give the coaching staff a chance to work more closely with Love and see what he’s capable of when it comes to reading defenses, going through his progressions and his ability to make all the necessary throws in the playbook.

The most moving moment of the first week of OTAs was supplied by running back Aaron Jones who re-signed with the team this offseason.

Jones talked to reporters about the passing of his father, Alvin Jones, Sr. who passed away at the age of 57 last month.

“The rest of my career will be dedicated to my father,” an emotional Jones told reporters. “He’s the reason I started playing football. He’s what kept me going so many times. As a kid when you want to give up, he kept me going.”

Jones indicated that his teammates were a big help to him in dealing with the death of his father. “I have a locker room full of brothers here who are making sure that I’m OK,” Jones added. “I’m thankful for all those guys in the locker room, to the upstairs management who’s made sure that I’m OK and continued to check on me.”

It’s always important to remember the humanity of the players on the field and Jones’ dedication and devotion to his father remind us of that humanity and of the importance of our own loved ones in our lives.