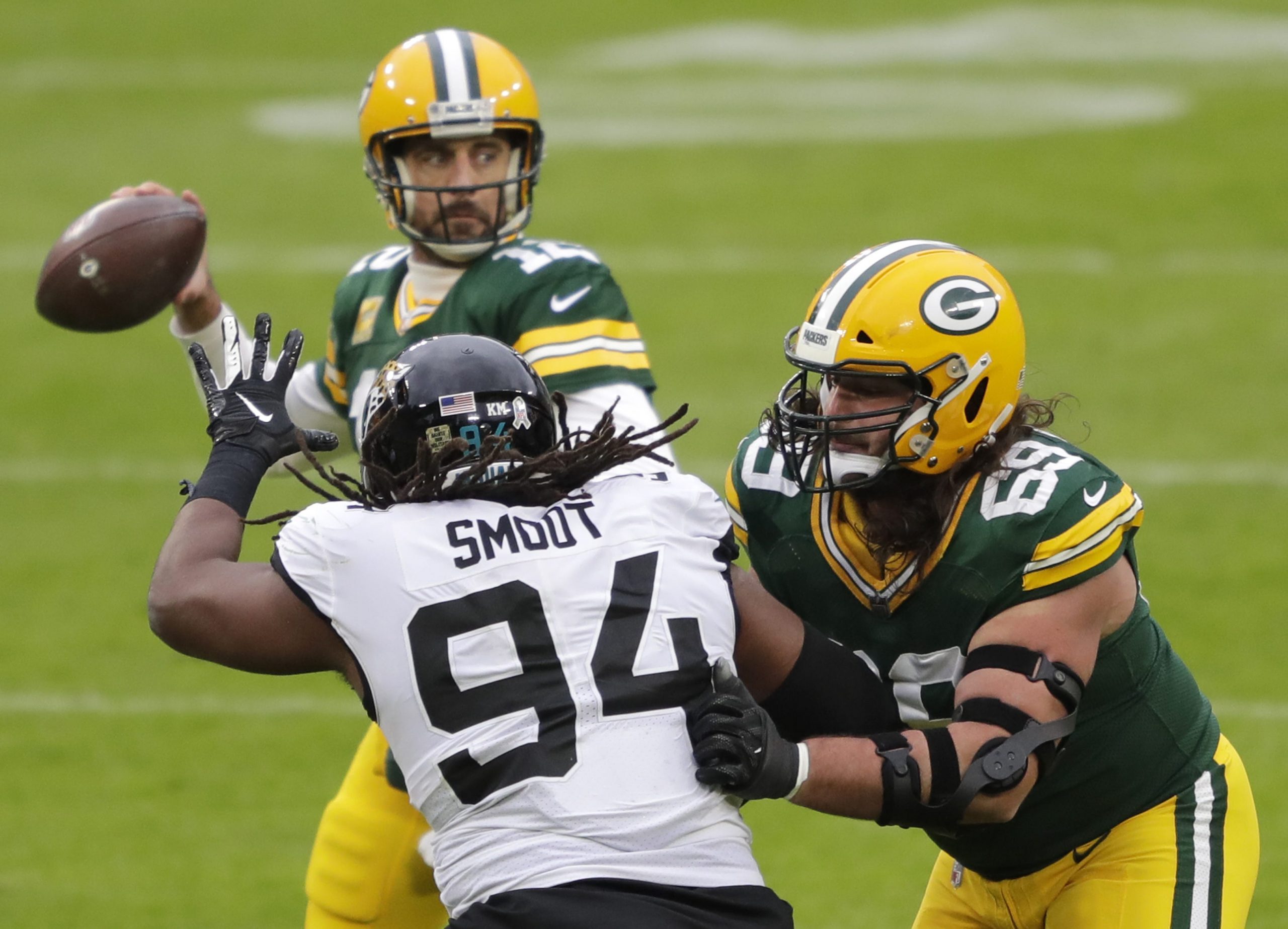 The Green Bay Packers have completed their preseason and now for the first time, have a week off before they head to New Orleans to open the season against the Saints on September 13.

On paper, the Packers appear to have one of the most talented rosters in the NFL with Pro Bowl performers on both sides of the ball including reigning MVP Aaron Rodgers, Aaron Jones, Elgton Jenkins, Davante Adams, Jaire Alexander and Kenny Clark.

But while the roster is deep and talented, there are still areas of concern for the Packers just like all 32 teams have in this salary cap era.

With that in mind, here are five areas of concern that will be keys for the Packers early in the 2021 NFL season:

The big question is whether All Pro left tackle David Bakhtiari will be ready to play in Week 1 against the Saints.

Bakhtiari suffered a major knee injury in December that required surgery and he spent all of training camp on the physically unable to perform list (PUP).

If the Packers leave him on the PUP list once the season starts, he must sit out the first six games of the regular season and cannot practice with the team. Even if Bakhtiari needs to miss the first few games of the season, it may make sense to keep him active just so he can practice and be ready to play by the end of September.

Getting Bakhtiari healthy gives the Packers one of the best left tackles in the game. He has been protecting Rodgers’ blind side since he came into the league back in 2013.

The Packers will move Pro Bowl guard Elgton Jenkins to left tackle until Bakhtiari is ready to return to the lineup.

Clearly, the Packers have a balancing act here. They don’t want to rush Bakhtiari back, but the sooner he returns, the quicker their offensive line will be back at full strength and the better Rodgers will be protected.

The Packers drafted Eric Stokes in the first round as the heir apparent to start opposite Jaire Alexander but they also re-signed incumbent Kevin King to a one-year, incentive-laden deal. Stokes has been up and down in camp and it appears King will be the starter in Week 1 if he’s healthy enough to go.

The Packers need King to return to the form he showed in 2019 when he led the team with five interceptions and played better than he did in 2020.

The question remains when will Stokes be ready to push for the starting job. It probably won’t be Week 1, but the Packers are hoping it’s soon or that King responds to the incentive of playing for a contract and has a bounce back season.

Special teams issues have plagued the Packers in recent years and although the team hired Maurice Drayton as their new special teams coordinator, the unit still looked shaky in the preseason.

The Packers allowed several long returns on both punts and kickoffs. Obviously, the final coverage units were not in place as the final roster was not set so it’s tough to judge how the coverage units will perform once the season starts. Clearly, the team needs them to be better than they have been in recent years.

Through the preseason, rookie running back Kylin Hill is the frontrunner for the kick return job with wide receiver Amari Rodgers the favorite to return punts.

Punter J.K. Scott and long snapper Hunter Bradley both had issues with consistency throughout camp and preseason games and the Packers may look to sign another snapper after the final cutdowns are made.

Overall, the Packers need to see improvement on special teams this season.

As expected, both rookies looked very good at times and struggled at others during the preseason. The Packers will need their two newest starting offensive linemen to play well early in the season to keep Rodgers healthy and upright and to open holes for the running game.

The Packers did not emphasize the run defense under previous defensive coordinator Mike Pettine. His replacement, Joe Barry, will still put pass defense ahead of run defense, but will likely not neglect stopping the run a much as his predecessor.

A healthy Kenny Clark, a healthy Kingsley Keke and the addition of rookie T.J. Slaton should help the run defense a bit with Dean Lowry also likely to be back to help stop the run.

The Packers don’t need the run defense to be the league’s best by any means, but if they can get to the middle of the pack and lower their opponent’s average yards per run to 4.0 or less, they can improve this area that has been a struggle for the team in recent seasons.