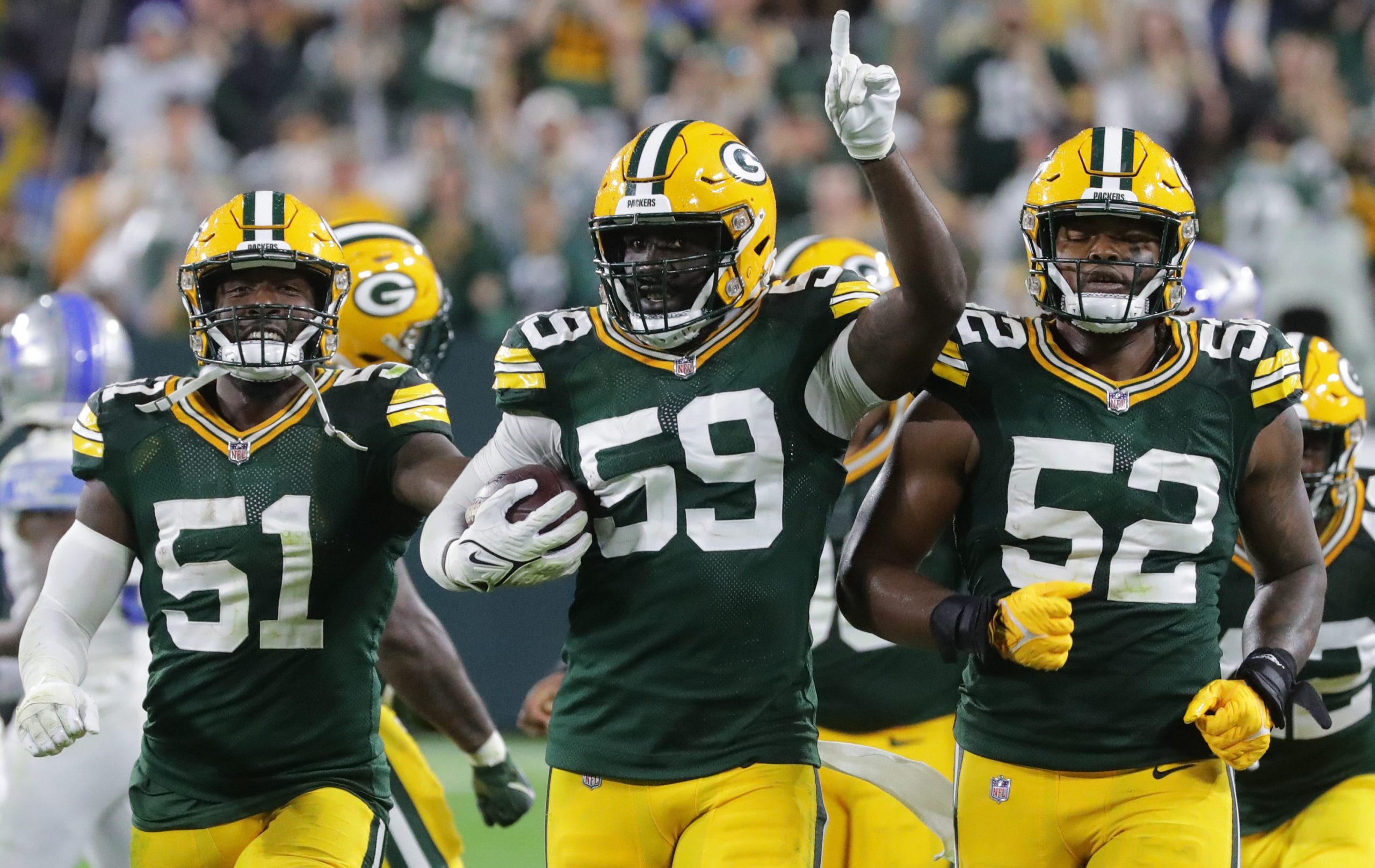 The Green Bay Packers defense has been playing at a high level this season. After a disastrous 38-point effort in Week 1 against the Saints, the defense has clamped down and played outstanding football in the nine games that followed.

The Packers defense is presently ranked third in the NFL in points allowed per game and third in yards allowed per game. The defense has been facing elite quarterbacks in recent weeks. They held Kyler Murray in check on a short week in Arizona and allowed only 21 points. Then they held Patrick Mahomes and the explosive Chiefs offense to 13 points in Kansas City before becoming the first time to shut out Russell Wilson in his 10-year NFL career.

The Packers held the Chiefs to 237 total yards of offense and the Seahawks to 208 yards. Since the Week 1 debacle against the Saints, the Packers have only allowed more than 20 points in a game three times in nine games and they won all three times.

In five of their games, the defense held the opposition to fewer than 300 yards which is almost unheard of in the NFL of 2021 where the rules make it so much easier for the offense to move the ball up and down the field.

Here are five reasons for the Packers success on defense this season:

Barry has installed a defense which is designed to prevent the big play and that’s something the Packers have succeeded at this season.

Through 10 games, the Packers defense has allowed only 26 plays of 20 yards or more. That ranks among the top defenses in the league. It means that opposing offenses need to be close to perfect to sustain long drives to score touchdowns. Any penalties, sacks or plays that lose yards puts opposing offenses into predictable long-yardage situations that make them one-dimensional. That makes it easier for the defense to stop passes and get after the quarterback.

Barry has his players in the right place at the right time. They understand the defense they are trying to run and the players are enthusiastic about his approach and scheme. In short, they are getting the job done.

While most experts were skeptical at the time of Barry’s hiring, the man deserves credit for the defense’s strong play so far this season.

During the offseason, the Packers signed ILB De’Vondre Campbell as a free agent. Campbell has played better than almost anybody expected through the first 10 games. He leads the team with 88 total tackles, 28 more tackles than the next player on the list He also has two forced fumbles, one fumble recovery, a sack, two interceptions, three passes defensed and four tackles for loss.

Campbell has also provided the team with leadership. He calls the signals for the defense and gives the middle of the defense the experience and savvy it lacked a year ago.

The Packers also signed Rasul Douglas in early October. Douglas has done a great job on the boundary filling in when injuries hit the secondary. While he is best remembered for the game-clinching interception against Arizona, he has been consistent in coverage since joining the Pack. Opposing quarterbacks are completing just 55.0 percent of their passes when throwing to receivers covered by Douglas and have a quarterback rating of only 54.0.

When you factor in the strong play of first-round pick Eric Stokes and these additions have helped improve the Packers defense this season.

One amazing thing the Packers have been able to do is overcome injuries to key players. Green Bay’s defense has succeeded despite injuries to their best cover corner in Jaire Alexander and their best pass rusher in Za’Darius Smith.

Alexander was injured in Week 4 and has missed six games and counting with a bad shoulder. The Packers are still hoping he’ll be able to return later this season.

Douglas and Stokes have done a very good job in his absence. CB2 Kevin King has also missed five games with an assortment of injuries but the defense hasn’t missed a beat. Since returning to the lineup, King has played well, too.

Za’Darius Smith missed all preseason and then saw only limited action in Week 1 against New Orleans before landing on the injured reserve and underdoing back surgery. In his absence, Rashan Gary and Preston Smith picked up their play to provide the team with a consistent pass rush.

The pass defense has been doing a good job of mixing zone and man coverages. They have kept opposing quarterbacks off balance and prevented the big play as mentioned earlier.

Against Seattle, for example, the Packers held the duo of Tyler Lockett and DK Metcalf to a combined total of five catches on 16 targets for just 49 yards. That took away Seattle’s two biggest weapons on offense.

The defense has taken away the big play and made the opposition move the ball methodically down the field. The scheme has worked well and forced offenses to be nearly perfect to score touchdowns on long drives.

Safeties Adrian Amos and Darnell Savage have also been playing at a high level especially in the last three games. Amos is smart and consistent while Savage has been making more big plays of late.

The pass rush has also been mixed up well with the team sending different combinations of players on different blitz packages. That has helped keep offenses off balance and created sack opportunities for the team despite the absence of Za’Darius Smith.

The Packers defensive line play has improved over last season. Kenny Clark lost weight which allowed him to be a step quicker without losing his ability to anchor the line and take on blockers. He has been able to get more pressure on opposing quarterbacks from the interior of the line, something that was lacking a year ago.

Dean Lowry has also been playing better this season and already has three sacks. When healthy, Kingsley Keke has also been able to add pass rush ability to the lineup.

Overall, the new scheme has suited the defensive line talent well and the players have been playing better against the run and at getting pressure on opposing quarterbacks.

Through 10 games, the Packers defense has been better and playing at a higher level despite a rash of injuries to key players. In fact, the defense has carried the offense many times this season, which hasn’t happened in Green Bay in a long time. Barry and the players deserve a lot of credit. Now they must keep that up down the stretch drive and into the playoffs.