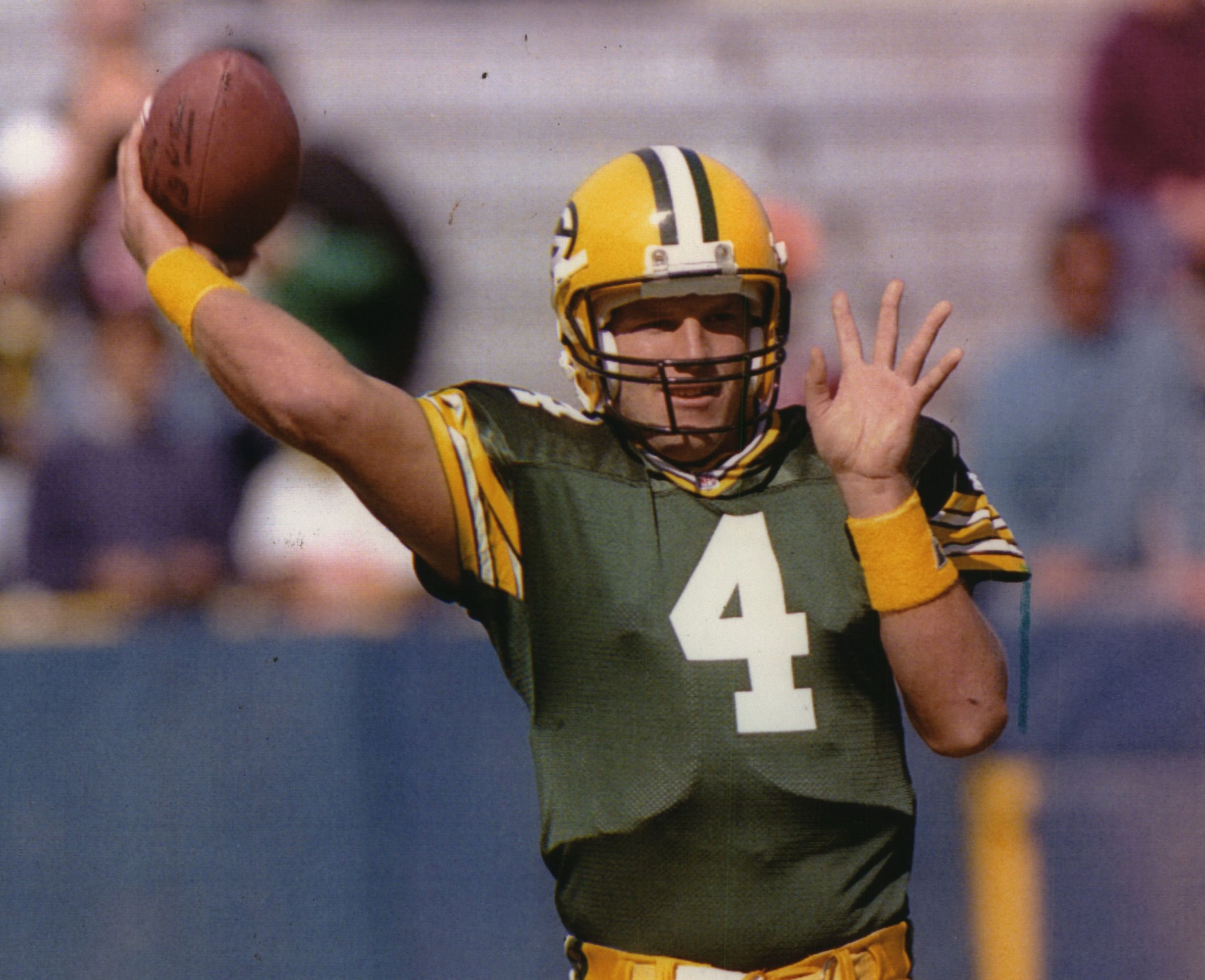 Everybody remembers Brett Favre’s first significant game action with the Packers and the dramatic comeback win he staged over the Bengals in Week 3 of the 1992 season after replacing the injured Don Majkowski in that game. Favre went on to start every game for the Packers for the rest of the 1992 campaign and all the way through the 2007 NFC Championship Game.

But few people remember Favre’s first career NFL start and his first start with the Packers which came one week later when the Pack hosted the Pittsburgh Steelers at Lambeau Field.

How inexperienced was Favre entering this game? Well, here’s what he told The Washington Post after the game when he was asked about his reputation for partying. “The guys can’t be hearing you’re out drunk [on Saturday] if they’re going to play for you on Sunday.”

The Packers entered the game 1-2 under first-year head coach Mike Holmgren while Bill Cowher’s Steelers were off to a perfect 3-0 start. The oddsmakers installed Pittsburgh as a 3.5-point road favorite.

The Steelers had won their first three games on the strength of a defense that led the NFL by intercepting 12 passes. But on this day, Favre and the Packers would not turn the ball over at all.

The turning point came just before the half. With 3:50 left on the clock, the Steelers lined up to kick a 20-yard field goal that would have given Pittsburgh the lead. But second-year cornerback Vinnie Clark blocked the attempt and the Packers took over at their own 24.

On the very next play, Favre found Sterling Sharpe on a stop and go route that beat future Hall of Famer Rod Woodson. Sharpe caught the ball at the Pittsburgh 40-yard line and went untouched the rest of the way for a 76-yard touchdown. The Packers led 10-3.

“One of the things that makes Rod Woodson great is his aggressiveness,” Holmgren said after the game. “But sometimes you can get him to go for an early move.”

Favre was excited by the success of the play. “I pump-faked to Sterling and Sterling just went past him,” he told reporters after the game. “It was nice to air one out.”

How excited was Favre? After Sharpe scored, Favre ran down the field and jumped on top of his receiver, tackling him in the end zone. Holmgren threatened to fine his quarterback $5,000 if he ever tackled another teammate.

“That was the end of tackling my own guys,” Favre said in Jeff Pearlman’s book, “Gunslinger.”

The Packers added to their lead in the fourth quarter after Woodson muffed a punt by Paul McJulien which George Koonce recovered in the end zone. Because Woodson never had possession of the ball before he muffed it, the Packers gained possession where Woodson had touched the ball.

Favre then again went after Woodson, hitting Robert Brooks on an eight-yard touchdown pass in the corner of the end zone to put the Packers ahead 17-3 which was the final score.

“We pump faked the slant and went back to the corner,” Favre said. “Woodson bit and Robert got open.”

Favre finished the game by completing 14-of-19 passes for 210 yards and two touchdowns. He did not throw an interception.

Holmgren remained conservative with a new quarterback making his first start and ran the ball much more than he threw it. That helped the Packers control the clock and they finished the game with 37:35 in time of possession compared to just 22:25 for the visitors.

Running back Vince Workman finished the game with 105 total yards from scrimmage including 85 yards rushing on 26 carries. He also led the Packers with four receptions. Sharpe finished with 93 yards on just two catches including the 76-yard touchdown pass from Favre.

The Green Bay defense did a good job of containing the Pittsburgh passing attack. Quarterback Neil O’Donnell completed just 16-of-41 passes on the game for 224 yards.

Favre was thrilled to win his first start. “It was great,” he said. I was pumped up. I really was. The things I did today, I have to keep doing to remain the starter.” He would remain the starter for 16 seasons.

“We’re playing hard,” Holmgren added. “And we’re playing a really good football team, but we still have a long ways to go. But we’ve got two wins and we should all be happy about that. Wins are hard to come by in this league.”

It was the first of 253 consecutive regular season starts for Favre with the Packers and 298 straight starts overall in his Hall of Fame career.

The 1992 Packers finished 9-7 in Holmgren’s first year at the helm. Four years later, the team would win their first Super Bowl in 29 years. Everybody remembers Favre’s big comeback win against the Bengals, but few people remember the start of his incredible starting streak against the Steelers a week later.