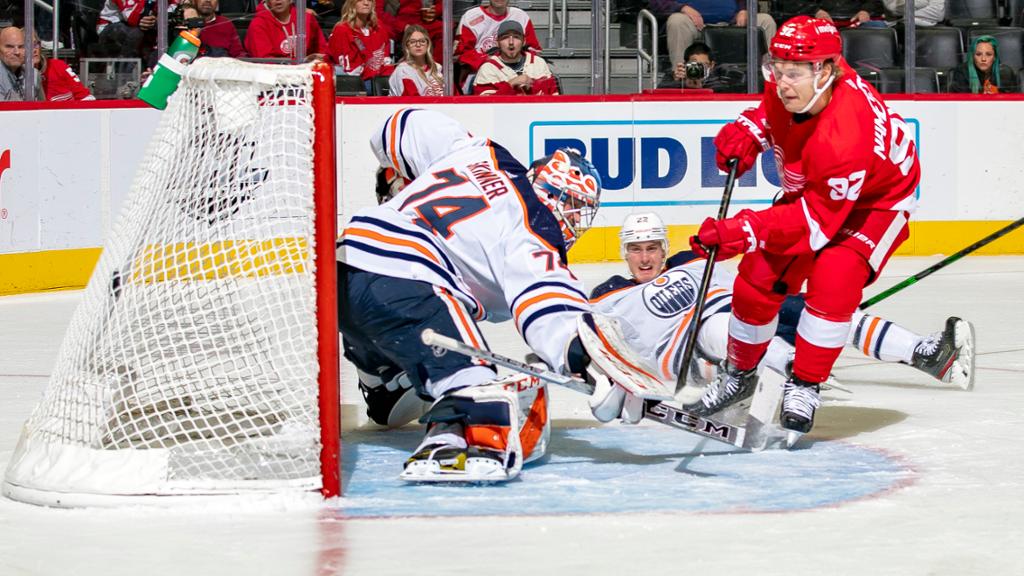 As the playoff race begins to come into clearer focus scoreboard watching is in full force. For now it seems as if two divisional spots are up for grabs behind the leading Flames.

The Kings have been on a strong run of late, perhaps putting some distance between themselves and the peloton. The Golden Knights find themselves floundering through injuries. The Canucks have almost recovered from their tough start, and are hanging around. Meanwhile the Ducks seem to have admitted they are playing for another year.

There is also, seemingly, one Wildcard spot available. The Stars have been performing well, gaining ground in the past weeks. The Jets, like the Canucks, are still relevant.

The Oilers seem to have a reasonable shot at qualifying for the postseason, despite the turbulence this season has been wrought with. Of course none of us are taking the fact that the Oilers have a spot at the moment for granted, but extracting 2 points from a winnable matchup against the Red Wings is exactly the type of result the Oilers will need to accomplish to start pushing the pace.

Just 4-5-1 in their past 10 games, which included a string of high level opponents and some key injuries, the Oilers will need more coming down the stretch. There is reason to believe they can get the job done, even if there are no big acquisitions at the Trade Deadline.

Is that the goal? Merely to make the playoffs? Sure, it is much better than the alternative but it is fair to want more and expect more as the organization as a whole has repeatedly stated their desires for such. For that reason all eyes will be on GM Holland as the teams around the league start making moves.

Until such a time, Oilers faithful will have no choice but to contemplate their own appetites for aggressive transactions. What could or would one prioritize in upgrading? What names caught up in trade rumours would fit best? What picks or prospects could be parted with?

To be perfectly clear, I have on several occasions pointed to Koskinen’s workload and said it should be capped or managed, that he shouldn’t be playing as much as Vasilevskiy or Markstrom, that it was asking too much of him. I know I wasn’t the only one to do so, but by all means I’m happy to be proven wrong. To be fair to Koskinen (and myself, as someone who has been defending him since the beginning of the season) he has been the Oilers best netminder, perhaps best exemplified by his record of 21-9-3.

Alas, goaltending is inherently volatile and difficult to explain or predict. Even still the trade market for goalies is slim on top of that. Given the Oilers have Skinner as their 3rd already, and how conservative Holland has been addressing the position in general, it seems increasingly likely that any move we see will be similar to the Manson-to-Anaheim deal we saw yesterday, 50% retained salary, in exchange for a 2nd round pick and a pretty good college prospect.

With less than 2 weeks before the deadline there will be a time to figure all of that out, for now the Red Wings are in town. It seems as though Koskinen and Nedeljkovic will get the starts in net.

McDavid has a history of strong finishes to the season, and here in 2022 another such performance would be greatly appreciated. For now, Kane and Yamamoto are good wingers, but it’ll be interesting to see how everything falls into place if and when everyone is healthy.

Archibald-Malone-Kassian had some good minutes together, as well as a particular abrasiveness that balances this forward group nicely.

It’s still probably a year away, but each game gives Broberg the chance to prove he’s ready to be an NHL regular. Regardless, this season has been promising for his long term outlook as a contributor. At this point it’s hard to say he’s passed Lagesson or Niemelainen outright, but with his combination of attributes the potential upside certainly exists.

The Wings have started to emerge from the rebuild, affectionately the Yzerplan, that was enacted after current Oilers GM Holland left the Motor City. Despite not drafting 1st overall the Wings have managed to add a lot of talented players who are finding their way into increasingly important roles on the team. The result this season is a team that can be exciting in good and bad ways.

Larkin is a legitimate top line centre and has been flanked by the supremely talented rookie Lucas Raymond all season. For those still figuring out his game Mitch Marner is a decent comparison, as Raymond uses his smarts and stick skills for offence and defence. Namestnikov, currently sporting a nasty black eye, isn’t quite Bertuzzi (who is normally in this spot) but he is a smart, versatile, and tough player who could be a contributor in any lineup.

Vrana missed most of the season with injury, but has hit the ground running in his short time back. He is a dynamic scorer, perhaps the Wings most dangerous offensive player at this point. Veleno, once of exceptional junior status, has looked good in his short time in the NHL so far. Joining them is Sam Gagner, forming a line that should see an offensive deployment from Coach Blashill.

Zadina is still working his way into being a consistent top 6 winger, but it’s a good sign for the Wings that they are starting to have some bright spots as deep as the 3rd line. Suter is a decent centre here and has enough skill to hang with Zadina, while Erne can round out the line with some forechecking and physicality.

Rasmussen has not lived up to his top 10 draft selection, but there are still some signs of growth from the big forward. Givani Smith, the younger of the Smith brothers, has been a regular in the Wings lineup and is a capable depth player. Just recently 24, there could be a future for either Smith or Rasmussen to get a chance a bit higher lineup.

Like Raymond up front, Seider has been outstanding as a rookie. Already with 41 points in 59 games the young German is a two-way force of nature that seems poised to be a dominant force for the next 15 seasons or so. There isn’t an area of the game that he can’t contribute in, even physicality, as he might be the best reverse-hitter in the game right now. It’s easy to see other supremely talented and tall defencemen, like Hedman or Pronger, in his game, and there’s little doubt he can join them as a benchmark for all other defencemen to be judged against.

Hronek has an offensive lean, and is much better suited a bit lower in the lineup like he is this season. He had been carrying too much as the Wings top defender the past few years.