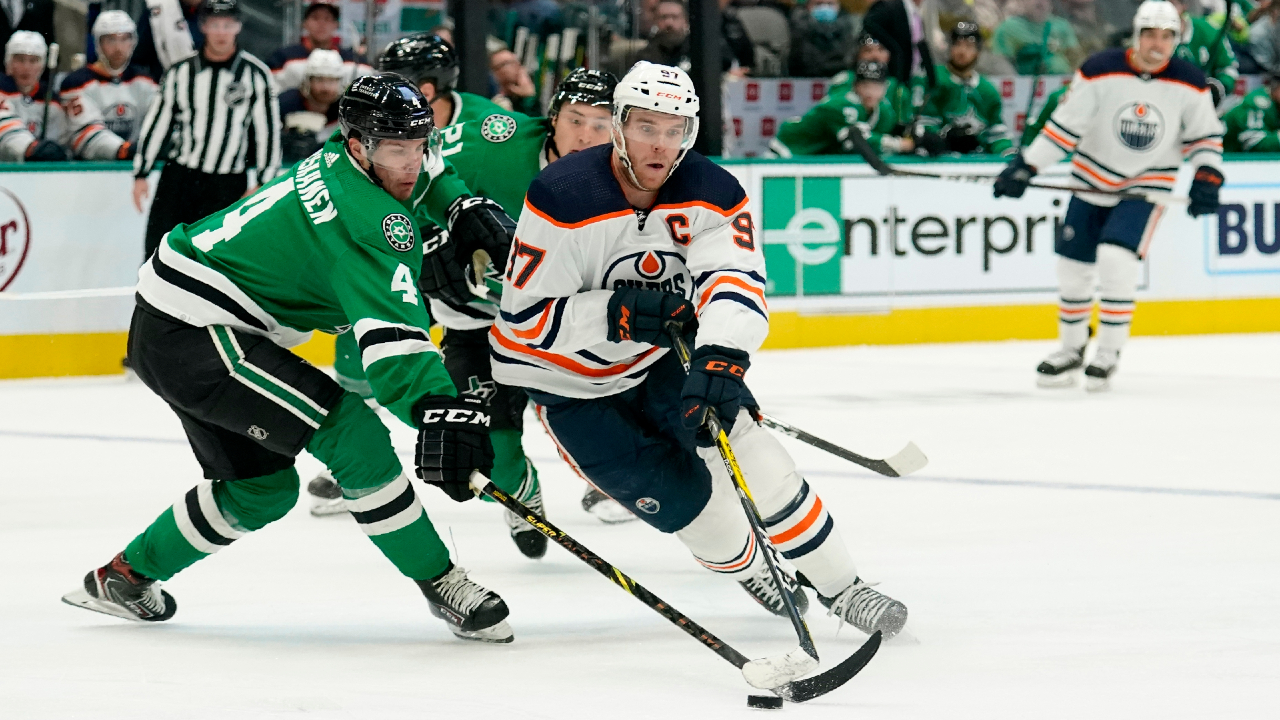 As the dust settles after an eventful trade deadline the lay of the land is being drawn. With 19 games remaining in the season the Oilers have been through a lot, but a significant portion of the season to be written.

The long losing streak that essentially ended the Tippett era threw the Oilers right out of the playoff picture and into the sludge. Since the coaching change things have stabilized nicely, but a win against any similarly positioned team goes a long way towards keeping above the cut line. As the first team outside of the West’s Wildcard spots, the Stars represent the Oilers immediate competition.

Around the league we’ve seen the intensity pick up, more and more games have an atmosphere resembling a playoff game, each point becoming a matter of scrutiny.

Koskinen will get the start on the second night of a back-to-back, with Smith and the team as a whole performing well in a tight OT loss to the mighty Avalanche last night. It’s a huge game that could be even bigger if the Oil are able to get a win in regulation.

Meanwhile, the Stars are running out of road to come back from yet another slow start. It was several years and apocalypses ago that CEO Jim Lites criticized Benn and Seguin after their slow starts, even Brodie this team took itself to a cup final. It’s a concerning trend that has already cost the Stars too much, regardless they have done well to fight their way back into things. They will start Jake Oettinger, who has taken over the crease with some authority.

This might be the last chance for certain Oilers to make impressions in this configuration, as RNH is set to return on Thursday. We shall see how the lines get reshuffled at that point as it’s been quite some time since the Oilers had something resembling a full lineup up front.

Will we see RNH return to a wing in the top 6 or centring the 3rd line. At one point Hyman was with him on the 3rd line, creating a very deep and balanced lineup. Would that leave room for McLeod to jump into the top 6? He’s produced in those spots when given the opportunity. Perhaps McLeod is on the 4th line to get him more time in what might be his endgame for this season.

Things are more settled on the blueline, where one of the main questions will be about where newcomer Kulak eventually slides in. Most likely the plan is for him to replace Russell until further notice. Is he an upgrade over either Russell or Lagesson? Maybe, at least for this year’s small sample size Lagesson performed admirably. Although Kulak does have a more proven track record, as well as being a stronger skater with a more robust physique than Lagesson, who often looked like he was able to make up for awkward movement and balance skills with some smarts.

The top line of Robertson-Hintz-Pavelski has been outstanding the past season and a half or so. Perhaps Seguin and Benn are more well known, but the truth is that these are the Stars top forwards. Robertson is a big body with a nose for the net, has the shot to score from some distance, and is without a doubt one of the league’s best 22 year olds. Hintz brings great speed to the line, and is fantastic at carrying through the neutral zone and onto the attack. Pavelski is the most known ingredient here, with outstanding tipping skills being the hallmark of his game. Together they are able to create turnovers and counterattack with a high level of execution.

Outside of them it’s been a tough year for Stars forwards. Benn and Seguin can’t be expected to perform up to their contracts at this point. Gurianov is a solid contributor but not an offensive focal point. Radulov isn’t the top 6 forward he once was.

The Stars are very defensively oriented, especially evident in the Faksa line who will log significant minutes. Regardless of if they make the playoffs next season, the Stars would do well to add a couple forwards with offensive skill sets to rekindle this group. The best route, especially given their group’s hefty price tag, will be internal development.

Although the blueline is likely the foremost strength of this team it is severely hampered by the absence of their best dman, Miro Heiskanen. The Stars heavily rely on their top four, and at least for their sake the remaining 3 are intact. Lindell, Klingberg, and Suter are well established veterans at this point in their careers, playing over 22 minutes a night each over the year.

Joining them in the top 4 is Jani Hakanpaa, a name some might be familiar with thanks to his ability to play up in the lineup, as seen tonight, at a small cap hit. He’s big, physical, and risk averse, all the things coaches love which is why we’ve seen him play important roles across 3 teams the past 2 seasons.

The Stars have one of the most complicated goaltending situations to monitor across the league. Several veterans are signed and dealing with injuries. Bishop is essentially done with hockey, retiring after a nice career that had frequent injury stints. Khudobin was in the minors this season and ultimately is out long term. Holtby has had a nice bounce back season but is out day-to-day.

Despite all this, former 1st round pick Jake Oettinger has developed to the point where the crease is his to lose. The big American has the size, the pedigree, and the calm demeanour that inspires a lot of confidence, not to mention some good results behind a stingy Stars team early into his career.