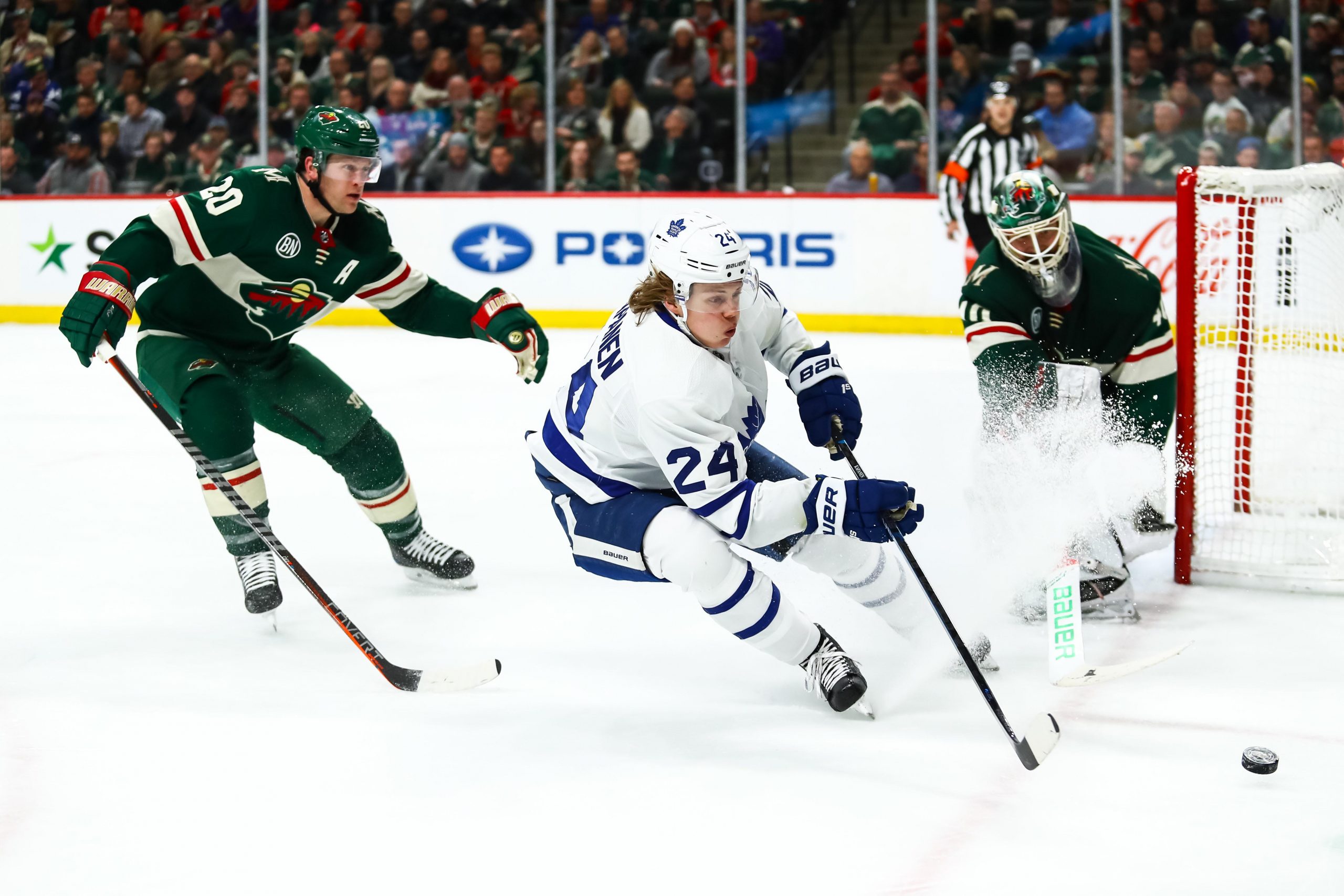 It’s no secret that the Edmonton Oilers want to add to their forward group. The team has a real chance to make the Stanley Cup Playoffs for the first time since 2017, and GM Ken Holland feels the need to augment his current core group. Although no trade has happened yet, it isn’t for a lack of trying.

TSN NHL insider Darren Dreger dropped an interesting hint on the network on Thursday night. Dreger indicated that the Oilers are in fact looking for a top six forward via trade prior to next month’s deadline.

Even more interesting? He named the Toronto Maple Leafs as a team the Oilers are targeting. It makes sense. The Maple Leafs have an excess of forwards but are banged up beyond belief on defense. The Oilers actually have a surplus of blueliners but lack the needed depth up front. A strength for strength trade could work here.

Dreger specifically mentioned three Maple Leafs forwards who the Oilers have interest in. Kasperi Kapanen, Alexander Kerfoot and Andreas Johnsson were named by Dreger in his report.

Kerfoot was acquired from Colorado on July 1st and has played in just 43 games with the Leafs. He has 18 points (7-11-18) and a 52.2% Corsi For on the season. The left-shot forward mostly plays as a center, but has won just 47.5% of his faceoffs this season.

Kerfoot is described as a “sound hockey player in all three zones” who can be used in all game situations. He doesn’t have the high-end offensive potential of Kapanen and Johnsson, but he is a strong all-around player that would fit nicely with Dave Tippett’s system.

Described as a “good skater” who possesses good hands, Johnsson is a player that could immediately enter Edmonton’s top six forward group. He’s got speed and hands, which makes him a potential fit with Connor McDavid and/or Leon Draisaitl.

He’s got a “sniper’s release” and is a strong skater. Like Johnsson, Kapanen has the wheels to keep up with McDavid. The big difference? Kapanen is a better scorer and has a higher ceiling. His skill-set is one that matches up perfectly with the NHL’s best player.

At just $3,200,000 per season, Kapanen presents a real value option. He won’t break the bank and he has the potential to be a player who vastly outperforms his expected value.

Do the Leafs still have interest in Larsson? I’d wager that yes, they do. Will Larsson be enough to lure Kapanen away from the Leafs? I’m not quite as sure, especially considering the up-and-down play of Larsson this season.

The Oilers have a core group set on defense moving forward. Oscar Klefbom, Darnell Nurse and Ethan Bear are the key members that are currently in the NHL. Evan Bouchard is coming, and the club believes in Caleb Jones.

Larsson’s time as an Oilers is likely coming to an end. Whether that happens before the deadline remains to be seen.

Maybe the Leafs prefer veteran Kris Russell, who would add an element to their penalty kill that is lacking. The Leafs desperately need a little toughness, and Russell can provide that. Edmonton would have to add another asset to Russell via trade, however. He wouldn’t get you Kapanen straight up.

The Oilers need to clear both salary and a roster spot on defense before next season. With the Leafs struggling, this could be the perfect opportunity for the Oilers to cash in one of their veteran defensemen for real value.

I’d keep an eye on these two teams. There is too much smoke for there not to be some sort of fire.