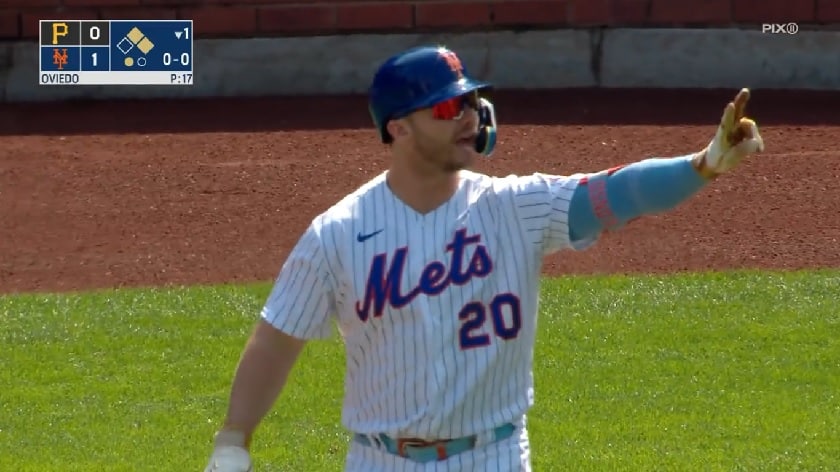 Most 7-3 wins are without drama. Sunday’s 7-3 win was Better Call Saul meets The Sopranos meets The Walking Dead.

The Pirates, of course, are the walking dead. And if zombies could pitch, they would probably be all over the place much like the Bucs have this weekend and in the games they’ve played against the Mets over the last month. It’s no wonder that when Luis Oviedo plunked Pete Alonso for the second time this season, and after four Mets were hit last night and Starling Marte had his finger broken by Mitch Keller, Pete got a little heated.

Pete Alonso was hit by a pitch and the benches cleared on both sides.

After a discussion from the umpires, both benches were warned. pic.twitter.com/ym8C4pzPYV

Oviedo is lucky that Pete didn’t go Full Darryl Strawberry on him and throw him into the third row of the stands. Perhaps if the Mets didn’t need every single game down the stretch to win the division, he would have. But as much as Alonso could use a rest, they need his bat in the lineup. So he made his point the way baseball players make points these days: with their words and not their fists. I hope he said something to the effect of “I can kill you with my bare hands if I wanted to.” As for Oviedo? I’m sure it was an accident. But this is what the rest of the league gets when the Pirates let their pitchers grow in the major leagues so that they can find success somewhere else.

Give the Bucs this though, they made Jacob deGrom work hard in the first inning, forcing him to throw 26 pitches in an inning where they led off with a single and then went down 1-2-3. Then from innings 2-5, deGrom was a video game, retiring 12 straight and striking out ten. Both of those chapters foretold what happened in the 6th with the Mets up 3-0. Zack Collins and Jason Delay led off the inning with singles. At 95 pitches in the 6th, it was apparent that the tough first inning was starting to wear him down a bit. But with what he did in innings 2-5, it would have been foolhardy to think that even a tired deGrom wasn’t the Mets best option against Oneil Cruz at that point. So Buck rolled the dice and … crap.

Oneil Cruz – and we cannot stress this enough – is him. pic.twitter.com/U4j55tDNHE

I thought it was the right move to give deGrom that chance. But I also had a bad feeling about it because Cruz has been so damn good, and is right there in the Rookie of the Year conversation. So he hit the home run and now all of a sudden it was a 3-3 game and the Mets had to find a way to not drop a game in which they had a 3-0 lead with deGrom on the hill. And to be quite honest, the Mets could have, and probably should have, had a much bigger lead. But after they took a 3-0 lead in the 2nd, Daniel Vogelbach left two runners on in that inning, had two runners on in the fourth but Alonso got overanxious to hit one three miles off Oviedo and tapped out meekly, and in the fifth they led off the inning with two runners on and couldn’t get anyone home. So the game shouldn’t have gotten to this point.

But the bullpen did a great job holding the Pirates to nothing else (that would be Seth Lugo and Joely Rodriguez) until the 8th, when Tomas Nido led off the inning with a single. Terrance Gore then came in to pinch run, and he was involved in a fascinating cat and mouse with Bucs pitcher Manny Banuelos … the types of which will be all but gone next season when umpires will be forced to count disengagements. Gore got Banuelos to throw over three times before taking off for second and ending up on third as the catcher’s throw went to center field. Brandon Nimmo then sent him home on a bloop single to left center to give the Mets the lead for good. (Gore has taken so few at-bats in his career that he probably couldn’t get from home to first with a GPS. But put him at first and the man can get home blindfolded.) After a couple of walks, Vogelbach brought home two more with a single to make it 6-3.

Eduardo Escobar’s fielder’s choice to end the scoring meant that Buck didn’t even have to waste a bullet by Edwin Diaz on these guys. But by striking out Jack Suwinski. Trevor May finished off an interesting feat: The Mets combined to strike out 20 Pirates in the game, which would tie a major league record for strikeouts in a 9 inning game if Noah Syndergaard thought it was real. Max Scherzer thought it was cute that it took four guys to do something he did all by himself. But he has his own problems as he’s set to come back from his left side fatigue with a Monday start against the Brewers. After they scored 19 runs in three games against the Yankees, Scherzer is going to face a lineup that is on a positive wavelength. 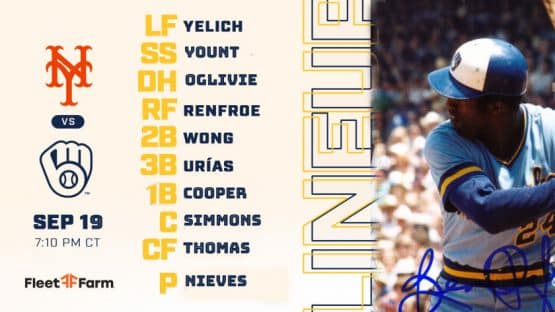