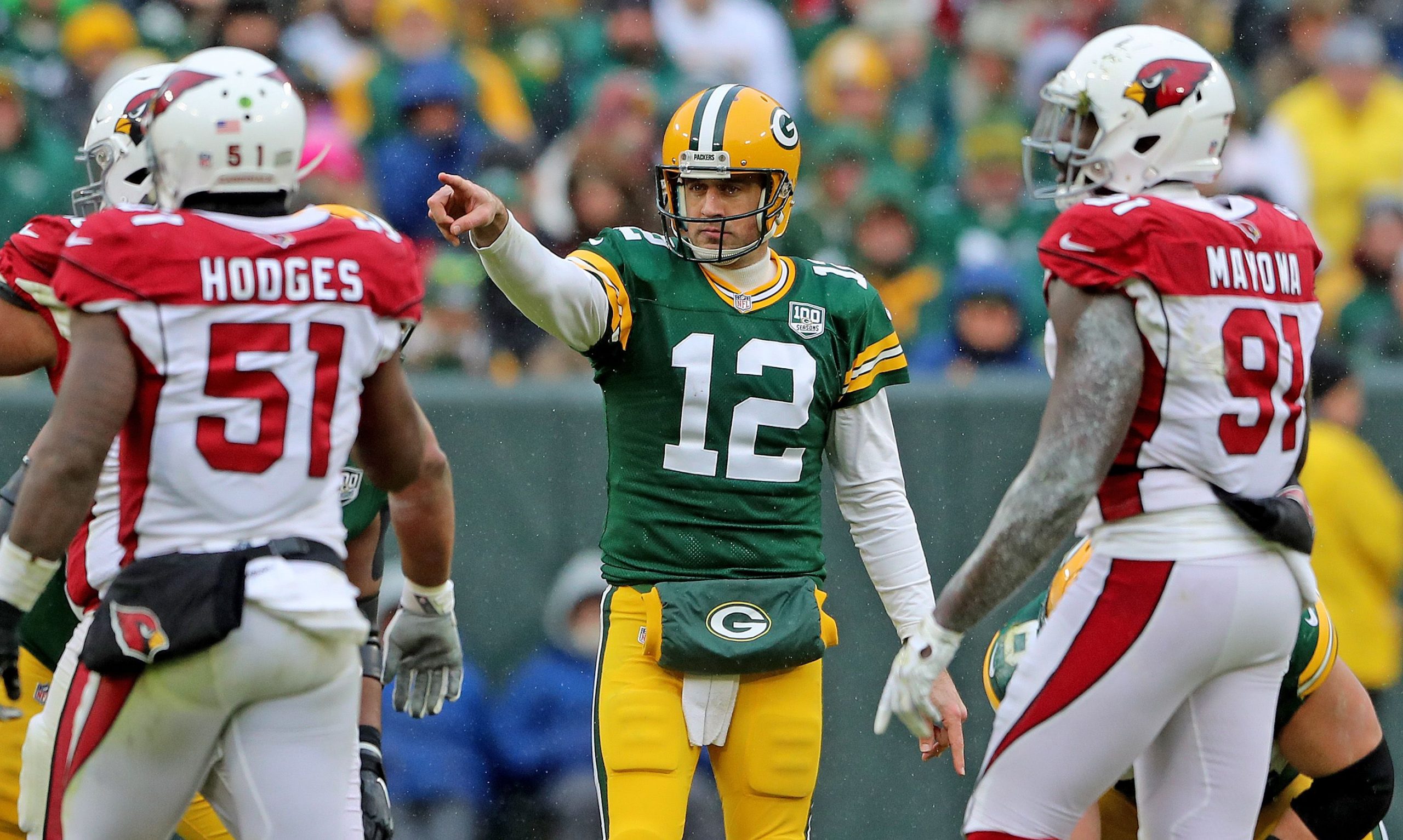 The Green Bay Packers have a short week this week as they head to Arizona to take on the Cardinals on Thursday night. The Packers have won six straight after their Week 1 loss to the Saints and are now 6-1 on the season after last week’s 24-10 win over the Washington Football Team. The Cardinals are the NFL’s only undefeated team. They enter this game with a perfect 7-0 record after defeating the Houston Texans 31-5.

Here is a look at six key factors that will determine who wins Thursday’s game in Arizona:

The Cardinals have the NFL’s highest-paid receiver in DeAndre Hopkins. Through seven games, Hopkins leads the team with 33 catches for 420 yards and seven touchdowns.

The Clemson alum has scored in five of the team’s seven games and is one of the league’s best receivers. The Packers secondary is still missing Jaire Alexander and the Packers are still not sure if Kevin King will be available. That leaves Rasul Douglas and Eric Stokes as the boundary corners with Chandon Sullivan playing the slot.

It will be difficult for the Packers to stop Hopkins, but if they can slow him down and prevent him from having a big game, they will have a chance to keep the Arizona offense from having a huge day.

A week ago, Taylor Heinicke ran for 95 yards in 10 carries against the Packers including a 38-yard dash. On that play, the Packers were in man coverage and there was nobody in the middle of the field to prevent the long scramble by Heinicke.

Cardinals quarterback Kyler Murray is a capable scrambler. Murray runs away from pressure to set up passes downfield more than he scrambles for large gains. The Packers have historically had problems stopping mobile quarterbacks and they cannot allow Murray to get extra time to throw the football or to pick up first downs with his feet in key situations.

The Packers will also be without defensive coordinator Joe Barry who is now on the Covid-19 reserve list. This may hamper their ability to game plan for Murray and the Cardinals and to make in-game adjustments.

The Packers will be facing a Cardinals team that features several talented pass rushers. One key matchup to watch will be Cardinals edge rusher Markus Golden, who leads the team with six sacks, going up against Packers left tackle Elgton Jenkins.

The Packers will also have to contend with Chandler Jones who is coming off the Covid-19 reserve list to play this week. Jones had five sacks in Arizona’s win over the Titans in Week 1.

J.J. Watt is another pass rusher the Packers will have to handle, although the veteran has just one sack so far this season. The Wisconsin native would like nothing more than to have a big game against his hometown team on national television.

The Packers will still be without starting center Josh Myers who remains on IR. Lucas Patrick has done a respectable job in his absence. Guards Royce Newman and Jon Runyan, Jr. have struggled recently to pick up stunts, shifts and blitzes and the Cardinals are likely to throw plenty of them at the Packers to try to confuse the young interior linemen.

If Rodgers has time to throw, he can usually move the ball on any defense although Arizona enters the game with the third-best pass defense in the league by yards allowed per game. This will present a challenge for Rodgers and the offense on Thursday.

Last week, the Packers barely ran the football, carrying just 15 times for 57 yards. The team’s three running backs had just 12 carries total between them and gained only 27 yards.

This week, expect Matt LaFleur to place a greater emphasis on the running game. The Arizona defense is more vulnerable against the run where they presently rank 18th in the league by allowing 115.7-yards per game.

Expect heavy doses of Aaron Jones and A.J. Dillon in this contest with the Packers feeling out what types of runs work best early and then emphasizing those types of running plays as the game evolves.

Dillon fumbled twice last week and needs to do a better job holding on to the football. Jones struggled a week ago after having strong performances in the last two games.

If the running game is effective, the Packers can slow down the Cardinals pass rush, control the clock and set up the play-action passing game.

This is going to be a difficult assignment for the Packers passing offense because so many players are unavailable. Davante Adams and Allen Lazard have been placed on the Covid-19 reserve list. Lazard is officially out while there may be a very slight chance Adams can return in time to play Thursday but the Packers shouldn’t count on that. The Packers will miss Lazard’s blocking as well as his catching ability.

There is a chance that Marquez Valdes-Scantling could be activated off the IR for Thursday’s game although it’s not clear how much his injured hamstring may affect his ability to stretch the field.

Look for a lot of Randall Cobb, Equanimeous St. Brown and Amari Rodgers on Thursday with Malik Taylor also now available after being activated off the Covid list.

The Cardinals are one of the best teams in the league at covering tight ends so don’t expect a big game from Robert Tonyan and Marcedes Lewis.

Expect both Dillon and Jones to be an integral part of the passing attack as well as the Packers are depleted at receiver.

LaFleur will have to figure out ways to scheme some of these receivers open as the Pack will be without at least two and possibly all three of their top receivers.

The Cardinals feature a solid running game with two running backs both getting plenty of touches. They enter this week’s game ranked 5th in the league with 136.6 rushing yards per game. Having a lead in all seven games certainly helps pad the running stats but the Cardinals execute when they get the chance.

Chase Edmonds is their speed guy and he is averaging 5.8-yards per carry. James Connor is more of an inside runner but he gets the most carries and has six rushing touchdowns through seven games.

The Packers run defense is ranked 22nd in the league in yards allowed per game, but 30th in the league with a 4.9-yard average per carry.

If the Cardinals can run the ball efficiently and consistently face third and manageable distances, the Packers defense may have a long night ahead of it. The run defense will have to slow down the Arizona attack or the Packers could easily give up 30 or more points in this game.

The Packers have a tough task on their hands, traveling two time zones over to face an undefeated team on short rest. They will also be playing without their best pass rusher, top cover corner, two or three of their top receivers and their starting center.

Green Bay is a team of character and they will be competitive in this game but overcoming all those obstacles to defeat an unbeaten Cardinals team on national television is a tall order.