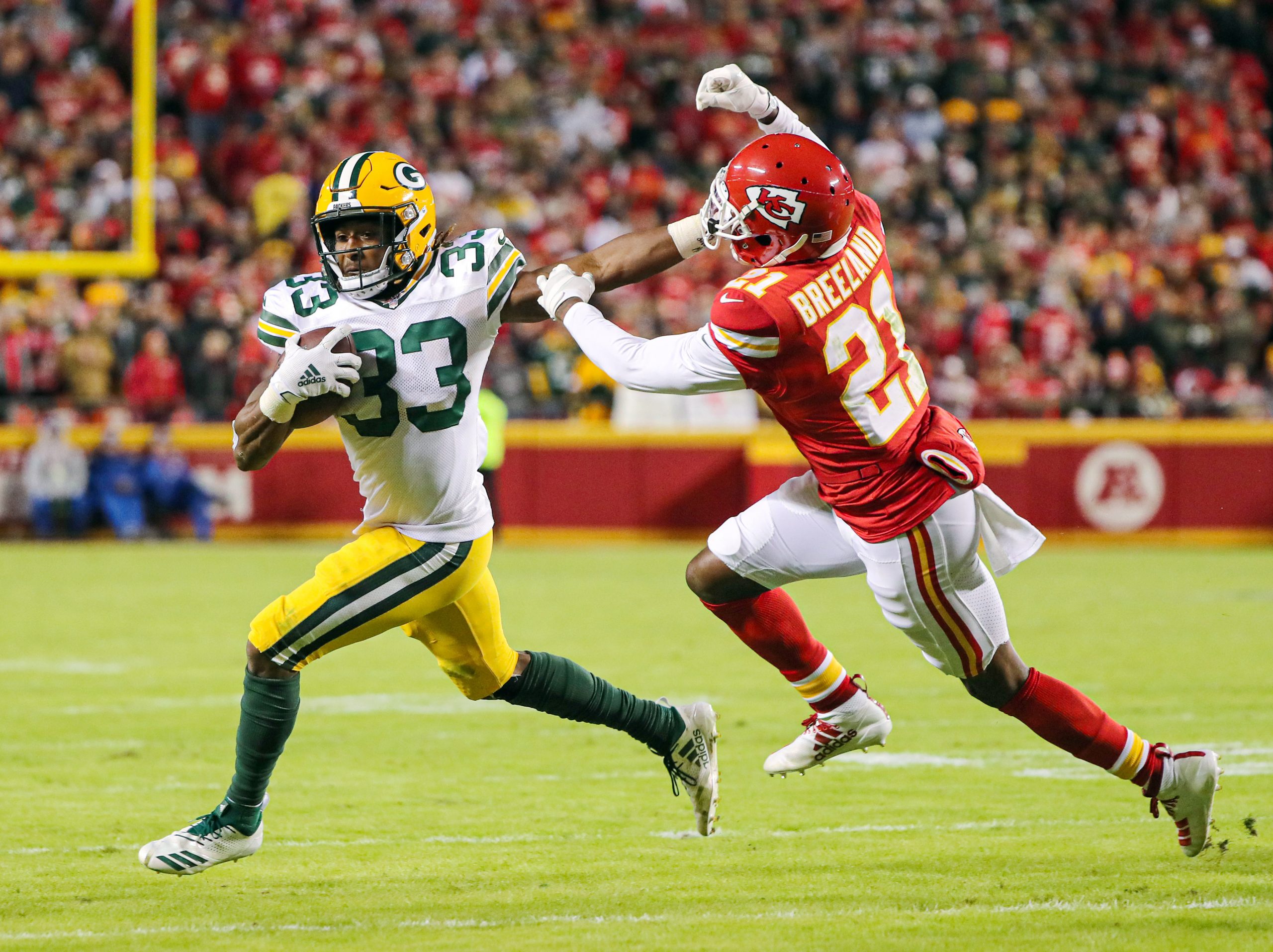 The Green Bay Packers return to action Sunday as they face the Chiefs in Kansas City. The Packers have won seven straight games now and are presently 7-1 on the season after last week’s dramatic 24-21 win over the Cardinals. The Chiefs are now 4-4 after defeating the New York Giants 20-17 on Monday night.

The Packers trail in the all-time series 7-4-1 with Green Bay winning the only postseason matchup between the two clubs which came back in Super Bowl I which the Packers won 35-10. That was also the first time these teams faced each other. The Packers have won three of the last four meetings including a 31-24 win in Kansas City in 2019. Patrick Mahomes did not play in that game and Aaron Rodgers won’t play in this one.

Here is a look at six key factors that will determine who wins Sunday’s game in Kansas City:

This week, LaFleur needs to craft a game plan to play to the strengths of quarterback Jordan Love who will be making his first career NFL start. Aaron Rodgers will miss this game and possibly more after he tested positive for Covid-19. Rodgers is not vaccinated.

Expect LaFleur to try some shorter passes early to build Love’s confidence and maybe to run some more run-pass options.

The Packers need the offense to continue to move the ball despite missing their franchise quarterback.

LaFleur has passed all the previous challenges, but this one may be his most difficult obstacle to overcome.

Mahomes hasn’t played up to his usual all-world standards this season and quarterback rating has fallen to 94.5. He seems to have regressed when it comes to reading defenses.

Mahomes has been sacked 16 times through eight games and has been struggling when he’s under pressure more than he did in the past. He has already thrown 10 interceptions this season after tossing only 11 picks in 2019 and 2020 combined.

Preston Smith and Rashan Gary have done a good job of getting pressure on opposing quarterbacks. With Kenny Clark adding pressure from the interior, the Packers should be able to get pressure on Mahomes and force him into mistakes.

The Chiefs have a lot of weapons on offense including several players with outstanding speed. Tyreek Hill is the most dangerous of the bunch and he leads the Chiefs with 64 catches and six touchdowns through eight games. The Packers may try to have rookie Eric Stokes who also has elite speed, try to stay with Hill.

Mecole Hardman can also make big plays and Rasul Douglas and/or Kevin King will probably see a lot of Hardman.

Tight end Travis Kelce is one of the best in the game and presents linebackers with speed mismatches and safeties with size mismatches. De’Vondre Campbell will likely have the assignment of covering Kelce. Campbell has done a great job this season of limiting yards after the catch.

The Chiefs offense will get their share of completions, but the Packers need to prevent them from gaining yards in chunks and making big plays. If Kansas City has to make 10-12 play drives the Packers defense is optimistic they can force a turnover, get a penalty or a sack and derail a drive.

Green Bay should have defensive coordinator Joe Barry back after he missed the Cardinals game due to Covid.

The Packers were effective at running on the Cardinals when everybody knew they’d have to run since they didn’t have their top three receivers. This week, the Packers will want to run to keep Mahomes and the potent Chiefs offense off the field and to keep Love in third-and-manageable situations as often as possible.

Both Aaron Jones and A.J. Dillon are dangerous runners and receivers and with Love running the offense, I would expect a heavy dose of runs and passes to the backs as well.

The Chiefs defense is vulnerable to the run, allowing 121.8-yards per game on the ground and 4.6-yards per rush. The Packers should be able to move the ball on the ground and will need to give Love as much support as possible in his first NFL start.

One of the biggest reasons Rodgers is an elite quarterback is that he rarely turns the ball over. The inexperienced Love needs to do the same.

The Kansas City defense allows plenty of yards but the Packers need to turn those yards into points and cannot give Mahomes and the explosive Chiefs offense a short field.

If the Packers manage to be a minus-one or better in turnover differential on Sunday, they should have a good chance to win this game.

The Packers are likely to have their top three receivers back on Sunday. They will need to get Davante Adams, Allen Lazard and Marquez Valdes-Scantling involved in the game at least enough to make them feel a part of the offense again.

Having an outstanding receiver like Adams back in the lineup could be a big asset for an inexperienced quarterback, much the way Sterling Sharpe was for Brett Favre early in his career.

The Kansas City defense is ranked 25th in the league in passing yards allowed per game and Love should be able to take advantage of this weakness and get some confidence in his first start.

If Rodgers was playing, I’d say the Packers would have a good chance to win this game. Arrowhead Stadium is a tough place to play and a bigger challenge for a quarterback making his first NFL start.

The Green Bay offense should be able to move the football and LaFleur will have a solid game plan, but the Chiefs are desperately in need of a win and Love will probably make a key mistake at the wrong time to hurt the Packers.