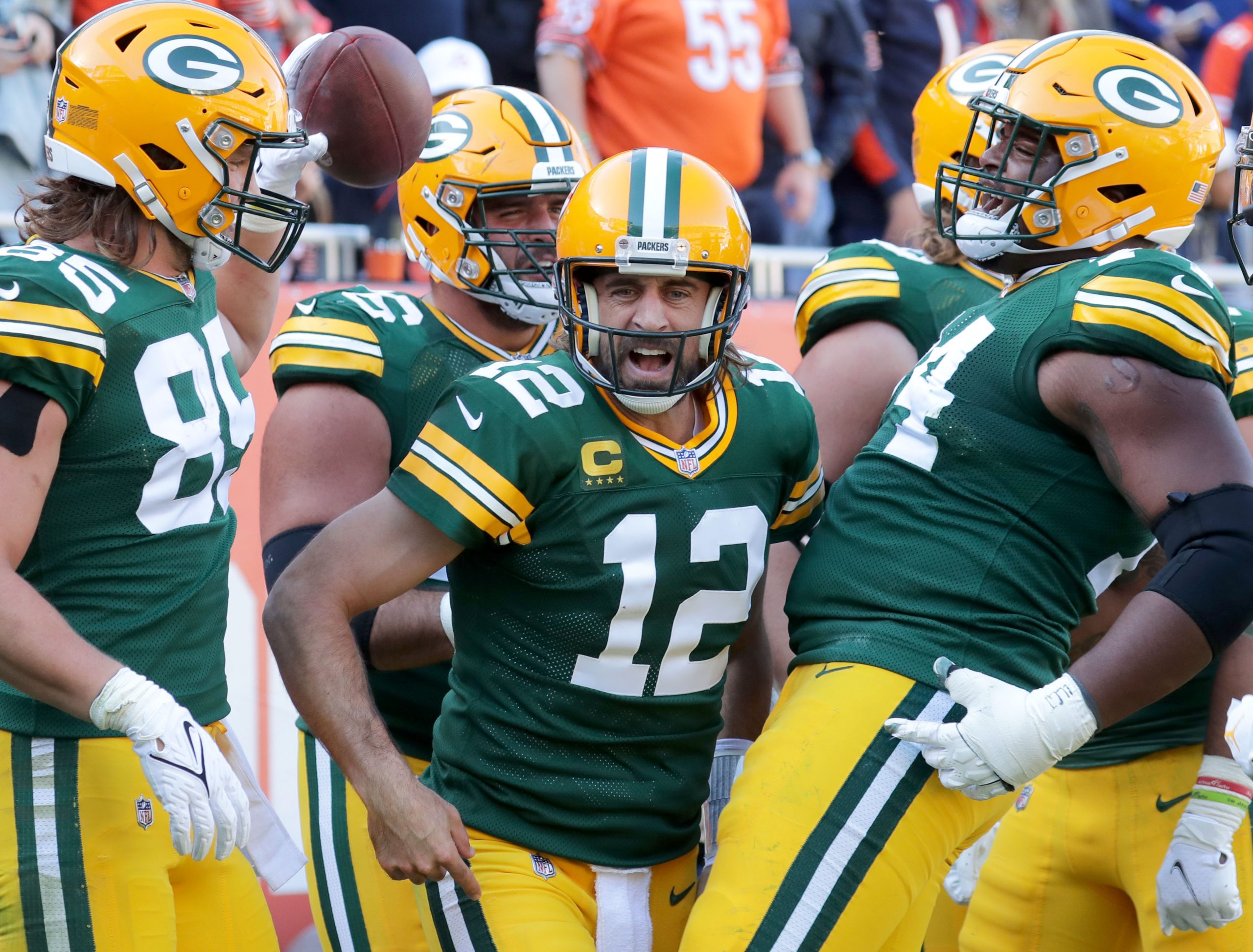 Aaron Rodgers threw for two touchdowns and ran for a third as the Packers defeated the Chicago Bears 24-14 in Chicago.

The Packers defense had a strong game led by Kenny Clark’s two sacks and an interception by Darnell Savage while the Packers offense was steady and gained 154 yards on the ground against the vaunted Chicago defense.

The win improved the Packers record to 5-1 on the season and they now have a two-game lead over both the Bears and the Vikings in the race for first place in the NFC North.

Here are 10 things we learned from the Packers victory over the Bears:

Packers defensive lineman Kenny Clark continues to play at an All Pro level this season. The former first-round pick out of UCLA had two sacks, two quarterback hits and two tackles for loss. Both sacks came in the fourth quarter when the Bears were trying to get back into the game, shades of Reggie White’s performance against John Elway and the Broncos in 1993.

Clark was strong against the run and at rushing the passer. With all the injuries to key players on the Green Bay defense, getting this type of performance from Clark was vital for the defense. Clark didn’t disappoint.

The Packers have dealt with many key injuries this season and they continued to mount against the Bears.

Green Bay got Pro Bowl offensive lineman Elgton Jenkins back which helped the offense significantly. Center Josh Myers was also back to start the game but he suffered a knee injury early on and was replaced by Lucas Patrick who did a solid job replacing him. The severity of Myers’ injury is still not known.

Later in the game, starting safety Darnell Savage was also lost to injury when he took a knee to the head trying to make a tackle. Henry Black replaced Savage and did a respectable job for the rest of the game.

With both starting corners already hurt, the Packers defense can ill-afford to lose Savage for a significant amount of time. We are still awaiting a report on Savage’s availability next week against Washington.

Again, the Packers overcame these injuries and won the football game. They continue to find ways to replace key players with solid play by reserves and good coaching.

After a slow start, the Packers running game became an important weapon in this game. Credit head coach Matt LaFleur for not abandoning the run and continuing to grind out plays to help keep the Chicago defense honest.

Aaron Jones gained 76 yards on just 13 carries while A.J. Dillon added 59 yards in 11 carries. Both backs broke runs of more than 25 yards in this game as the offensive line opened some good holes for them.

Even Rodgers got in on the act, running 16 yards for a first down early in the game and then scoring the Packers final touchdown on a six-yard scramble.

Even with a few snaps in the victory formation to end the game, the Packers finished with 154 yards on the ground and a 5.0-yard average as a team. They also held the ball for 32:17 compared to 27:43 for the Bears.

Running back Aaron Jones had a strong all-around game. In addition to averaging more than five-yards per carry, he caught four passes for 34 yards and a touchdown and did a good job picking up pass rushers when called on to pass block.

Jones’ touchdown catch looked largely improvised and the running back again showed good vision and football intelligence on the play.

It wasn’t a monster game statistically for Rodgers, but he was extremely efficient and effective with the ball against a tough Chicago defense. Rodgers completed 17-of -23 passes for 195 yards and two touchdowns.

Rodgers also spread the ball around well and did not just lock on to Davante Adams. In all, seven different receivers caught at least one pass in this game and that does not include a pretty touchdown pass to Equanimeous St. Brown that was called back because of a very questionable offensive pass interference midway through the second quarter.

Out of 21 targets, Adams and Allen Lazard each had five, Jones had four, Robert Tonyan was targeted three times, Marcedes Lewis twice while Amari Rodgers and Josiah Deguara were each targeted one time.

The Packers banged up secondary got off to a slow start on Chicago’s first drive but they settled down after that and held the Bears to just 137 net yards passing for the game.

Bears rookie Justin Fields often had open receivers downfield and a more experienced quarterback may have been better able to take advantage of those opportunities. But between Fields’ inexperience and the pressure the Packers pass rush provided, the Bears offense struggled for most of the game and was held to just 14 points.

Punter Corey Bojorquez continues to impress. He had the second longest punt in Packers franchise history on the final play of the third quarter. The Packers had 4th-and-19 on their own 18 when Bojorquez booted an 82-yard punt that rolled into the end zone for a touchback. Even after the touchback, the net was 62 yards.

Don Chandler has the only longer punt in Packers franchise history when he kicked a 90-yard punt against the 49ers in 1965.

Role players had strong performances for the Packers defense in this game. Dean Lowry had another strong game finishing with five tackles, a sack, a tackle for loss and a quarterback hit. That’s his second straight quality performance.

Jonathan Garvin also recorded a sack and was in on two tackles including one tackle for loss despite seeing limited snaps.

Black was in on four tackles filling in for Savage after he was injured and did a solid job in coverage.

Overall, these players helped the defense have a strong overall performance.

Isaac Yiadom got the start in the absence of Kevin King and Jaire Alexander and the Bears beat him often on the first drive of the game.

Later, the recently acquired Rasul Douglas came in to replace Yiadom and the coverage improved. Douglas finished second on the team with five total tackles and improved the overall coverage of the defense in the second half.

Douglas still has more to learn about the defense, but he was able to make a solid contribution to the defense in his first major action with the Packers.

The Packers were able to get a big division win on the road for their fifth straight victory after the Week 1 embarrassment against the Saints.

The Packers got off to a slow start but took control of the game and were able to keep the inexperienced Fields and earn the victory.

The schedule will get harder soon so getting some of their injured players back will be helpful, but this was a good team win for the Packers. 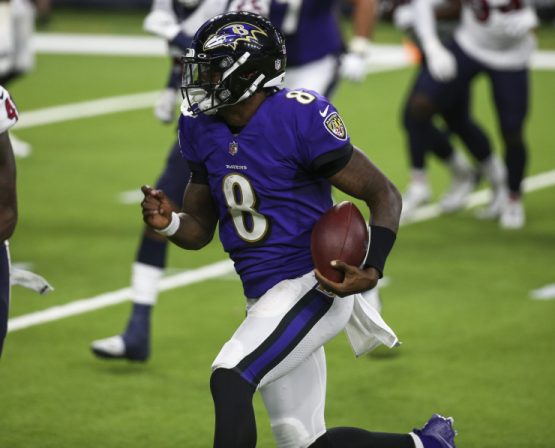 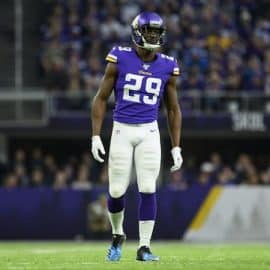 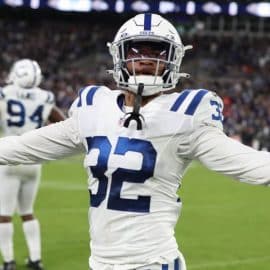 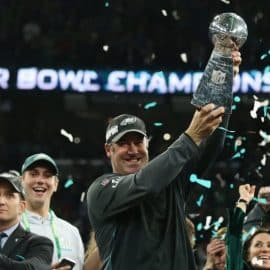 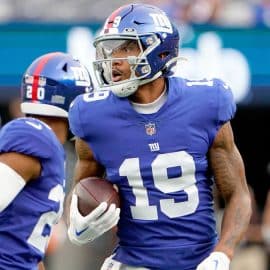 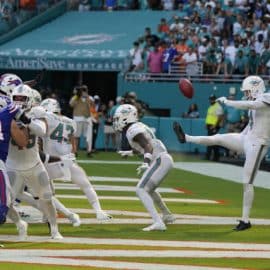 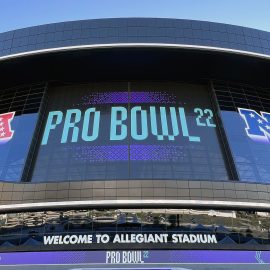