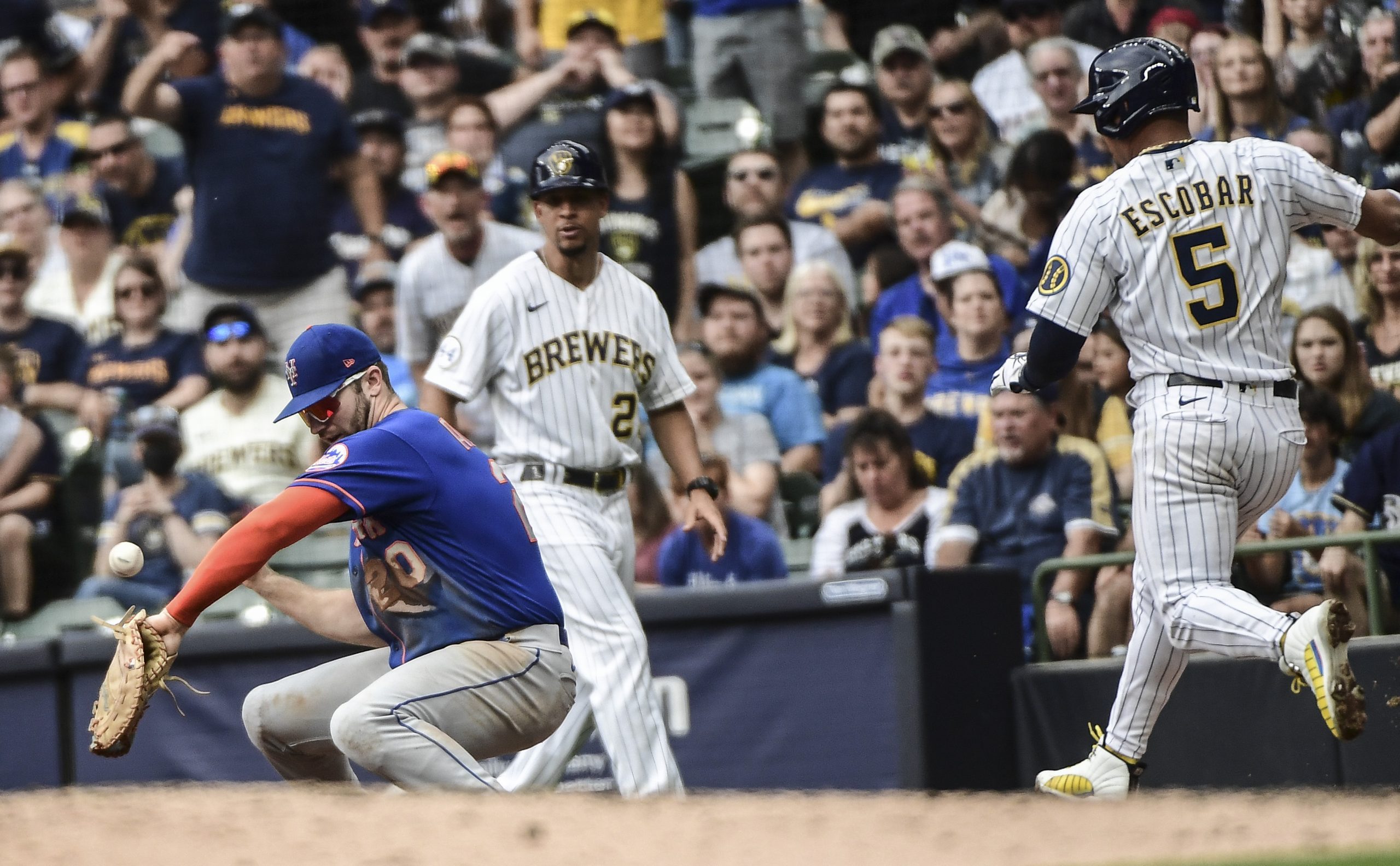 They were the classic red shirts today, killed so that the stars could get the glory. Without a doubt the stars were the Milwaukee Brewers, who clinched the N.L. Central division championship with an 8-4 victory over the Mets. The Brewers did it the way you’re supposed to do it: At home in front of a packed house of loyal fans who lined up to buy championship merchandise after the game, with players and their families enjoying the fallen confetti long after the game was done.

It’s been more than an hour since the Central was won, and some players and families are back on the field sitting in the confetti. Clearly this is special to them pic.twitter.com/1s0m7iLeOM

This was supposed to be us. Hell, the Mets were practicing for this very day, and maybe three or four more like it. Instead, the Mets were a footnote to history as they clinched an under .500 season in which they were in first place for three months. They weren’t even a vanquished foil. They were the extras hired to fill out the scene for ambience. They were Sylvester Stallone in Bananas. The Washington Generals. The Red Shirts. They made excellent red shirts. Carlos Carrasco even brought a little extra to his role, as he was merely expected to give up “The Carrasco”, which is two runs in the first inning (including a Willy Adames home run which flew into space with Jeff Bezos), but he also went above and beyond by giving up three more runs in the second, which I guess is a Carrasco and a Half? Was that the show Charlie Sheen was in?

(By the way, this was the 9th straight game in which Carrasco gave up runs in the first inning, breaking Nolan Ryan’s club record. He gave up first inning runs in 8 straight games in 1971, and was immediately traded for Jim Fregosi. So we should be happy that the Mets have learned to be a little more patient in 49 years.)

The Mets crawled back to make it 5-4 with two in the 4th and one in the 6th, but these red shirts were in no position to ruin the storybook ending. In true red shirt fashion, they made themselves easy to kill by kicking the ball all around the infield in the bottom of the 6th. With runners on second and third Jonathan Villar double clutched on a grounder as he wanted to throw home. But he couldn’t get the handle and decided to throw to first base, where Pete Alonso wasn’t ready to take the throw even though that was literally his only job at that point was to be ready for the throw. One run scored on that, and then a Francisco Lindor error on a throw from the hole brought home two more (though Alonso could have had that one too.) This caused Keith to say that “this is how second division teams play … I’m not going to put lipstick on a pig.”

I recorded this game so that I could watch it later. Most sane people would ask why the hell I would do that/ My answer? Because you never know where the next ironic sponsorship is coming from. 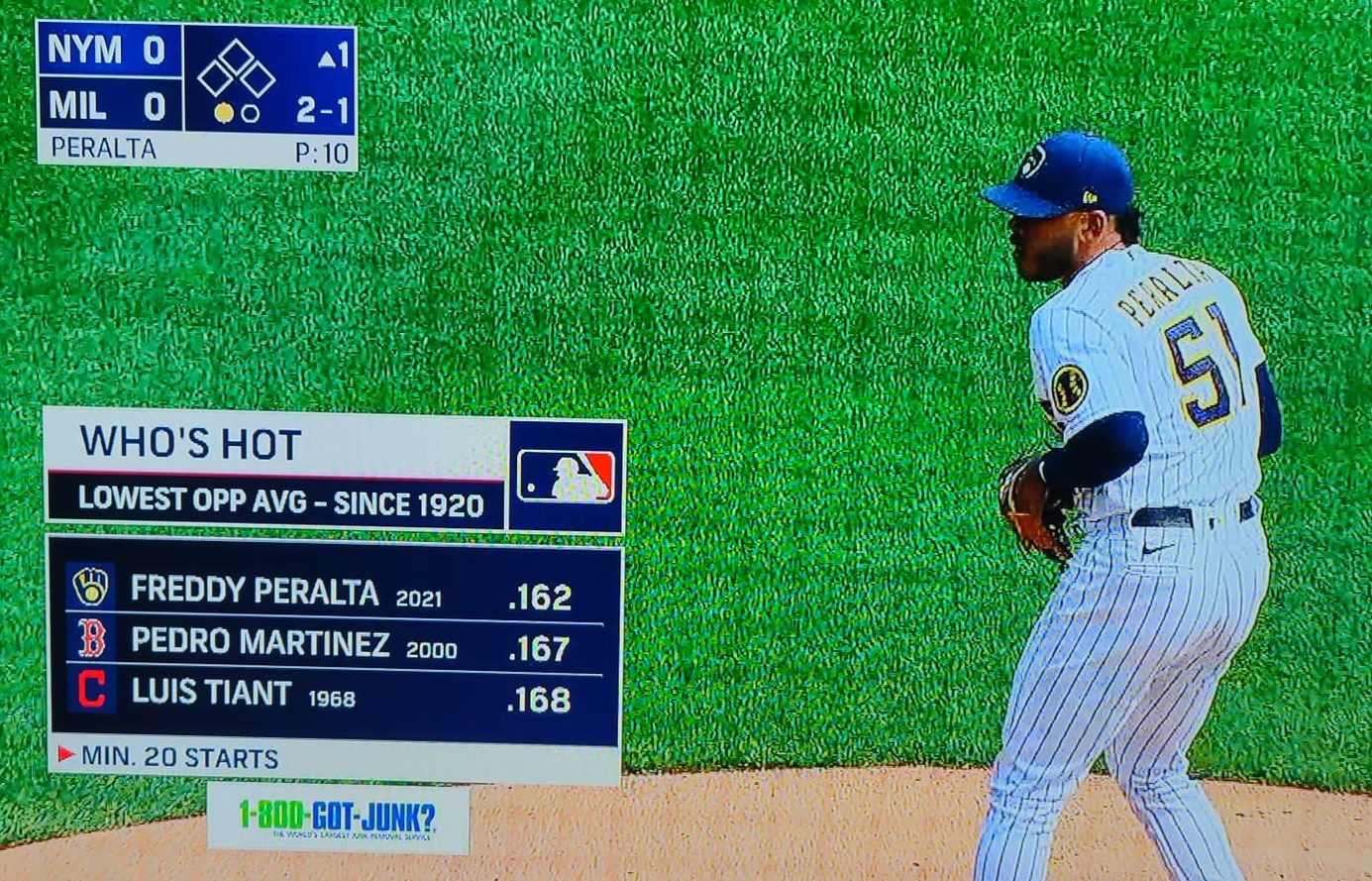 If that’s not a metaphor for this off-season, I don’t know what is. Maybe get rid of those red shirts lying around.