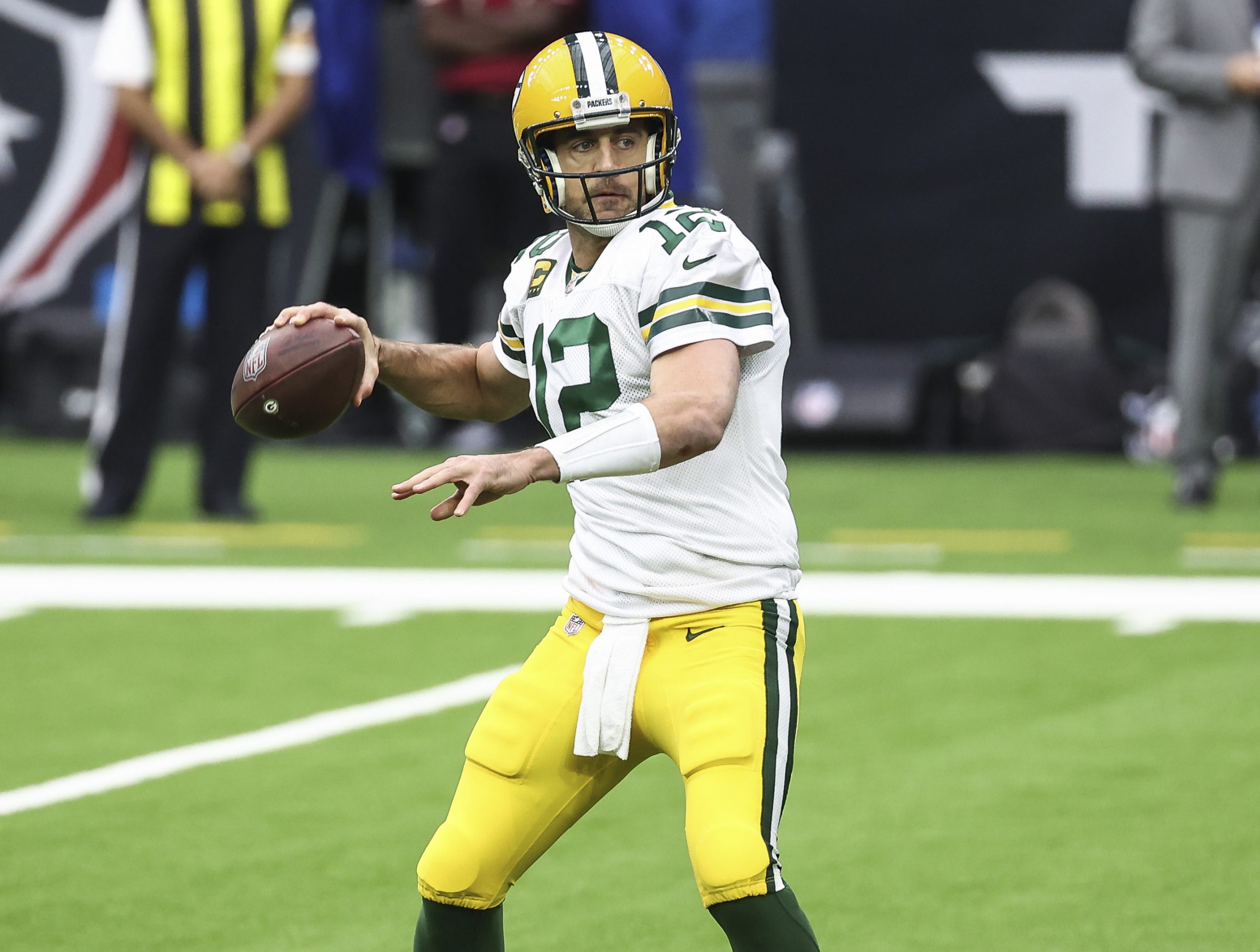 The next milestone date in the ongoing saga between the Green Bay Packers and quarterback Aaron Rodgers is here. Today is June 1st and this means that as of today, the Packers will take a significantly lower cap hit if they trade the NFL’s reigning MVP. But of course, that doesn’t mean the Packers will suddenly make a trade involving their franchise quarterback.

In fact, on Monday, Gutekunst was still adamant that he was not going to trade Rodgers at all despite no resolution to this mess being in sight.

As of today, the cap hit the Packers would take for dealing Rodgers goes down from $38.356 in dead cap money to “only” $21.152. That’s a savings of more than $17 million and that’s significant for a team like the Packers that is struggling to stay under the salary cap.

Rodgers already stayed away from the Packers voluntary OTAs last week and that means he will not collect his $500,000 workout bonus which he receives if he attends 85 percent of the team’s offseason workouts. Instead, Rodgers spent the week in Hawaii with his fiancée, Shailene Woodley and photos of the couple were all over social media.

The next milestone date in this saga is June 8th. That is the start of the Packers mandatory minicamp and Rodgers is obligated to show up. The question is, will the Packers franchise quarterback make an appearance or will he continue to show his resolve and stay away?

As it stands now, both sides have some form of leverage over the other. Rodgers can withhold his services and threaten to retire if he’s not traded from the Packers. Green Bay would lose their franchise quarterback and an opportunity to compete for the Super Bowl this season with a team that looks slightly better on paper right now than the 2020 team that went 13-3-0 and reached the NFC Championship Game for the second straight year.

If Rodgers refuses to play and retires and the Packers don’t trade him, they will get nothing in return for their franchise quarterback and head into the season with an unproven and raw starting quarterback in Jordan Love.

Of course, if Rodgers doesn’t show up on June 8 and then doesn’t report for training camp, GM Brian Gutekunst may change his mind and try to get something in return for Rodgers. There is little doubt that if Rodgers is indeed traded, the Packers would strongly prefer to send him to an AFC team with the Las Vegas Raiders, Denver Broncos and Miami Dolphins being the most frequently listed destinations.

If they were to trade Rodgers, the predicted return would be significant. We are talking two or possibly three first-round picks, a short-term starting quarterback and possibly another starting position player. The other advantage for the Packers is that trading Rodgers would allow them to proceed with a lower-priced quarterback at least while Love is still on his entry-level contract.

One thing the Packers don’t want to do is have a repeat of the Brett Favre fiasco from 2008. The Packers knew Favre wanted to join the division-rival Vikings and instead traded him to the New York Jets. After one injury-plagued season in New York, he ended up signing with the Vikings and facing the Packers twice a year for the next two seasons.

Meanwhile, Packers head coach Matt LaFleur remains stuck in the middle of this mess. At last week’s voluntary OTAs, LaFleur told reporters he is hoping Rodgers returns to the Packers for the coming season and said he wants his quarterback back.

While all this is going on, LaFleur is giving more reps in practice to Jordan Love and he can give him some additional attention during Rodgers’ absence.

We still don’t know if the Packers and Rodgers can work things out and if Rodgers will return to the Packers for the 2021 season. The short-term and long-term future of the franchise will turn on it. For Rodgers, this doesn’t seem to primarily be about money but what he views as respect. For the Packers, it’s a question of trying to keep their team together for 2021 to make at least one more run for a Super Bowl with Rodgers at the helm.

Important dates come and go in this saga, but the end of this situation does not seem to be in sight.