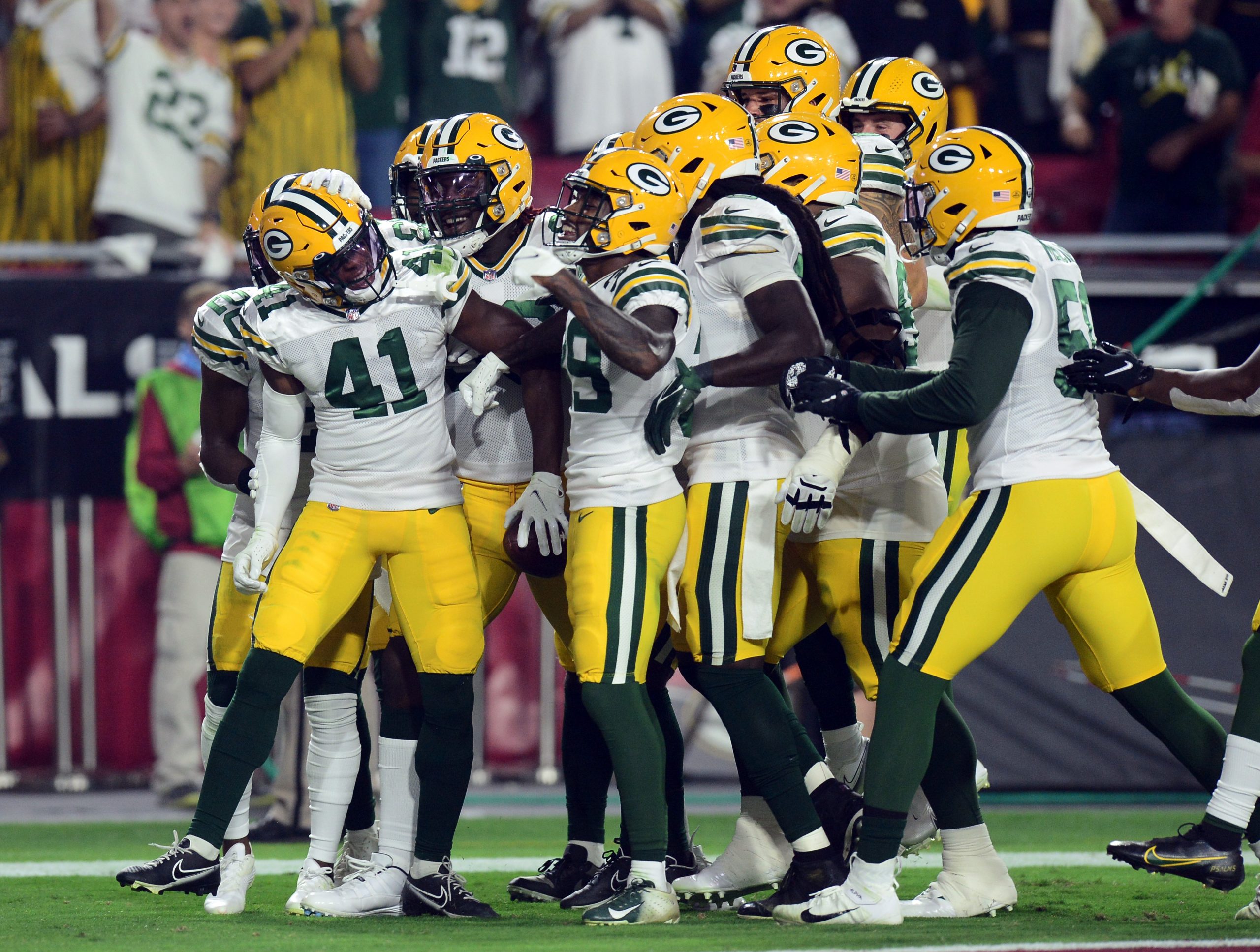 The NFL trade deadline arrives Tuesday afternoon and it’s possible the Green Bay Packers will be active this season. Because of the team’s salary cap situation and the fact that this may be Aaron Rodgers’ last season with the team, GM Brian Gutekunst has been more willing than every to try to address the team’s immediate needs.

Injuries have also wreaked havoc with the Packers roster this year, creating short-term and long-term needs for the team to address this season.

Here is a look at the top positions the Packers are likely to address if they make a trade at the deadline this season:

The Packers have two strong running backs in Aaron Jones and A.J. Dillon but Kylin Hill was lost for the season returning a kick against the Cardinals so the Packers have a need for depth.

They do still have Patrick Taylor on the practice squad and it may be easiest to promote Taylor to the active roster and let him be the third running back on the depth chart. He has good size and is a good receiver out of the backfield, something the Packers offense utilizes often.

Gutekunst could also sign a street free agent and add them to either the active roster or the practice squad.

If the Packers do trade for a running back, don’t expect them to give up more than a late, day-three draft pick.

The Packers are thin at this position since Za’Darius Smith was lost to a back injury after Week 1. Preston Smith also missed the Week 7 contest against Washington with an oblique injury but he managed to play against Arizona.

Rashan Gary and Preston Smith have played well and the Packers are currently eighth in the league in sacks with 19 through eight games.

The big question here revolves around Za’Darius Smith. Z hinted at a return on social media last week although it is still not clear how much longer he’ll be unavailable.

If Za’Darius will miss more than a few more games, the Packers could look at add another edge rusher at the trade deadline.

The Packers are still missing Jaire Alexander who suffered a shoulder injury in Week 4 against Pittsburgh. It is not clear when or even if “Ja’Money” will return this season.

Kevin King has also missed significant time due to injuries, playing in only three games thus far. He hasn’t played since Week 5.

Rasul Douglas has stepped in and done a good job since being signed off the Cardinals practice squad. Rookie Eric Stokes has speed and a good attitude but still makes his share of rookie mistakes and has issues tracking the ball in the air. Chandon Sullivan has been playing well as the slot corner, especially over the past few games.

Depth is an issue. King is injured so often it’s tough to rely on him. Stokes is learning but is still inconsistent.

If Alexander will be out for an extended time, the Packers need more depth at this position. A trade makes the most sense if the team hopes to upgrade this position. Gutekunst already made a great find in Douglas but it would be difficult to duplicate that kind of street free agent pickup in one season.

The Packers lost starting tight end Robert Tonyan for the season to a knee injury last Thursday in Arizona. Josiah Deguara will be the next man up as the team’s primary receiving tight end but the Packers may want a bigger upgrade at this position for the second half of the season.

Both Marcedes Lewis and Dominique Dafney are primarily blocking tight ends as is Tyler Davis. None of them have the ability to get deep down the seam consistently and to force defenses to account for them in the passing game.

There are several possible trade targets. Evan Engram of the New York Giants may be available. Engram has excellent physical tools and has the ability to stretch the field but he is also very inconsistent and drops too many catchable passes.

Another possible trade candidate is Jonnu Smith who is now with the New England Patriots. Smith may not be as big a name as Engram and may not be able to stretch the field like Engram can, but he would cost less to acquire and is familiar with LaFleur’s offense after playing for the Titans when LaFleur was their offensive coordinator in 2018.

It will be interesting to see if Gutekunst and the Packers are aggressive or quiet at the trade deadline. Don’t expect a blockbuster deal but look for the Packers to try to do something to improve the team as long as they don’t have to overpay.