Who Will Be The Next To Go In New York Mets’ Sell Off? 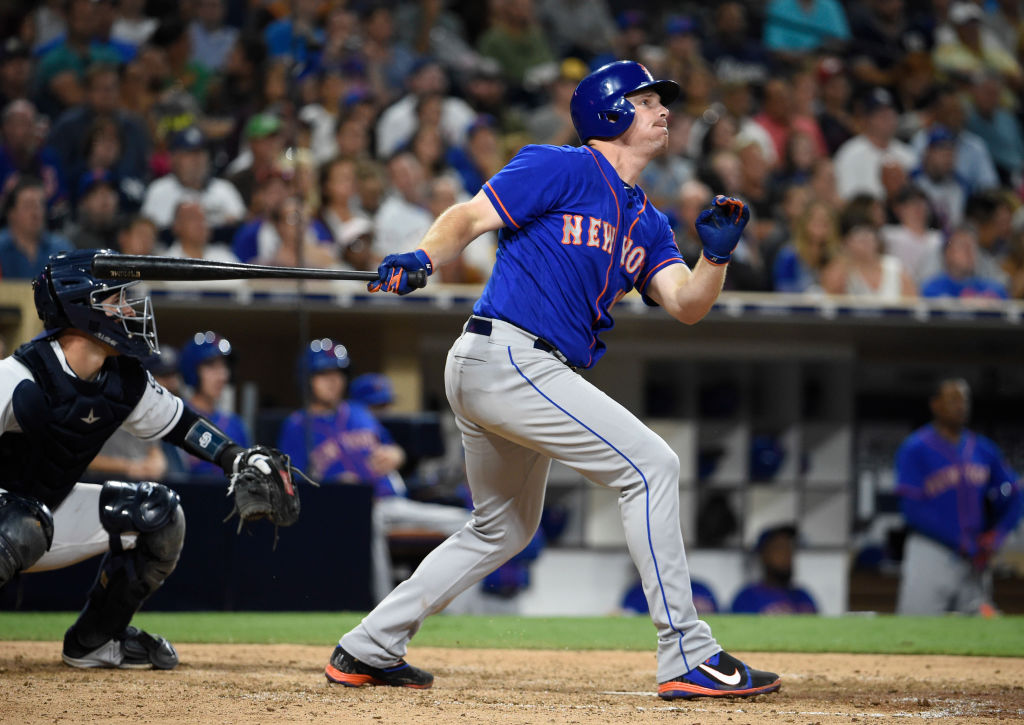 The New York Mets started the process of dismantling the team that made two consecutive postseason appearances, including a trip to the World Series in 2015, yesterday when they shipped first baseman Lucas Duda to the Tampa Bay Rays. Duda has always been a polarizing player with the fans, many of whom have never forgiven him for airmailing that throw home which cost the Mets Game 5 of the World Series, but its hard to deny that he has been a very productive player for them. The departure of Duda means that the Mets are fully invested in trying to rid themselves of players on expiring contracts, and they only have three games left before the deadline to showcase their assets. Luckily for the Mets, that series takes place in Seattle, so they can utilize the designated hitter to get more of their trade chips into the lineup. Here’s a look at where things stand for the remaining Mets on the block:

Addison Reed: Reed remains the most coveted trade chip the Mets have, with up to eight teams reportedly in on him. The Mets figure to slow play their hand with Reed in order to try and maximize their return in terms of prospects, so expect him to stick with the Mets throughout the weekend and get dealt on Monday. One option that the Mets are considering is packaging Reed with another player in order to further boost their return, Newsday’s Marc Carig reports. This makes sense since many of the team’s other assets, like Curtis Granderson and Jay Bruce, haven’t drawn as much interest in a soft market for hitters. Packaging Reed with a guy like Granderson could allow the Mets to kill two birds with one stone.

Asdrubal Cabrera: There appears to be a steady market for Cabrera, who has boosted his value by playing third base for the past few days. Cabrera has certainly helped his cause by playing well this month, batting .302 with a homer and six RBI’s after the All Star Break. The Boston Red Sox likely took themselves out of the bidding for Cabrera when they acquired Eduardo Nunez from the San Francisco Giants, but the Seattle Mariners and Cleveland Indians remain interested. The Mets are highly motivated to move Cabrera in order to open a spot on the infield for Amed Rosario, who is reportedly going to be called up after the trade deadline.

Curtis Granderson: After getting no interest for weeks, the market finally appears to be heating up for Granderson. Reports recently indicated that several contenders have shown interest in the Grandy Man, who offers value in his ability to play all three outfield positions and as a lefty bat off the bench with a ton of postseason experience. The Milwaukee Brewers are also interested in Granderson according to Fox Sports’ Ken Rosenthal.

The Mets will likely try to move Granderson in a deal with Reed to boost their return, but if he sticks around they could always move him in a waiver trade in August. Granderson still has about four million dollars left on his 2017 salary, so he should easily clear waivers, which would allow the Mets to deal him to the team of their choice.

Jay Bruce: The market has remained surprisingly soft for Bruce, who slugged his 26th homer of the year last night. The problem appears to be that not a lot of teams appear to be in the market for slugging corner outfielders, which was indicated by how little the Detroit Tigers got back for J.D. Martinez, a comparable player for Bruce. The Indians had been linked to Bruce before, but they appear to be looking more at Cabrera as a utility player. The Yankees were in on Duda until the end and could be a match for Bruce, who is capable of playing first base and would thrive at Yankee Stadium. One sleeper to watch here could be the Pittsburgh Pirates, ESPN’s Buster Olney notes. The Pirates, who have surged back into the playoff race, are down an outfielder after Gregory Polanco went on the disabled list last week with a hamstring injury. Bruce could be a fit here for Pittsburgh, but Olney indicated that the Mets had nothing in the works for Bruce as of last night. There is a lot of time between now and the deadline, however, even though it appears Bruce may be here on August 1st.

The Rest: The Chicago Cubs were linked to Rene Rivera a few days ago, but there hasn’t been any indication that the Mets are considering dealing him at this point. Rivera has proven to be a solid backup catcher for the Mets, who have an unsettled situation at the position going forward . . . Neil Walker is set to return from the disabled list tonight in Seattle, but he won’t have enough time to re-establish his value before the deadline. The Mets could always try dealing Walker in August since he would likely clear waivers, but they may opt to hold onto him and try re-signing him for next season . . . The Cubs also asked the Mets about Seth Lugo, who they have no interest in trading right now. Given how poorly things have gone for Mets’ starting pitchers, the price for Lugo would be very high since he is under team control until 2022 . . . Jerry Blevins would command a good return in a trade since he has a team option for 2018, but the Mets are more likely to retain him and pick up that option. Given the fact that Mets’ General Manager Sandy Alderson landed a relief pitching prospect in the Duda trade, it appears that one of his main goals this winter will be to bulk up the bullpen. Trading Blevins would be counterproductive since he remains an elite left handed specialist.