Jameis Winston opens up about meeting with Tom Brady 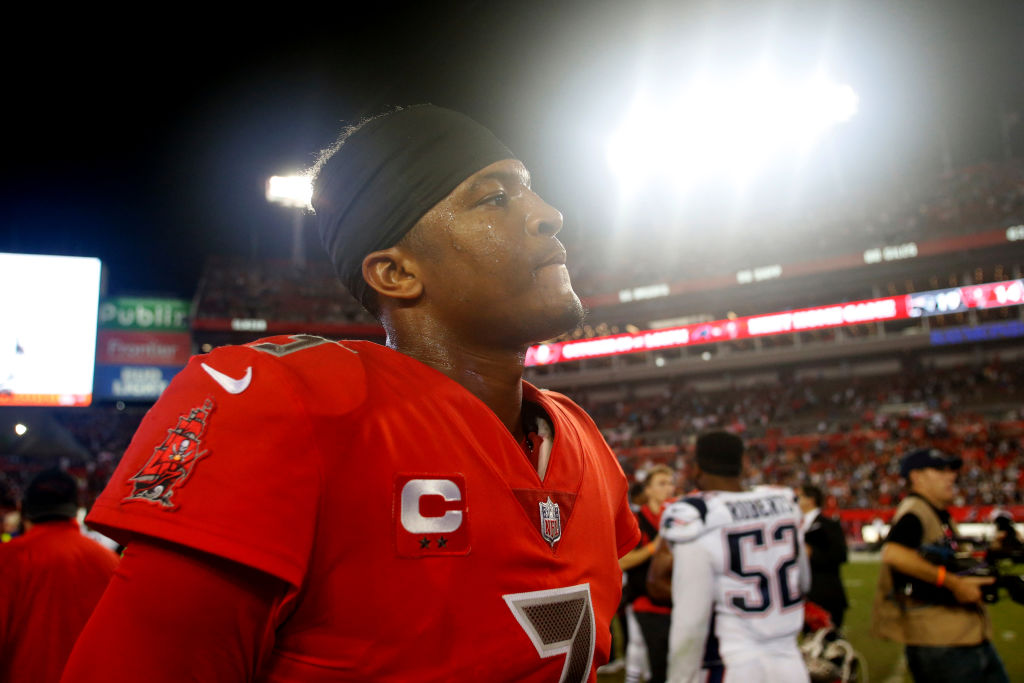 Jameis Winston opens up about meeting with Tom Brady

Bucs quarterback Jameis Winston had the opportunity to meet with Tom Brady after Thursday’s 19-14 loss, and he seemed to really cherish the moment.

There’s a lot of pressure on Winston, now in the third year of his career, to take the “next step” in his development. He’s had his moments and flashes, but he still struggles with consistency, and has missed some downfield throws that could’ve potentially gone for big plays. In a close game like the one on Thursday, those are the difference.

Tom Brady, however, is known for making those plays, and that’s part of what makes him great. If and when a defense makes a mistake, or there’s a matchup he can exploit, he often does just that, and makes them pay.

Winston had some high praise for Brady after their meeting.

“I just said, ‘It was an honor.’ I told him thank you. A lot,” Winston said, via Jenna Laine of ESPN.com. “That’s a blessing, man, to meet someone like that. I dream to be able to be the type of quarterback he is for his team to our team.”

The young signal-caller has the keys to the castle, and the team hopes he will develop into their franchise quarterback, but how effective he’ll be remains on him.