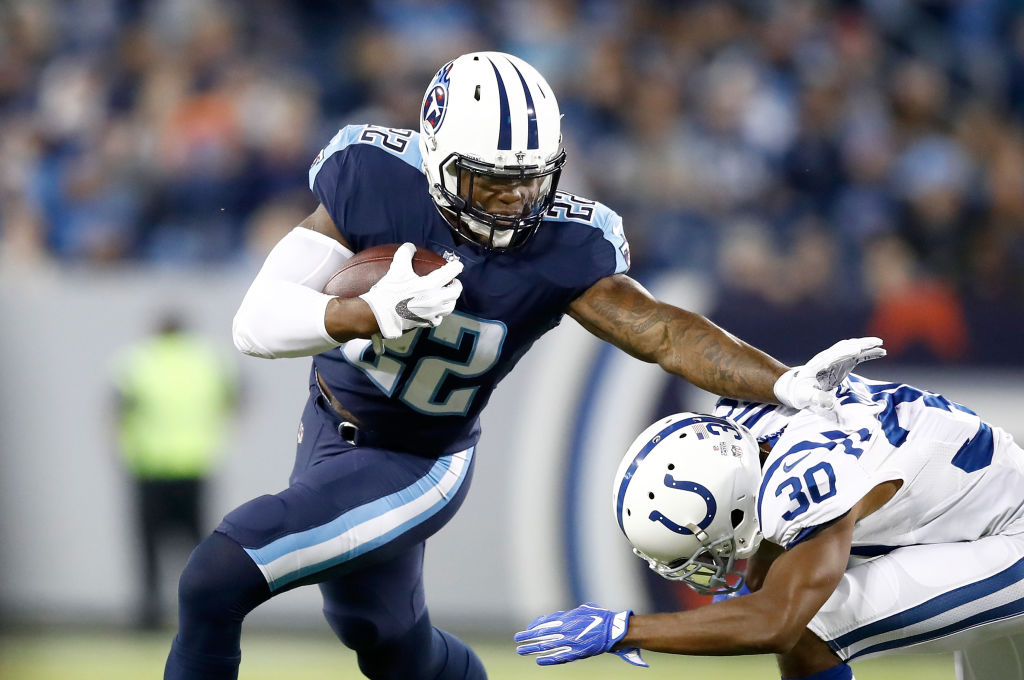 Titans veteran running back DeMarco Murray was hampered by a hamstring injury in Monday night’s game against the Colts, which opened the door for young Derrick Henry, and he made the most of the opportunity.

Henry carried the ball 19 times for 131 yards (one touchdown), and also caught a pass for a 14-yard gain. The Titans running back appeared to wear down the Colts late in the fourth quarter, and that allowed him to seal the game with a 72-yard run for a score on the team’s final play from scrimmage.

Henry bounced it outside and the rest was history, as he made one defender miss in the open field, and the rest of the Colts defense appeared to be too gassed to catch him.

The Titans down the Colts, 36-22.pic.twitter.com/dYYRrb4EVr

The Titans trailed throughout a good chunk of the game, but in the end emerged victorious, 36-22.