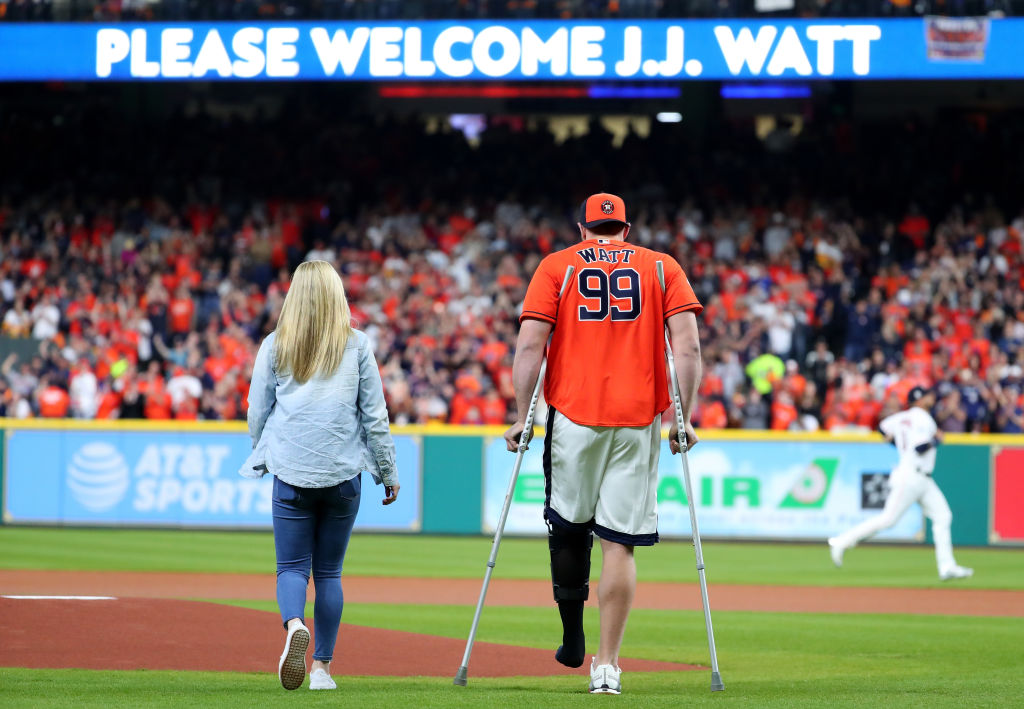 The Astros just won their first World Series title in franchise history, and it’s safe to say the city is going to be completely lit from here on out — until at least next week.

The craziness starts during Friday’s celebration parade, which will begin at 2 p.m. local time. We never really know what will take place at the events, so it will be exciting to tune in and be a part of the action.

Houston fans really don’t want to work on Friday, and if they’ve been following the team, they shouldn’t have to, as they earned it with their dedication.

One particular fan approached JJ Watt in hopes of getting a response, so he and the rest of his colleagues could get the day off. Sure enough, Watt came through in the clutch, like he’s been known to do on the field.

The fan was pretty pumped about it afterward.

Enjoy the day off, sir!