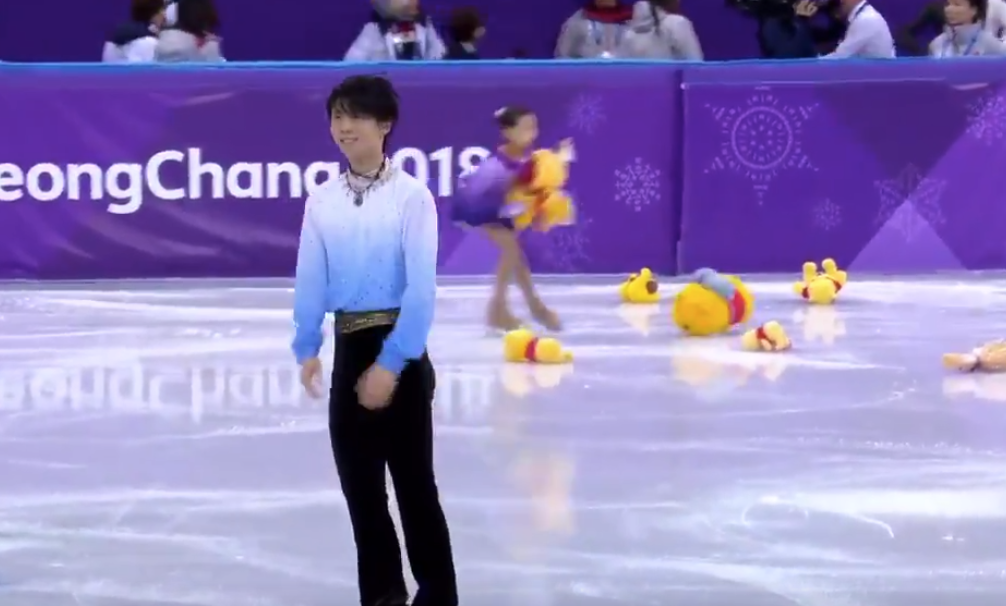 Japan’s Yuzuru Hanyu destroyed the rest of the field in the men’s figure skating short program on Friday, finishing with a 111.68. He won the gold medal in Sochi, and is on track to win another one in Pyeongchang. The next closest competitor to him is Spain’s Javier Fernandez, who scored a 107.58.

Hanyu’s performance was stellar, but the unorthodox method by which fans showed love for him after he finished was even better.

Fans tossed Winnie-the-Pooh bears onto the ice after Hanyu completed his routine, which certainly wasn’t what viewers expected would happen.

Winnie-the-Pooh bears apparently used to be a good-luck charm for Hanyu, as he revealed he used to place tissue boxes showing the fictional character’s face on the boards of ice rinks he skated on when he was younger.

Props to the fans for making it rain in a big way.