The Streak Is Dead, Long Live The Streak 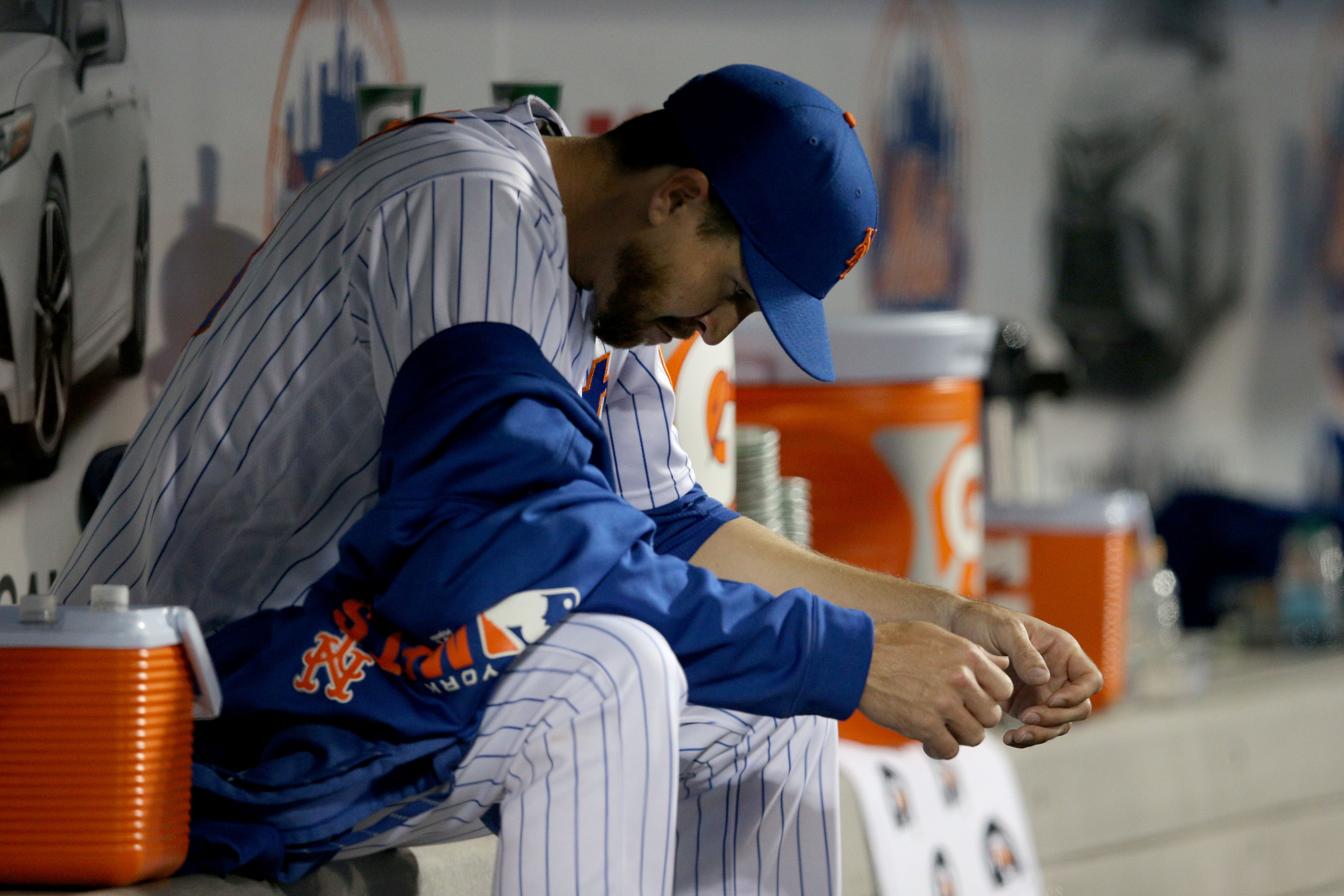 The Streak Is Dead, Long Live The Streak

It had to happen sometime.

And if it was going to happen, a cold night in April against the Minnesota Twins is as good a game as any to have it happen. Either way, Jacob deGrom’s streaks of 26 straight quality starts nd 27 straight scoreless innings are in a heap of ashes after a 14-8 loss on Tuesday. deGrom gave up six runs in four innings with only three strikeouts just one start after his brilliance against the Miami Marlins. Ironic that deGrom’s streak would end with a loss on a night where the Mets scored eight runs for him. More ironic still …

It cannot be a coincidence that the night J. deGrom had a chance to pass Bob Gibson for most consecutive quality starts in @MLB history that he lost to an opposing pitcher with the last name of Gibson, can it?🤔

We can harp on many reasons the streak ended. The game was delayed by rain on a night where deGrom had to pitch in a less than ideal temperature? Eh, maybe. The other guys had to pitch in it too. The Twins are much better than last year? I’d be willing to admit to that more than the weather.

Or how about the fact that this was the first game in just over a year that Jacob was caught by Travis d’Arnaud? That’s the conspiracy theory that’s happening here, and since trashing d’Arnaud is on brand for me it’s a conspiracy theory that I can get behind. But I won’t. I won’t for the simple fact that if you believe that Travis d’Arnaud was responsible for ending the streak, then you’re not giving Jacob deGrom enough credit for the streak.

Great pitchers are known to have personal catchers. Perhaps deGrom  found a comfort level with Devin Mesoraco that gave him that extra oomph last season. And trust me, I’ll still tell you that if d’Arnaud was traded for Mike Trout’s strained groin I wouldn’t shed a tear. But I can’t go blaming catchers the same way I can’t give them so much credit for what pitchers do. deGrom didn’t have it, and he’ll tell you that. I can’t believe that there is something to this, and I can’t believe that deGrom would believe there is something to this. But if he does, then you’ll never see d’Arnaud catch Jacob again … even if he believes it in the way that Crash Davis always believed in the abstract concept of respecting the streak. Bad juju. Don’t drink Jobu’s rum. Stuff like that.

Hopefully, Tuesday will just prove to be an aberration and not a Jake Arrieta like tumble towards “halfway decent”. But if the end of the streak gives us anything, it gives us a chance to appreciate the streak. The constant focus and presence on the mound. The bulldog mentality. The ability to spit in adversity’s face. The streak couldn’t last forever. But it made a damn good run.

I’m sorry, but hating Minnesota Twins is like hating puppies. I can’t do it today. Maybe tomorrow, but not today.