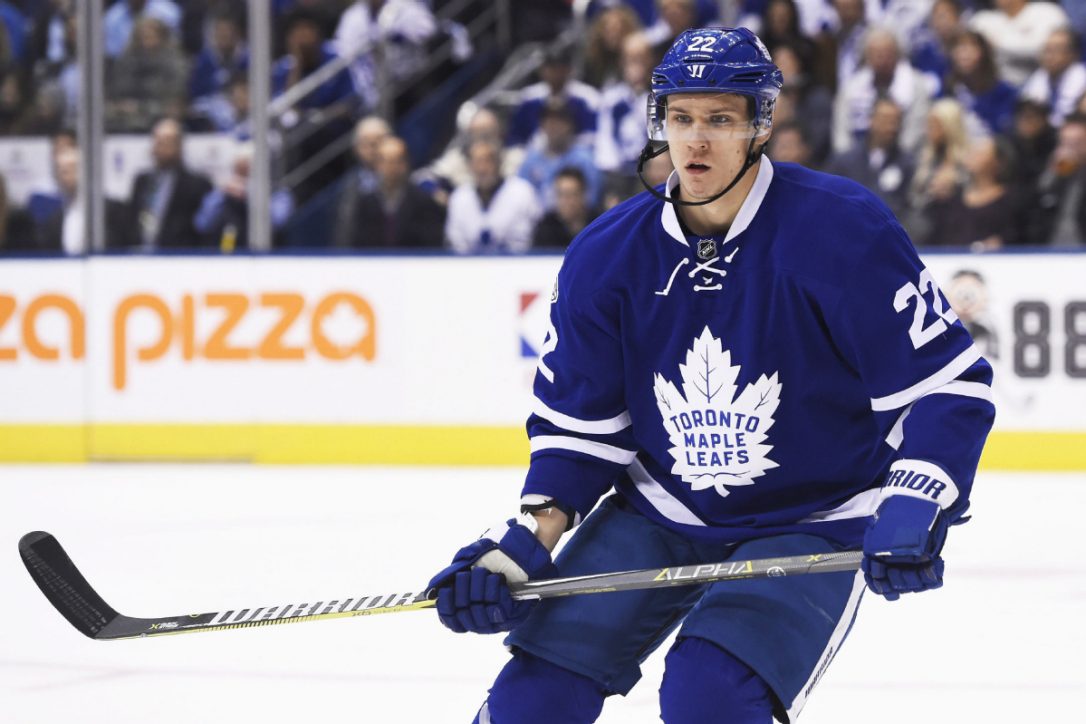 The Stanley Cup has been awarded, which means the focus has now completely shifted to next week’s entry draft and the trade rumors that come with it. With Ken Holland now in charge of hockey operations as the President of Hockey Ops and General Manager, expectation is there will be considerable change to the roster this summer.

The rumors have been flying for weeks now, from possible Milan Lucic trades to the Oil signing a goalie like Mike Smith or Brian Elliott to platoon with Mikko Koskinen. The latest rumor connects the Oilers and Toronto Maple Leafs, who discussed multiple trade scenarios at the deadline.

The latest rumor involving the Oilers and Maple Leafs? It surrounds Russian defender Nikita Zaitsev. After a second straight sub-par season, the Leafs are attempting to clear cap space and give Zaitsev a fresh start. The Oil, among other teams, have reportedly kicked the tires.

TSN’s Darren Dreger had the speculation on Thursday afternoon.

Trade discussions will heat up in the days leading up to next weeks draft. Mentioned Vancouver’s interest in Nikita Zaitsev last week. Sounds like the Oilers have some interest as well.

Nikita Zaitsev came to the NHL and emerged as a solid defender during his rookie season in 2016-17. He registered 36 points (4-32-36) and scored 12 points on the powerplay for a Toronto team that shocked everyone and returned to the playoffs for the first time since 2013.

As a result, Zaitsev was rewarded with a long-term contract that pays him $4,500,000 annually. The Leafs liked what they saw from Zaitsev, and they paid him to help anchor their blueline. Unfortunately, things have gone south in the first two years of that extension.

Zaitsev scored just 13 points (5-8-13) in 2017-18, and only 14 this past season (3-11-14). The offense has all but dried up for Zaitsev. After 12 powerplay points in his first season with the Leafs, he has zero in the last two seasons. That’s correct, Zaitsev has not scored a single point on the powerplay for two seasons now.

He did average 20:28 per game, and formed a shut-down pair with Jake Muzzin late in the season after the veteran came over from the Kings via trade. That said, Zaitsev sagged possession wise and overall was a negative for the Leafs in 2018-19.

He posted a Corsi For five-on-five of 49% and a Fenwick For of 46.5%. Neither is particularly inspiring when you consider the Leafs were a strong possession team overall. He was a negative relative to his teammates in both areas, going -4% in Corsi Rel and -5.3% in Fenwick Rel.

All stats are via hockey-reference.

Zaitsev has five years left on his contract with an AAV of $4,500,000. For a player that has struggled in each of the last two seasons, that’s a very risky contract to take on. Unless Toronto is willing to take a bad contract back or eat money, there is no way a team can positively spin acquiring this player.

Of course, there is the possibility that Zaitsev just needs a change of scenery. He was a solid player in Europe and very good during his first NHL season. Perhaps with some powerplay time and a more offensive role, he can rebound. It’s a risk, but it is likely the thinking of teams like Edmonton and Vancouver.

Toronto is reportedly looking for a bottom pairing defender, a mid-round pick and a low-level prospect for Zaitsev. From Edmonton, that kind of deal could be Matt Benning, the Islanders’ third-round pick this June and Filip Berglund. I wouldn’t do that for Zaitsev, mostly because I don’t think he’s much of an upgrade on Benning.

It’s very possible that Holland simply reached out to Kyle Dubas to investigate the possibility of a Lucic-for-Zaitsev trade and that Edmonton has little interest in acquiring the player. I wouldn’t lose my mind over this report.

Unless the Leafs are taking on a bad contract from the Oil or eating some kind of money, there really isn’t a trade fit for Zaitsev to Edmonton. He’s a right-shot with a little offense to him. It makes sense Edmonton checked in, but that is likely where this conversation stops.