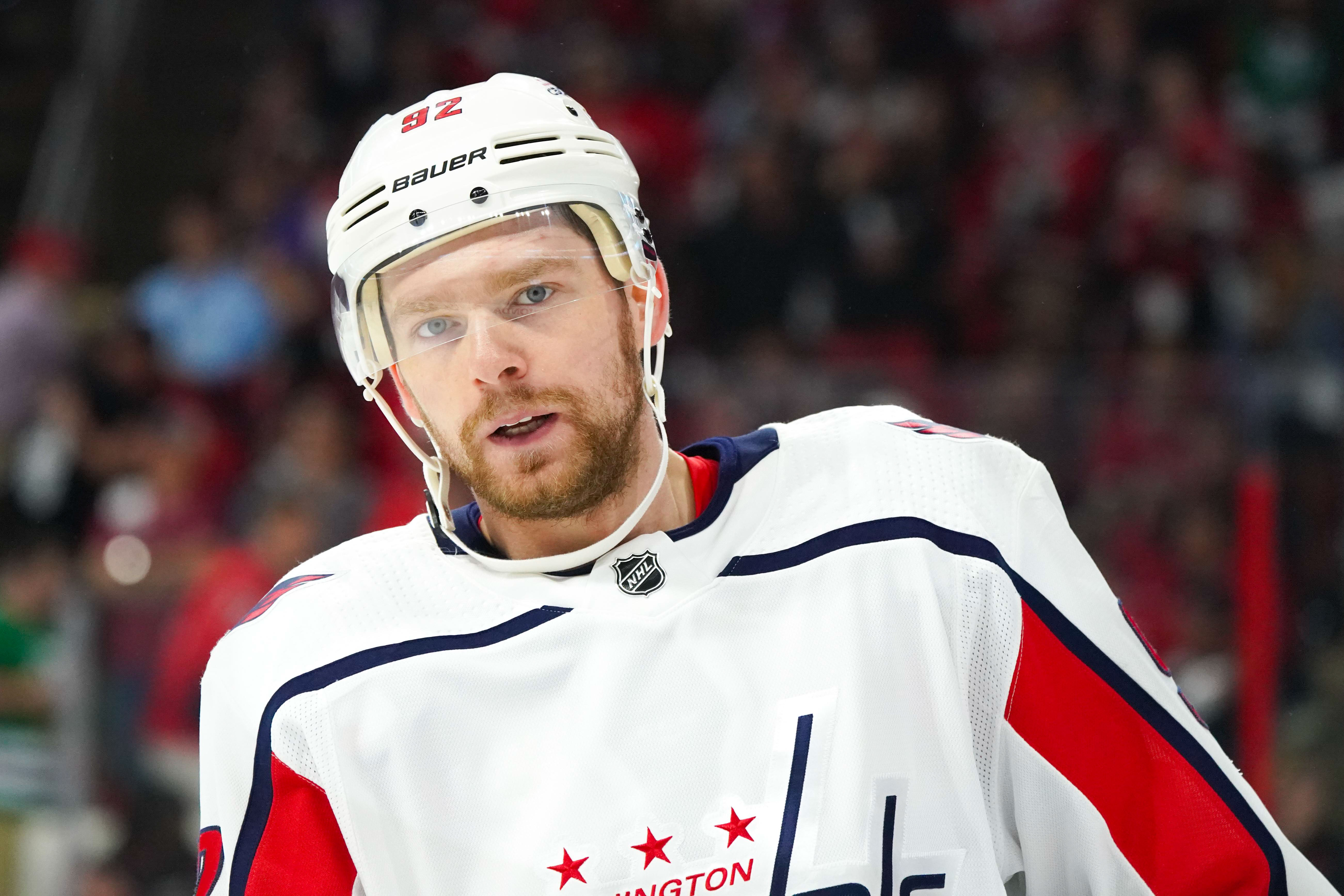 According to CNN, the International Ice Hockey Federation has suspended Washington Capitals forward Evgeny Kuznetsov for testing positive for cocaine.

The drug is banned under the World Anti-Doping Code.

“Recently, the IIHF notified me that, due to a positive test for a banned substance, I would be suspended from international competition for four years,” Kuznetsov said in a statement. “I have made the decision to accept this penalty. Representing my country has always been so close to my heart and something I take so much pride in. Not being able to put that sweater on for four years is very hard to take.”

Kuznetsov will be ineligible for four years, with his suspension concluding on June 12, 2023. He was provisionally suspended on June 13.

“We are aware of the positive test result and related international sanction that has been imposed on Evgeny Kuznetsov,” the Washington Capitals said in a statement. “We are disappointed with this development and take this occurrence seriously.

“In addition, we are committed to ensuring he has the necessary support required to work through this situation.”

Cocaine is not considered a performance-enhancing drug in the NHL and is not prohibited under the NHL’s Performance Enhancing Substances Program.

“We understand that Mr. Kuznetsov has voluntarily sought help through the education and counseling program provided for in the NHL and NHLPA collective bargaining agreement and has agreed to a regular testing protocol relating to his involvement with that program,” NHL Deputy Commissioner Bill Daly said in a statement.

Daly says that Kuznetsov has agreed to a meeting with NHL Commissioner Gary Bettman and that no decisions have been made on whether any additional disciplinary actions are required.

“I have disappointed so many people that are important to me, including my family, teammates, and friends,” Kuznetsov said. “From the first day I took the ice in D.C., the Washington Capitals organization and our fans have been nothing but great to me and my family. I feel absolutely terrible for letting you down. I realize that the only way I can win you back is to take ownership of my situation and my actions from this point forward.”

Kuznetsov apparently misled the NHL and the Capitals when a video surfaced in May, The IIHF said the substance was detected during a doping control in May at the Ice Hockey World Championship in Slovakia.

Kuznetsov was the Capitals’ leading scorer in their run to the Stanley Cup a year ago, tallying 12 goals and 20 assists in 24 games. He had 21 goals and 51 assists in 76 games this past season, which the Capitals considered low.

“I think the frustration from my point or the organization’s point is there’s a top-10 player in the league in there, and when he’s on, it’s a lot of fun to watch and our team is a lot better,” Capitals General Manager Brian MacLellan said at the end of the season. “And when the inconsistency is there, I think everybody gets a little frustrated because you want top-10 Kuzy.”

Kuznetsov’s IIHF ban also will bar him from participating in the 2022 Winter Olympics in Beijing, regardless of whether NHL players are allowed to play.

The NHL’s drug policy isn’t nearly as punitive as the IIHF’s.

“The NHL has never been tough on recreational drug use and is more likely to steer players toward a treatment program than hand out any official discipline. We should therefore not expect to see Kuznetsov miss games in 2019-20 because of a suspension. During negotiations for the next CBA, the NHL and NHLPA had also recently tabled the idea of a 2021 World Cup, and Kuznetsov would be eligible. It involves international competition but is run by the NHL and PA, independent of the IIHF.”

The question now becomes, “What will the Capitals and the NHL do, if anything, to Kuznetsov?”