Snakes Without Venom Are Belts 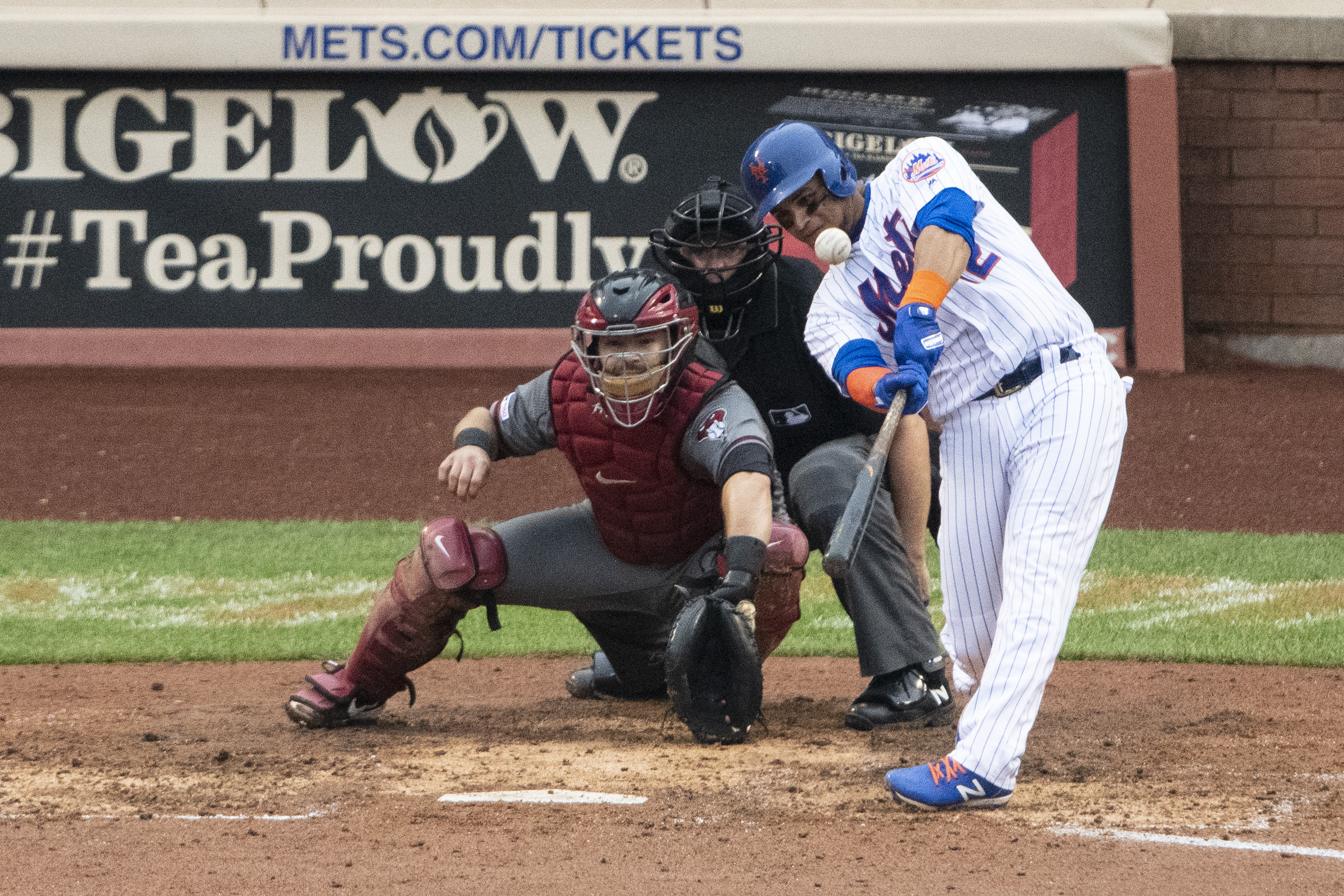 Snakes Without Venom Are Belts

After two weekend losses to the Phillies, the Mets really had to make sure that they were damn near perfect for the four game series against the Diamondbacks, a team that had just had an 11-2 run and were ahead of them in the standings.

Forget near perfect, the Mets turned the Diamondbacks into dust.

In a series that will be punctuated into history by Justin Wilson striking out old friend Wilmer Flores, the Mets didn’t give Flores a chance to bury them in the last two games, winning 9-0 last night and finishing the sweep with an 11-1 victory on an overcast Thursday afternoon. Marcus Stroman gave up one run in 6 and 1/3 and most importantly induced ten ground ball outs which brought him much closer to the Marcus Stroman he’s been for his entire career, and that’s a great sign going forward.

Here’s how you know things are going well: Not only does Todd Frazier continue to his (he got it started with yet another home run), but the Mets are capitalizing on mistakes by other teams as a Nick Ahmed error led to five unearned runs … four of which came on a swing that resulted in something you have never seen, never thought you’d see, and might never see again.

At work? Not watching? Want to see it?

I was too busy yelling to notice that Gare’s voice cracked on his call of the Juan Lagares grand slam. That’s how you know it came completely by surprise.

Lagares wasn’t done, and neither was Gare:

Two home runs, two cracks of Gare’s voice. If his voice cracks, I know yours did. So stop nitpicking. It’s raw, human emotion you heard … right down to Ronnie laughing because baseball very rarely makes any sense. Juan Lagares hitting two home runs after not hitting a home run in Flushing in two years?

At the end of today, the Mets will be two games behind the second wild card no matter what the Cubs do, thanks to the Brewers catching up and beating the Marlins today. But more importantly, they’re a game ahead of the pace that I set for them back on August 1st at 76-70. The Dodgers now come in for three and I said then that they’d be lucky to get one. Now the last time I said “well, Syndergaard and deGrom are going so we’ll win at least one”, the Cubs swept the Mets. So I’m going to shut up here.

(Though it will be interesting to see who Handsome Art Howe has catch Syndergaard tomorrow … Wilson Ramos is hitting well but is only 2 for 12 against Clayton Kershaw so maybe the remote possibility of Ramos getting a hit off Kershaw isn’t worth risking Syndergaard’s production.)

Now here’s the good news: The Dodgers have clinched the division. And even though they’ll have something to play for as they battle the Astros and Yankees for home field advantage in the World Series, they might still be in downshift mode this weekend. I’d doubt it, but you never know. The 2006 Mets went on a 6-13 stretch after they were 87-52 and they pretty much had the division clinched. So the Dodgers might be taking this week to rest a few guys here and there and lick whatever wounds they might have, physical or mental. So as evidenced by sweeping Arizona after losing 2 out of 3 to the Phillies, you never know.

But I’ll argue that these three games against the Dodgers are almost inconsequential. Sure, you’d love to win two. You have to win one. But even if the Mets get swept out of the yard, they follow this series with ten against the Rockies in Colorado, the Reds in Cincinnati, and the Marlins at home. The one thing about the Mets is that they’ve handled the truly terrible teams. They’re 23-7 against the White Sox, Tigers, Royals, Marlins and Pirates. Those are teams with a .379 winning percentage. The Rockies, Reds and Marlins have a winning percentage of .410. So there’s no reason why the Mets can’t keep this up unless … as stated earlier … baseball very rarely makes any sense.

You can bitch and moan all you want about how much better a position they’d be in if they didn’t have three extra inning losses against the Giants, or three losses at Citi Field against the Cubs, or three horrific blown saves against the Cardinals in the rain, Dodgers in Los Angeles, and the Nationals in Washington. We’ll have plenty of chances to lament all of this. But with the schedule the Mets have at this point, it’s all there for them. All they can do is continue to take care of business against the bad teams, respect all of their opponents as if they’re division leaders like the Dodgers, and then wherever the chips fall will be our basis for lamenting the losses or buying playoff tickets.

It’s right there for them.