Nashville Shuts Out the Wild 4-0 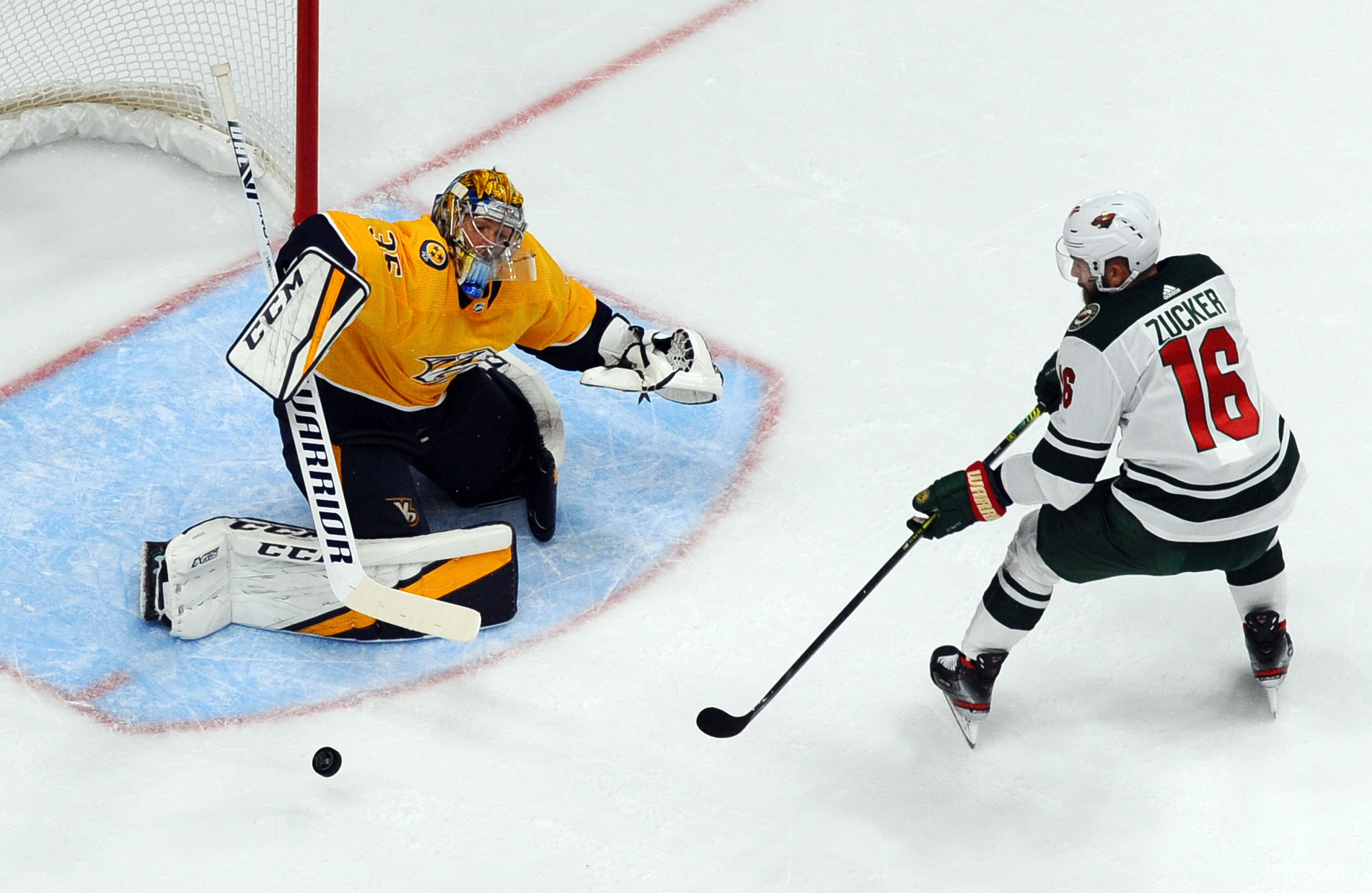 Nashville Shuts Out the Wild 4-0

After having stumbled throughout most of the first 7 games of the 2019-20 season, the Minnesota Wild are riding a two-game winning streak after back-to-back wins against Montreal and Edmonton respectively.  While that may not sound impressive or something to brag about (it isn’t) it was the first time to have consecutive home wins in 10 months.  Now can they follow that up with a big road win in Nashville tonight?

The Predators rallied back against the Wild in the season opener.  The Wild appear to be catching their stride and these two clubs usually bring out a whole other level of intensity and the only way they are going to crawl out of the divisional basement is to beat divisional foes like Nashville.  Can Minnesota make it 3 in a row with a victory over the Predators?

1st Period Thoughts:  It was a much better start for the Minnesota Wild compared to the season opener.  Marcus Foligno thought he buried the first goal of the game as he chipped a pass from Ryan Hartman over the shoulder of Pekka Rinne but apparently the play hit the crossbar and then off the left post and out.  Minnesota’s pace was giving the Predators’ problems and was effective at denying Nashville much in the way of time and space in the Wild’s end of the ice.  Rinne would try to play a puck behind his net and Zach Parise was nearly able to pounce on a bit of a puckhandling gaffe by the Predators’ goalie but Mattias Ekholm was able to sweep it out of danger at the last moment.  The Wild was looking for any opportunity to send pucks on net or catch Nashville off guard in transition.  A nice little outlet pass reached Jason Zucker to spring him on a breakaway but his wrist shot was absorbed by Rinne.  Minnesota kept winning the small races for loose pucks and quickly exiting their zone and keeping Nashville on its heels.  Foligno was making his presence felt as he stapled Nashville players into the boards on multiple occasions.  The Wild’s pesky play was starting to frustrate the Predators as hard work along the wall turned into a few chances from in close as Mats Zuccarello and Luke Kunin were denied at close range by Rinne.  Give the Wild defense a lot of credit for not allowing the Predators to pin the Wild in its own end.  They were so efficient at forcing a turnover and then making an accurate pass out of the zone.  Jonas Brodin, Brad Hunt and Carson Soucy were really exceptional in this regard.  Minnesota had a great chance late as a no-look backhand pass by Zucker reached Mikko Koivu who didn’t get much on the shot making for an easy save by Rinne.  The Wild did just about everything right but score but they had to feel good about holding an 11-4 edge in shots and controlling the pace of play.

2nd Period Thoughts:  Nashville would score just 37 seconds in on a delayed penalty as Miikka Salomaki fired a shot by Alex Stalock.  1-0 Predators which got the home crowd back into the game.  It was not a good goal given up by the Wild goalie.  Throughout the period, the Wild still had the effort but they were not connecting as well on their passes as they did in the 1st period which meant they were spending a lot of time chasing the puck around the ice.  Minnesota still had some decent scoring chances as Brad Hunt stepped into a slap shot that gave Rinne fits and as he steered the shot aside the Wild gathered up the puck quickly Gerald Mayhew tried setting up Gabriel Dumont in the slot but he’d fan the attempt.  Alex Stalock didn’t have to make too many big saves in the period, but most of the time they were shots from the perimeter.  A bit later in the period the Wild had another great opportunity this time on a Jared Spurgeon shot that missed wide that caromed off the boards and was nearly jammed inside the left post by Kunin.  The Predators would add to their lead late in the period in a 3-on-2 but Calle Jarnkrok took a drop pass from Viktor Arvidsson and he’d rip a shot by Stalock.  Another soft goal.  2-0 Nashville.

3rd Period Thoughts:  Wild Head Coach Bruce Boudreau switched up some of the lines in search of some energy and perhaps some scoring as he put Mayhew on a line with Staal and Zuccarello and Dumont on a line with Kunin and Foligno.  Minnesota was taking more chances and carrying most of the play as the Predators appeared content to defend its 2-goal lead.  After a few minutes of working hard to accomplish very little, the Wild finally had their first quality chance of the period as Parise set up Zucker for a one-timer that he drove wide of the goal.  The Predators would immediately counter attack and Rocco Grimaldi found Craig Smith all by himself near the top of the Wild crease and he buried it by Stalock.  3-0 Predators.  A few minutes later, Nashville’s Ryan Johansen would get a slashing call for chopping at the stick of Zuccarello.  Unfortunately the Wild would put out its veteran group first which was slow and methodical and not sending many shots on goal.  The older group took up over half of the power play and this meant Minnesota’s two most dangerous point men in Matt Dumba and Hunt got only a small amount of power play time and the Wild would come up empty with the man advantage.  Staal would get called for a roughing penalty, and the Predators were happy just killing precious time the Wild could ill afford.  The Wild would get the kill but now they had less than 5:30 to try to tie the game as they trailed 3-zip.  Dumont would draw a tripping penalty on Salomaki giving the Wild another chance with the power play.  It wasn’t pretty.  The team at least started Dumba and Hunt for the first half of the man advantage and Hunt had the best shot of the power play.  Unfortunately, everything went sideways once the team put the old guys on the ice and Ryan Suter would cough up a puck that led to a shorthanded breakaway for Colton Sissons and he beat Stalock.  4-0 Predators on the shorthanded tally.  Game over…end of story.

LW – Adam Beckman (Spokane, WHL) ~ the Saskatoon-native had a monster night on Wednesday by scoring a goal and had 4 helpers on 4 shots to give the Chiefs a 7-1 rout of the Wheat Kings.  He earned 1st star honors for his effort.  Beckman has 5 goals, 19 points, 2 PIM’s and is a +13 in 11 games.