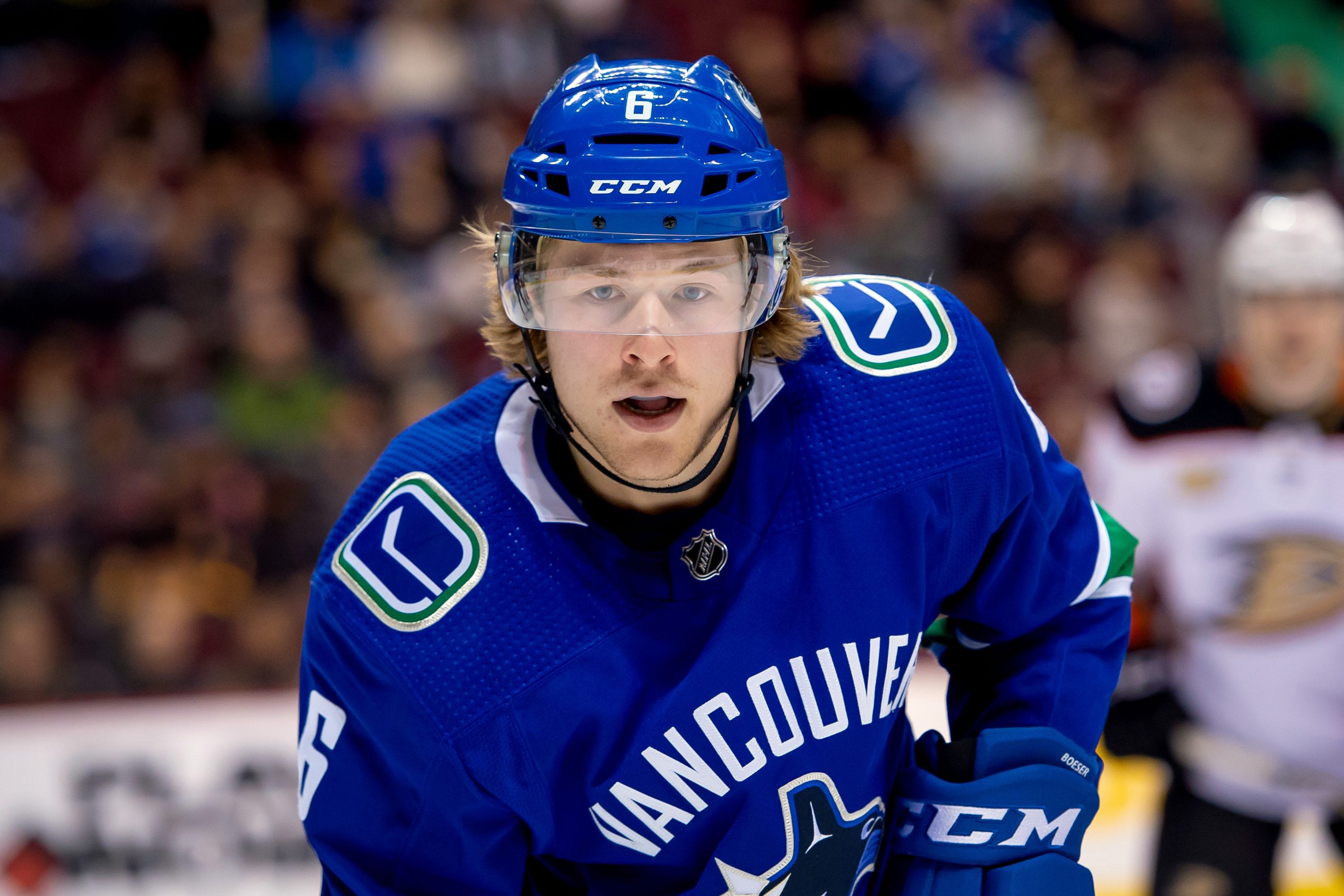 Brock Boeser of Burnsville, MN continued to roll on Wednesday. Boeser, the right hand shooting right winger for the Vancouver Canucks notched his third hat trick of his career as the Canucks beat the Los Angeles Kings 5-3 at Staples Center.

Boeser put the Canucks on the scoreboard and tied the game at one goal apiece with a power play goal from Quinn Hughes of Orlando, FL and Elias Pettersson at the 17:39 of the first period. Boeser then scored at 15:17 of the second period from Pettersson to put the Canucks up 3-2.

Then at the 55 second mark of the third period, Boeser scored his second power play marker of the game from J.T. Miller of East Palestine, OH and Bo Horvat to put the Canucks up 4-2. Boeser’s third goal of the game was also a game winning goal.

Boeser then collected his fourth point with an assist on a power play goal by Pettersson at 15:46 of the third period to put the Canucks up 5-2. There is no doubt that Vancouver’s power play is starting to get dangerous. Of the five Canucks goals against the Kings on Wednesday, four goals came with the man advantage.

On the season, Boeser now has seven goals and seven assists for 14 points in 12 games. He is a +6 with six power play points, one game winning goal, 38 shots on goal, three hits, two takeaways and two giveaways.

This was Boeser’s first hat trick of the season. His first hat tricks came in 2017-18 as he scored three goals in a 4-2 Canucks win over the Pittsburgh Penguins on November 4, 2017. Then last season, Boeser scored thrice in a 6-1 Canucks win over the St. Louis Blues on December 9, 2018. The Boeser hat trick for the Canucks Last year came in a period of the St. Louis season when the Blues were playing horrible hockey. They would turn things around substantially after New Year’s Day, and go from worst to first in winning the Stanley Cup.

The Canucks are second in the Pacific Division with a record of eight wins, three regulation losses and a loss in extra time for 17 points. The most impressive statistic is that they are a +17 which leads the entire NHL. The Canucks have 47 goals scored and only 30 goals against.