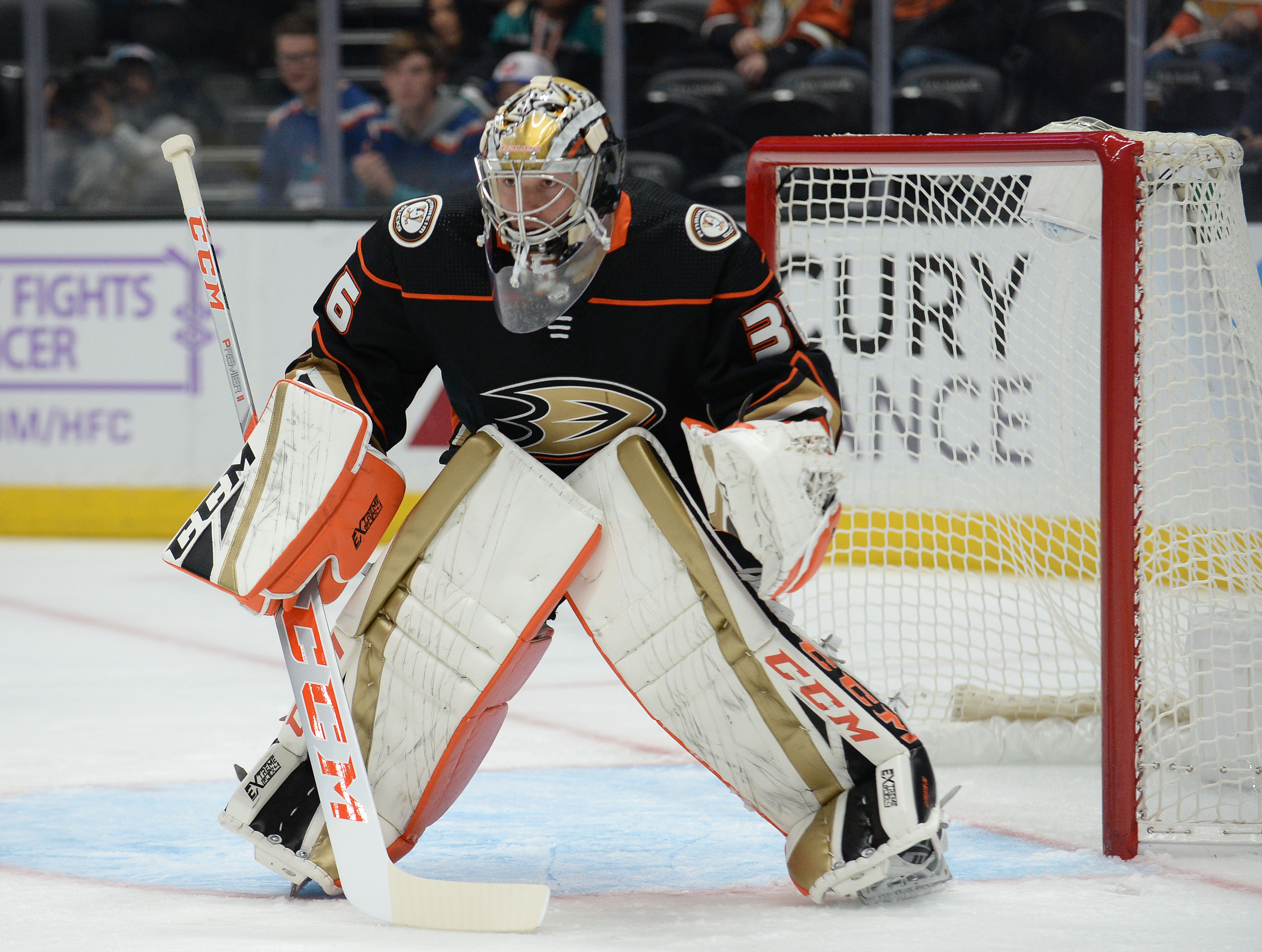 Anders Lee of Edina, MN and Ryan Pulock led the Islanders in shots on goal. They each had four.

The Ducks got goals from Ryan Getzlaf, Cam Fowler and Ondrej Kase. Even though Fowler was born in Windsor, Ontario, Canada, he has lived in the United States since being a toddler and represents the United States in international hockey.

In 2019-20, Gibson has a record of eight wins, 10 regulation losses and one loss in extra time. He has a goals against average of 2.86 and a save percentage of .912. The shutout against the Islanders was his first of the season.

In an interesting statistic, Gibson is tied for the 2019-20 National Hockey League lead in regulation losses. He is tied with Detroit Red Wings goaltender Jimmy Howard of Syracuse. NY. Despite leading the NHL in regulation losses, Gibson has played a lot for the Ducks and his respectable goals against average and save percentage shows he has had a solid season to date.

The Ducks are in seventh place in the Pacific Division. They are currently right at the .500 mark. They have 11 wins, 11 regulation losses and three losses in extra time for 25 points overall. Despite being in seventh, they are only two points back of the San Jose Sharks for a playoff spot.