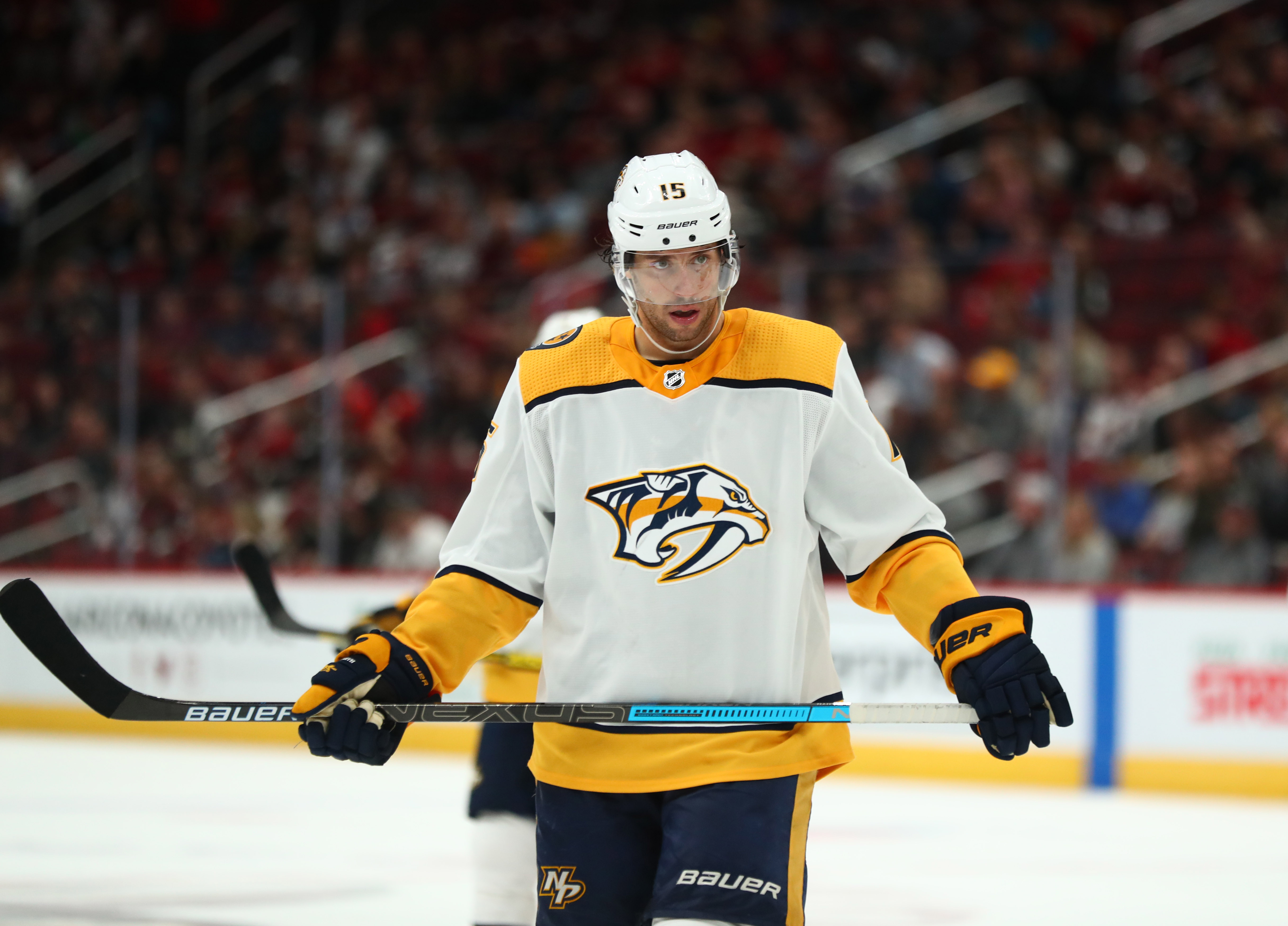 The Nashville Predators played exceptional hockey offensively and defensively on Thursday in a 5-0 win over the New York Islanders at Bridgestone Arena in Nashville, TN. Juuse Saros of Forssa, Finland made 31 saves for his ninth career shutout and Craig Smith of Madison, WI scored thrice for his first career hat trick.

Smith opened the scoring at the 35 second mark of the first period with an unassisted game winning goal which put the Predators up 1-0 at the time. He then scored again at the 7:41 mark of the first period from Rocco Grimaldi of Rossmoor, CA and Nick Bonino of Hartford, CT to put the Predators up 2-0. Then Smith notched his hat trick at 11:38 of the second period from Predators captain and defenseman Roman Josi, which put Nashville up 5-0.

Smith was one of two Predators players with a multi-point game. The other was Grimaldi, who had one goal and one assist for two points. The other Predators goal scorer was Mattias Ekholm.

Saros made 14 saves in the first period, 13 saves in the second period and four saves in the third period. Anders Lee of Edina, MN led the Islanders with eight shots on goal.

This was Saros’s second shutout of the 2019-20 National Hockey League regular season. On January 12, Saros made 28 saves as the Predators beat the Winnipeg Jets 1-0.

The Predators are currently in fifth place in the Central Division with a record of 27 wins, 22 regulation losses and seven losses in extra time for 61 points. They are three points back of the Arizona Coyotes for the eighth and final playoff spot in the tight Western Conference.