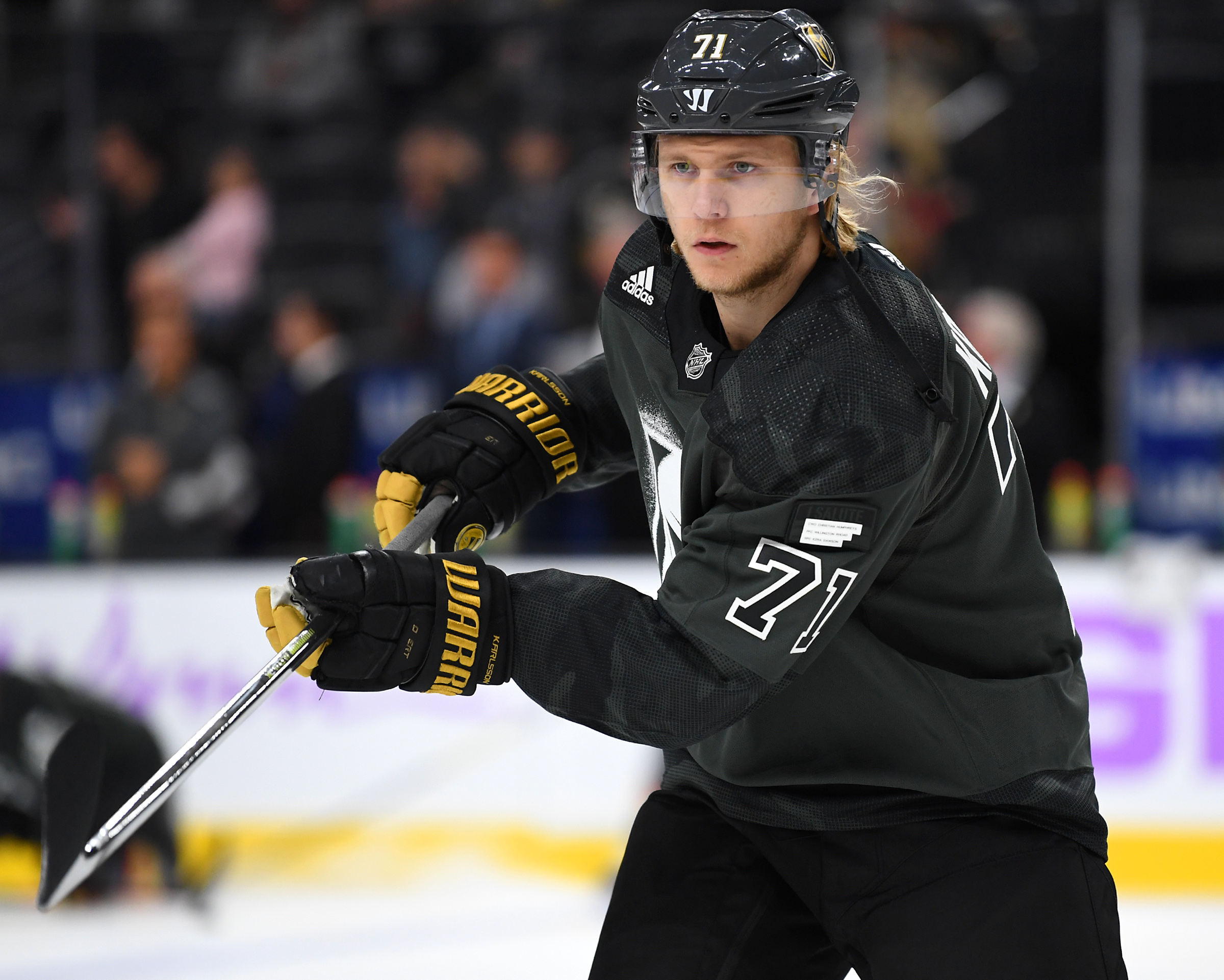 Karlsson put the Golden Knights up 3-2 with 57 seconds left in the second period from Mark Stone of Winnipeg, Manitoba and Max Pacioretty of New Canaan, CT. Karlsson then put Vegas up 4-3 from Chandler Stephenson of Saskatoon, Saskatchewan and Alec Martinez of Rochester Hills, MI at 6:28 of the third period. Then, the Golden Knights went up 5-3 when Karlsson notched his hat trick from Reilly Smith of Mimico, Ontario and Stone.

Even though Karlsson led the Golden Knights in goals during the game, he did not lead the team in points. That is because Stone had four assists for four points. Martinez and Pacioretty also had multi-point games as Martinez had one goal and one assist for two points and Pacioretty had two assists.

It was a memorable game for Patrick Brown of Bloomfield Hills, MI and Golden Knights defenseman Shea Theodore of Langley, British Columbia. Brown scored his first goal with the Golden Knights and only his second goal ever in the NHL. While, Theodore scored in overtime.

The Golden Knights are currently in first place in the Pacific Division with a record of 34 wins, 22 regulation losses and eight losses in extra time for 76 points. They currently have a three point lead on the second place Edmonton Oilers.