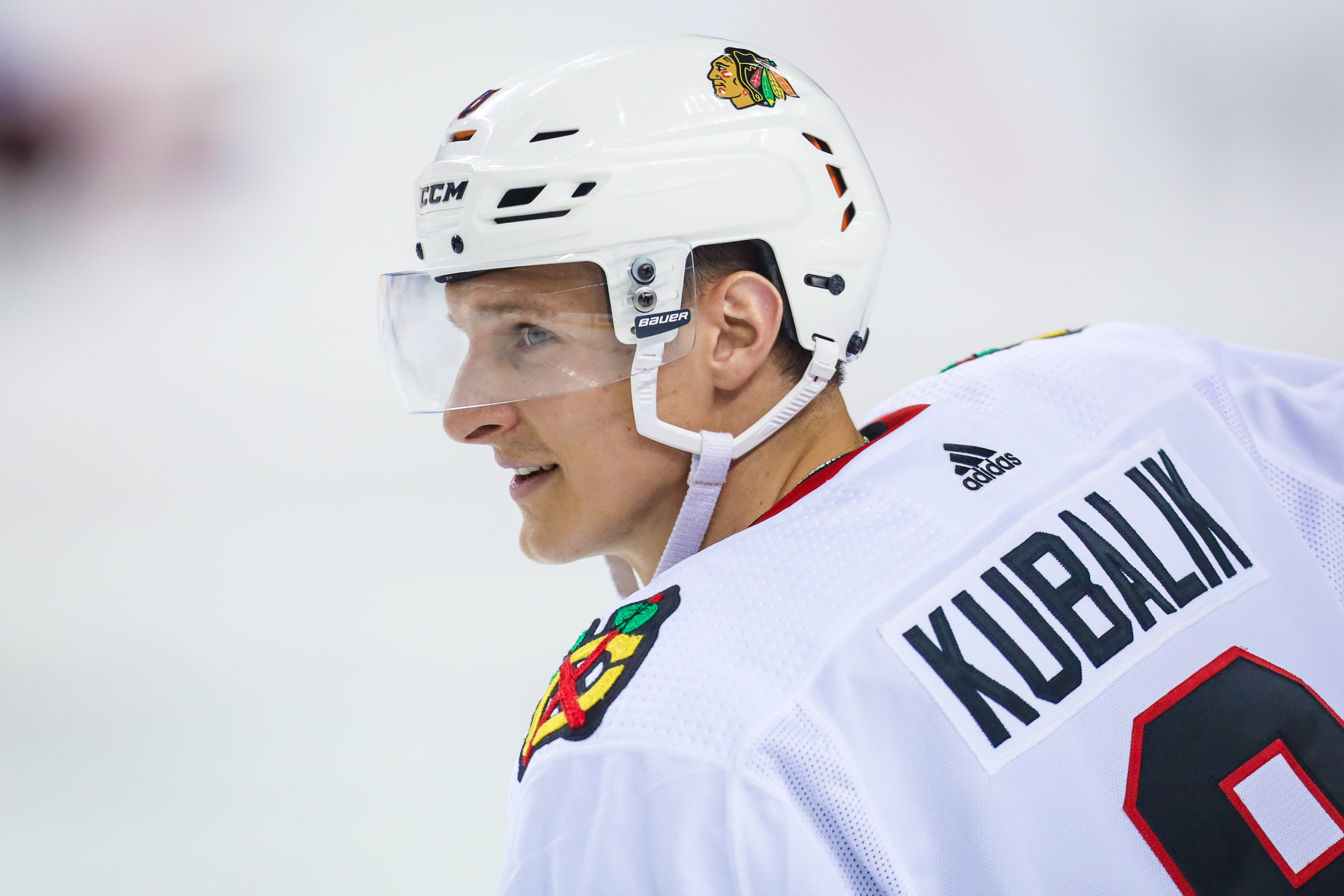 Kubalik helped the Blackhawks deliver the shocking upset as he scored three third period goals. He scored his first goal at 5:02 of the final frame with an unassisted marker which tied the game at two goals apiece.

Then after Slater Koekkoek of Winchester, Ontario scored his first goal of the season and second career game winning goal to put the Blackhawks up 3-2, it was Kubalik who scored the last two goals of the hockey game. Kubalik put the Blackhawks up 4-2 with a power play goal at 11:43 of the third period from two-time Canadian Olympic gold medalist Duncan Keith of Winnipeg, Manitoba and Alex DeBrincat of Farmington Hills, MI. Kubalik later scored an empty net goal from Brandon Saad at 17:29 of the third period to put Chicago up 5-2.

These offensive numbers are strong for a player who was drafted in the seventh round, 191st overall, by the Los Angeles Kings in the 2013 National Hockey League Entry Draft. The Kings traded Kubalik to the Blackhawks for a fifth round draft pick in the 2019 NHL Entry Draft on January 24, 2019.

Kubalik is definitely a Calder Trophy candidate in 2019-20. He leads all rookies with 29 goals, as he has 10 more goals than the rookies who are tied for second place with 19 goals (Buffalo Sabres left winger Victor Olofsson of Ornskoldsvik, Sweden and Dallas Stars right winger Denis Gurianov of Tolyatti, Russia). Kotalik is also third in NHL rookie scoring as his 43 points are only behind Vancouver Canucks defenseman Quinn Hughes of Orlando, FL (51 points) and Colorado Avalanche defenseman Cale Makar of Calgary, Alberta (45 points).