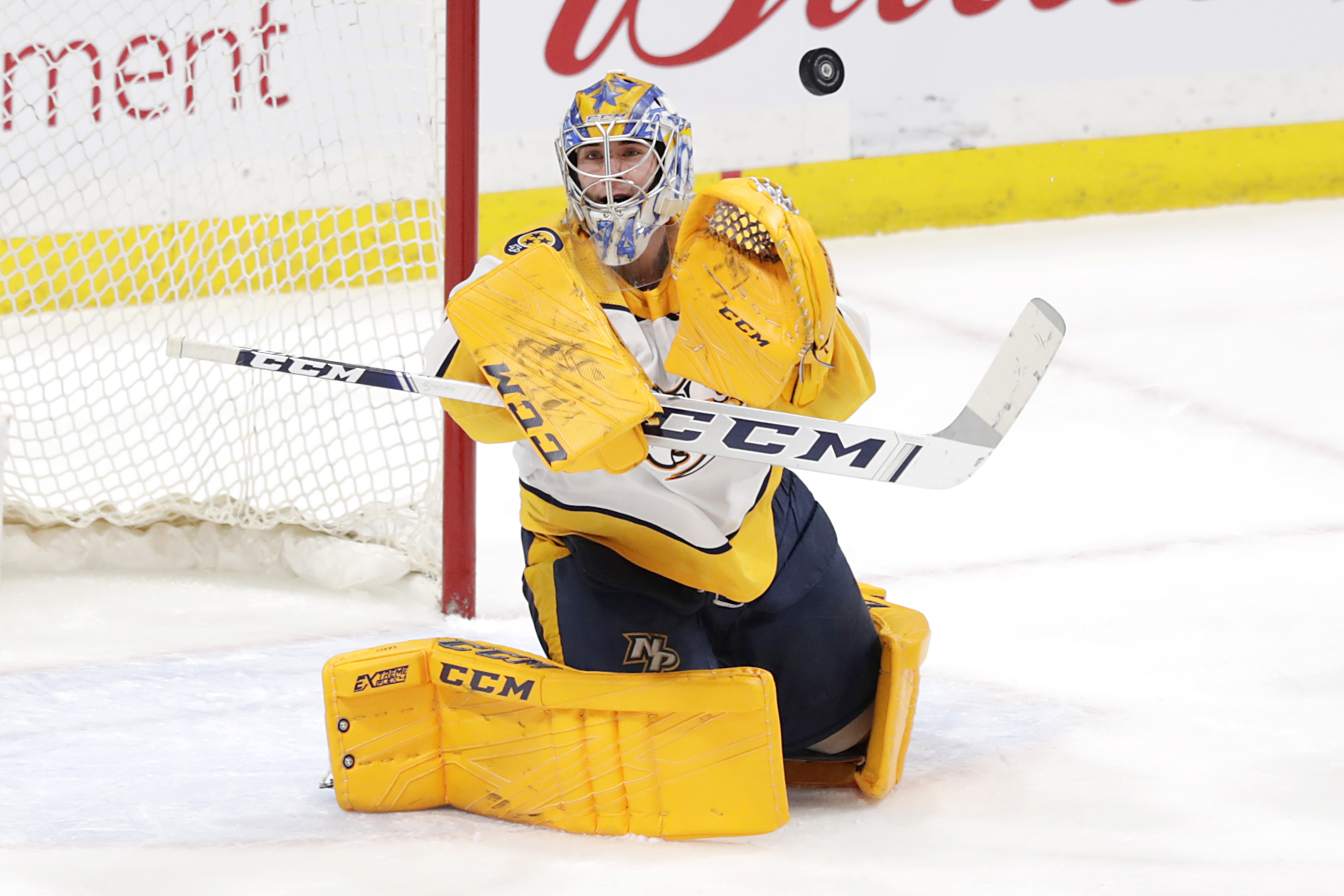 Juuse Saros of Forssa, Finland picked up his 10th career National Hockey League shutout on Thursday. Saros made 33 saves as the Nashville Predators defeated the Dallas Stars 2-0 at the Bridgestone Arena in Nashville, Tennessee.

Saros made 11 saves in the first period, 12 saves in the second period and 10 saves in the third period. Alexander Radulov of Nizhny Tagil, Russia led the Stars with five shots on goal.

Offensively for Nashville, the Predators got goals from Filip Forsberg of Ostervala, Sweden and Matt Duchene of Haliburton, Ontario. Both players scored power play goals. Forsberg’s goal came with 53 seconds left in the first period from Roman Josi of Bern, Switzerland and Kyle Turris of New Westminster, British Columbia. Duchene’s goal came with 6:16 left in the second period from Calle Jarnkrok of Gavle, Sweden and Viktor Arvidsson of Skelleftea, Sweden.

On the season, Saros has a record of 15 wins, 12 regulation losses and four losses in extra time. He has three shutouts, a goals against average of 2.80 and a save percentage of .910. Saros’s two previous shutouts this season came in a 1-0 Nashville win over the Winnipeg Jets on January 12 and in a 5-0 Nashville win over the New York Islanders on February 13.

It is clear that Saros has been the better of the two Predators goaltenders this season. Saros may have three fewer wins than his counterpart, Pekka Rinne of Kempele, Finland, but has a better goals against average and save percentage. Rinne’s goals against average is 3.17 and his save percentage is only .895. Yes, Rinne has three shutouts like Saros has, but needs to show the Predators that he can still be relied upon as a number one goalie in Nashville, or he will continue to lose starts to Saros. Rinne and Saros are both signed through 2020-21.

The Predators currently have a record of 33 wins, 26 regulation losses and eight losses in extra time. With 74 points, they are one point back of the Minnesota Wild for a playoff spot in the Western Conference.