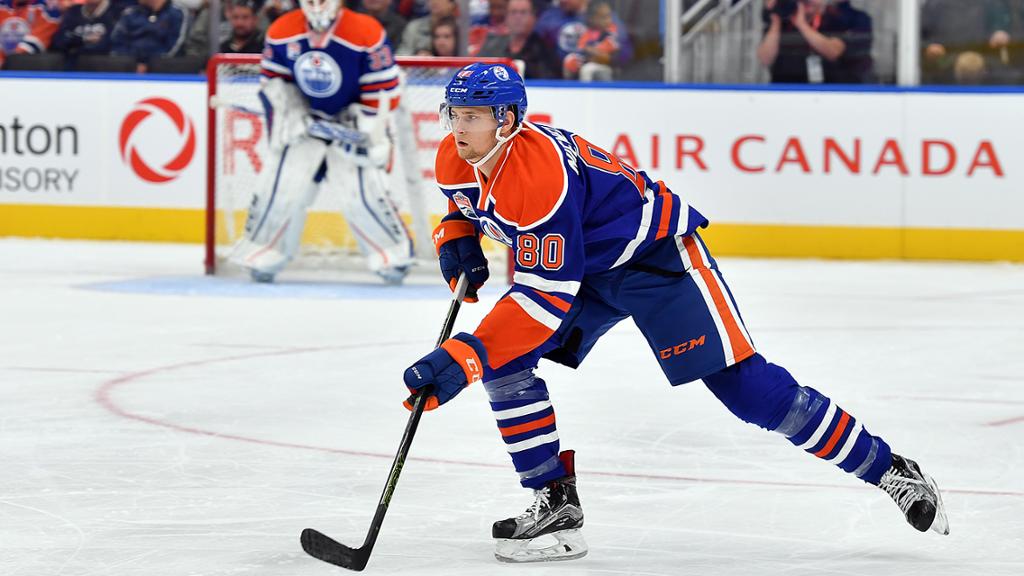 The Edmonton Oilers have made a signing for the third consecutive day. The club has signed defenseman Markus Niemelainen to a two-year, entry-level contract. The club announced the signing this morning.

Niemelainen was selected in the third round, 63rd overall, of the 2016 NHL Entry Draft by the Oilers.

The Finnish defenseman is a hulking 6’5″ and 205 pounds. A left-shot defenseman, Niemelainen is very likely to start his North American career with the AHL’s Bakersfield Condors this fall.

Bakersfield lost a number of key defensemen last season, as Caleb Jones, William Lagesson and Ethan Bear graduated to the NHL. Niemelainen joins Theodor Lennstrom as new additions to the Condors blueline. Lennstrom signed a one-year deal with the club on Tuesday.

Niemelainen played in 55 games for Assat Pori of the Finnish Sm-Liiga last season. He collected seven points (1-6-7) and 42 penalty minutes to go with a -6 rating. Not known for his offensive game, Niemelainen plays a shutdown style and can bring a physical element to the table.

The Oilers will be signing their other 2016 third-round draft pick as early as this afternoon. Sources indicate that the club is close to signing Swedish defenseman Filip Berglund. Rumors began to fly last weekend that a contract was already done, but that was not the case.

It will be soon enough.

The right-shot Berglund is coming off a career-high 20 points (5-15-20) with Skelleftea AIK of the SHL. Berglund, who stands in at 6’2″ and 209 pounds, is more of an offensive defenseman.

This likely spells the end of the Condors career of Logan Day, and puts a return for Keegan Lowe in jeopardy.

The Condors have been busy signing players to AHL contracts as well in recent days. On Wednesday, the team announced that veteran forwards Brad Malone and Luke Esposito had agreed to two-year AHL contracts.

On Thursday, it was WHL forward James Hamblin signing a two-year deal with the club.

Malone, one of the Condors most dependable veterans, is a key get for the team. He played a big role in the development of Kailer Yamamoto, and will likely be tasked with helping Raphael Lavoie, Kirill Maksimov and others this coming season.

Esposito, meanwhile, has emerged as a strong two-way center for the Condors. He had 25 points (7-18-25) in 56 games this past season. He’ll likely also take on a mentor role with the club.

Hamblin, an Edmonton native, joins the Condors from the WHL’s Medicine Hat Tigers. In 63 games this past season, Hamblin recorded 92 points (36-56-92) and a +27 rating.

Hamblin is a small (5’10”, 181 pounds) and skilled forward that will add a scoring touch and some speed to the Bakersfield lineup. Offensively, the Condors struggled in 2019-20. Hamblin will be a nice addition for the club in that regard.