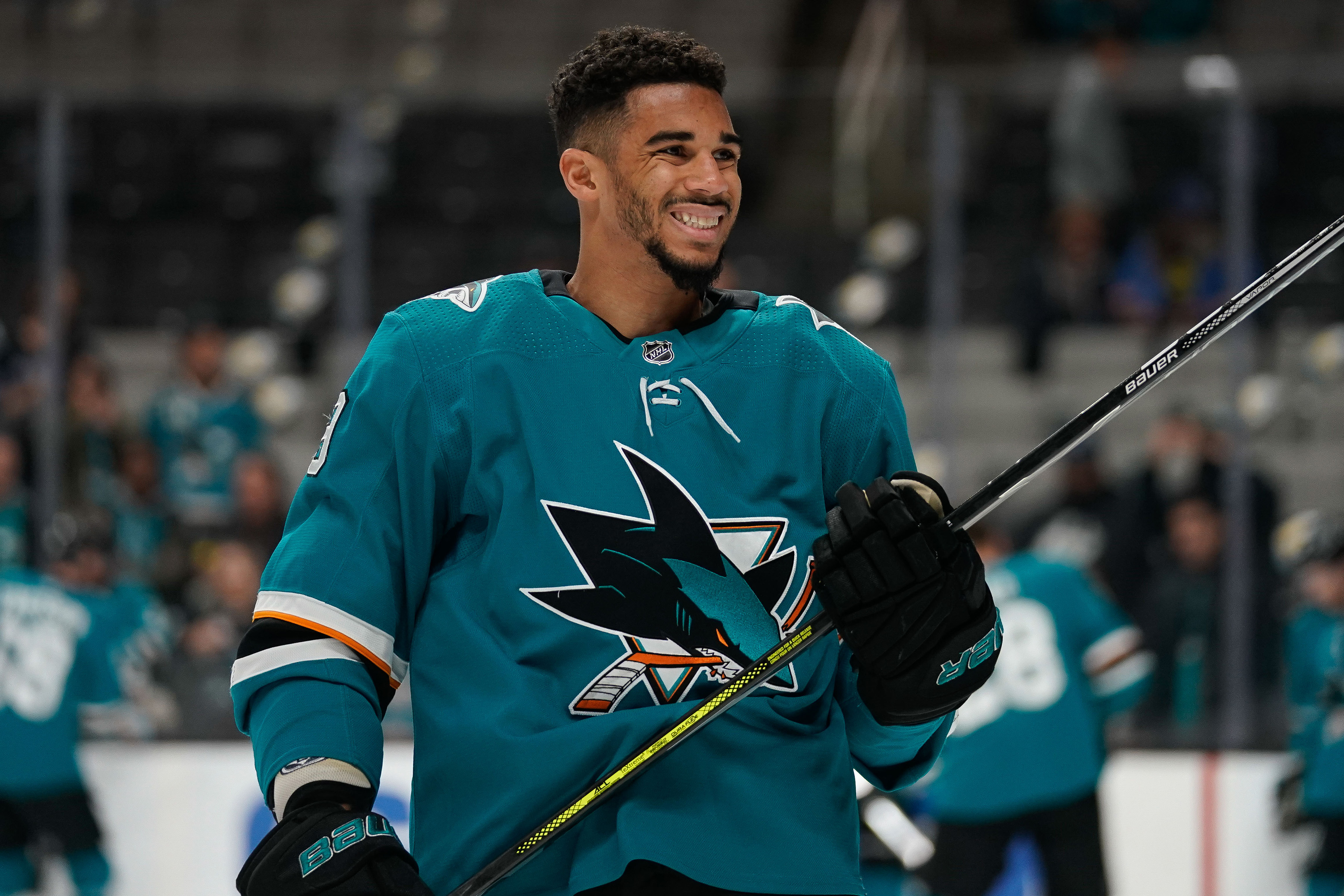 Created by the San Jose Sharks Evander Kane, the Calgary Flames Akim Aliu, and other NHL players of color, the Hockey Diversity Alliance will work to eradicate racism and intolerance in the sport and society.

A news release signed by seven players, including Minnesota Wild defenseman Matt Dumba, Detroit Red Wings defenseman Trevor Daley, Philadelphia Flyers forward Chris Stewart, former NHL forward Joel Ward, and Buffalo Sabres forward Wayne Simmonds, read,  “Although we will be independent of the NHL, we are hopeful that we will work productively with the league to accomplish these important changes. “We believe in the importance of accountability in developing inclusivity and diversity for all involved in our sport, including fans and the league office.”

The group told the New York Times that they were inspired in part by the work of Colin Kaepernick in protesting social injustices, and spoke to Kaepernick for advice before launching the initiative.

“I think it’s enabled us to really feel even more strongly than we did originally about what we’re doing. It was an invaluable call that we had with him,” Kane said.

Aliu and Kane will serve as co-chairs of the Alliance which vows to:

In November, Bill Peters resigned as Flames head coach amid allegations of racial slurs and physical abuse of players in past jobs. His departure came on soon after Aliu tweeted that a racial slur was directed at him by Peters in the 2009-10 season with the American Hockey League’s Rockford IceHogs.

Not very surprising the things we’re hearing about Babcock. Apple doesn’t fall far from the Tree, same sort of deal with his protege in YYC. Dropped the N bomb several times towards me in the dressing room in my rookie year because he didn’t like my choice of music. First one to

admit I rebelled against him. Wouldn’t you? And instead of remedying the situation, he wrote a letter to John McDonough and Stan Bowman to have me sent down to the ECHL. 20 year old on pace for 20 goals in his first pro year with zero PP/PK time was off to a great start in his

“We are pleased to have met with Akim Aliu today and had a productive and candid conversation,” the statement said. “Today’s discussion is part of a broader, thorough review and process that the league is undertaking. We share a mutual objective: ensuring that hockey is an open and inclusive sport at all levels.”

A week later, Bettman told reporters at the league board of governors meeting that NHL personnel will be required to attend mandatory counseling regarding racism and anti-bullying. Bettman also talked about the formation of a hotline for people to call to report any such incidents.

“Going forward,” he added, “our clubs are on notice that if they become aware of an incident of conduct involving NHL personnel on or off the ice that is clearly inappropriate, unlawful or demonstrably abusive, or that may violate the league’s policies involving NHL club personnel, we at the league office — Bill Daly or me — must be immediately advised.

“There will be zero tolerance for any failure to notify us and in the event of such failure, the club and individuals involved can expect severe discipline.”

“It’s time for guys like Tom Brady and Sidney Crosby, and those type of figures, to speak up about what is right and what is, clearly in this case, unbelievably wrong,” he told ESPN. “That’s the only way we’re going to actually create this unified anger to create that necessary change, especially when you talk about systematic racism.”

Crosby released a statement through his charitable foundation’s Twitter page on June 3, calling the recent death of George Floyd in Minnesota something that “cannot be ignored.”

“Racism that exists today in all forms is not acceptable,” Crosby said. “While I am not able to relate to the discrimination that black and minority communities face daily, I will listen and educate myself on how I can help make a difference.”

The newly formed alliance is an exciting step in the right direction. The “Hockey is for Everyone” philosophy is being embraced and here’s hoping they focus in on the LGBTQ2+ community also.

We are proud to announce the formation of the Hockey Diversity Alliance 🏒 ✊🏾 pic.twitter.com/Z5g6BP2b4f