Cap Space: the Senators have a lot of it, but unfortunately that doesn't mean they will use it

Cap Space: the Senators have a lot of it, but unfortunately that doesn't mean they will use it

Weaponizing cap space has grown into a trendy expression in the hockey world.

The concept has been around for quite a while.

Eugene Melnyk used the philosophy to validate the reasons as to why his hockey club was not spending to the salary cap ceiling in 2014.

“We will be opportunistic when the need arises. We have a HUGE commodity that I didn’t mention that is going to be more and more important in the coming years and that is cap space. This was not something that just came out of nowhere. This was well thought through three years ago – is that we would sit, there would be a point in time, we knew this date was coming, that all these deals were all going to come at the same time and our whole objective was to ensure that we have a young team at the time and that we have cap space. Those were the two things and we did that and we were able to put a great team on the ice and an exciting team on the ice. The plan is working and there’s no need to rush. But if we can be opportunistic, and we will be, there are people who will need to unload some serious players.” ~ Eugene Melnyk on TSN radio, January 31, 2014

Cap space is a luxury that smart teams can take advantage of and with the extension of the NHL’s CBA locking in a cap ceiling of $81.5 million over the next two seasons before modest gains in 2022-23 and 2023-24, there is an opportunity for fiscally responsible clubs or clubs in the rebuilding phase of their franchise’s operating cycle to take advantage of teams that are tight against that cap threshold.

Carolina took advantage of the situation last summer by acquiring Patrick Marleau and conditional first and seventh round picks in exchange for a sixth-round pick. (Note: the Leafs’ 2020 first-round pick is top-10 lottery protected. The pick becomes a 2021 first rounder if the Leafs bow out in the play-in round of and win the draft rights to Alexis Lafreniere.)

CapFriendly.com currently lists the Senators as having 29 standard player contracts on the books for next season costing a projected cap hit of approximately $41.9 million.

Restricted free agents like Chris Tierney, Connor Brown, Anthony Duclair, Nick Paul and Rüdolfs Balcers will help chip away at the estimated $39.6 million in cap space that the Senators have, but after spending years championing how smart the organization’s spending habits are, the time is ripe for the Senators to take advantage of this situation.

In years passed, the organization has preferred to acquire bad short-term money, but they did not do it to acquire future assets to help with their rebuilding efforts.

Instead, they procured these deals to move out bad contracts of their own.

No one needed the benefit of hindsight to realize that the contracts belonging to the players like Dion Phaneuf and Zack Smith were problematic, but the Senators got out from under them by acquiring other bad money deals. Players like Marian Gaborik and Artem Anisimov weren’t palatable fits under the team’s rebuilding direction, but these players carried bigger cap hits that actually simply saved the Senators real money.

Looking at the Senators’ roster now, there simply are not a ton of bad contracts on the roster. There is obvious dead money tied up to players like Bobby Ryan, Nikita Zaitsev, the aforementioned Anisimov or maybe even Colin White in the latter years of his current extension, but I would not expect the organization to bend over backwards in an effort to rid itself of these players.

The organization is well-positioned to bolster its future by adding some bad short-term deals without having to shed anyone from its roster.

Just recently, I was asked by Michel Anderson from Eye on the Isles about their cap situation and whether the Senators would be a potential fit for Johnny Boychuk.

Ignoring the possibility that Boychuk may have the Senators listed as a team that he cannot be moved to per the terms of his contract, the thought of acquiring the 36-year old right defenceman may intrigue the Senators.

On the surface, the prospect of adding a defenceman who entered the declining phase of his career years ago is admittedly not very palatable on its own.

A deeper dive into Boychuk’s contract however reveals a player whose contractual terms have appealed to the Senators before.

Boychuk has two years left on his contract extension that carries an average annual value of $6.0 million per CapFriendly.com. For a team with cap space to spare like the Senators, they can easily absorb that money, but what really makes this deal interesting is that Boychuk is owed only $1.25 million in base salary in each of the next two seasons.

Attached to each of Boychuk’s final two seasons is a signing bonus of $2.75 million, but as TSN’s Bob McKenzie revealed, NHL signing bonuses for the 2020-21 season were expected to be paid in accordance with the scheduled terms of the CBA.

With only Nikita Zaitsev and the newly signed Artyom Zub under contract next season, the Senators could use another right defenceman. Although it is possible that the Senators could elect to use prospect Erik Brannstrom on his preferred off-side, the coaching staff and management have expressed their belief that he is better on his natural left-side.

The Islanders’ goal and shot metrics with Boychuk on the ice at five-on-five have been abysmal last five seasons, so there’s no question he’s a below-value replacement player who is actually not that dissimilar from the version of Ron Hainsey that we witnessed play last season.

Those on-ice contributions are obviously not very valuable, but what the Senators could fetch from the Islanders (or any team pressed against the cap ceiling) should have fans excited for what the organization acquire.

With the Maple Leafs trading the Carolina Hurricanes a seventh-round pick and a conditional first (lottery protected) for a sixth-round selection, the market is essentially set for short-term contract dumps. And with the introduction of the $81.5 million flat cap for the next two seasons before modest gains, teams vying to be competitive should be more desperate to shed their bad investments.

It puts the Senators in a really unique situation to be aggressive and with the positional depth in their system and with two selections in the top-five of this year’s NHL Draft, if the organization can manage to add staggered value and add more high end selections in a year or two’s time, that is only going to help preserve and extend this team’s competitive window down the line – whether it’s by adding to their existing pool of prospects or trading some surplus prospects or picks for a more quality player.

That is the kind of ambition the Senators should have this offseason when it comes to adding future value at the simple cost of money, the only hiccup is that the Senators are essentially going to have to spend money to stockpile for value.

Will the Senators spend money though?

That is the million-dollar question, but fans need to pay attention to this matter. It will give more insight into how this organization chooses to operate. It is one thing to cut costs and gut the roster in the disguise of a rebuild, but to not willingly improve this team’s future worth for a relatively small cost, that should get the fans’ attention.

Earlier this month, Ellliotte Friedman appeared on Sportnet’s ‘Tim & Sid’ and indicated that the Senators don’t want to spend a lot of cash.

This unwillingness to spend coincides nicely with the fact that the Senators’ attendance this past season had to have hurt Melnyk in the pocketbook and without any regular season games expected before January of 2021, we are a long way from Melnyk getting some gate revenue.

How the organization proceeds this offseason is going to be a good indicator of how savvy and aggressive they are willing to be to improve the team’s future worth, but if they’re reluctant to spend the real cash like Friedman mentions despite their promises to spend money when the time is right at an undisclosed point in the future, it should raise some red flags.

It is time for the organization to shelve the rebuild bravado.

Gutting the roster and accruing a ton of draft pick and prospect capital is easy.

Making shrewd decisions and taking advantage of others is an undertaking that this management group simply hasn’t exhibited very often. If they can make some smart roster moves that benefit this team’s long-term outlook, it will help imbue some fan confidence in a group that simply has not done enough to deserve it at this point.

It is time for the organization to put some money where its mouth is. 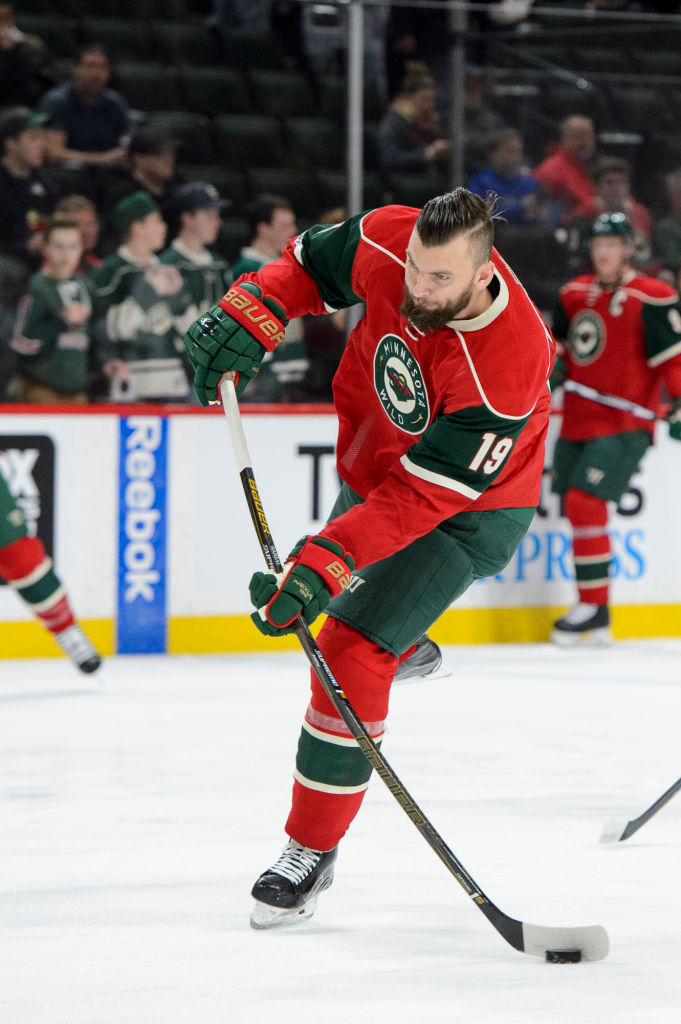 Before the season, reporters asked Packers cornerback Jaire Alexander if he considered himself an elite cornerback. The confident former (…)